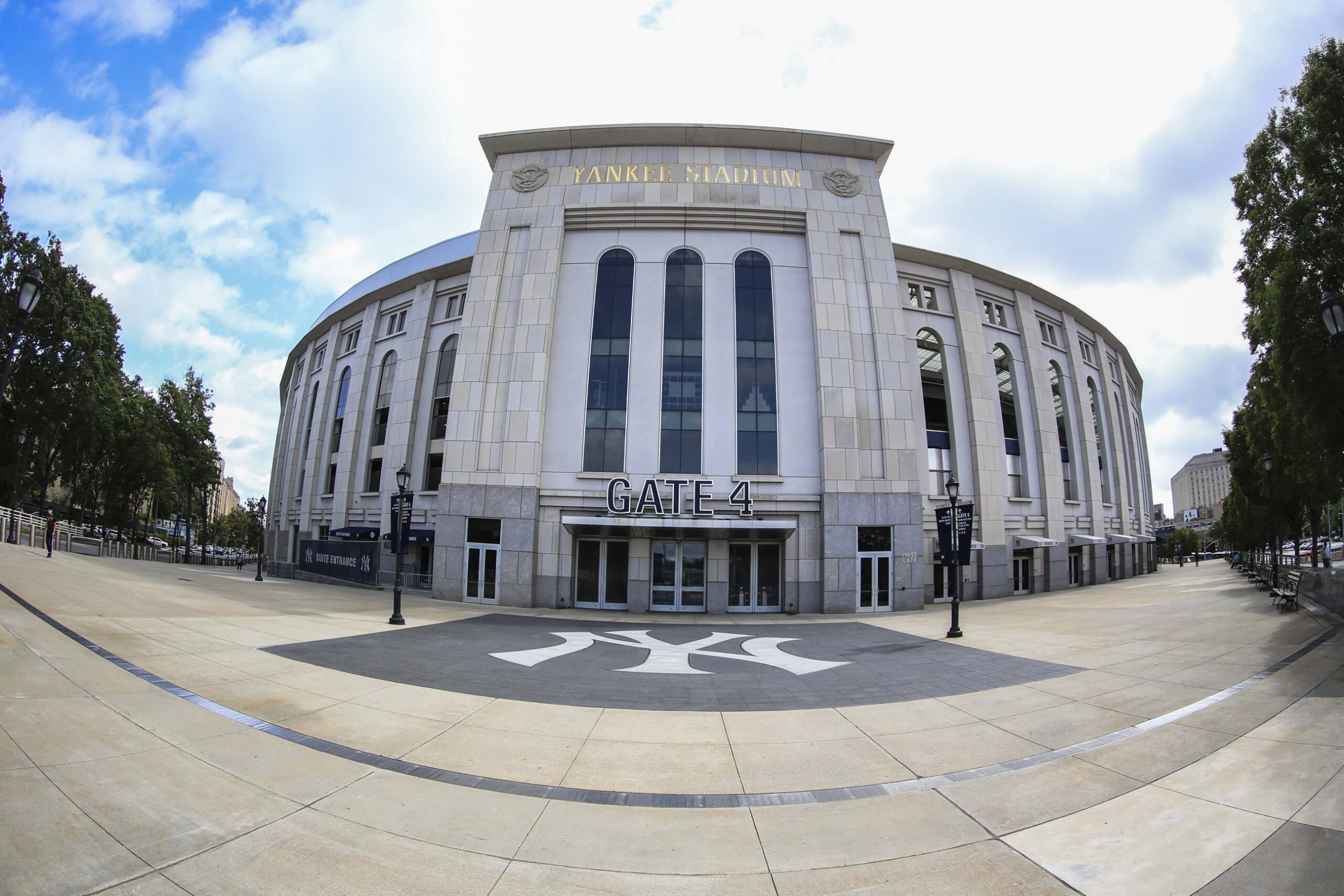 Oriole fans weren’t able to see their team play in Baltimore or anywhere else in 2020. That should change in 2021, and fans hope to see the Orioles play at home, and perhaps on the road.

Last month, we looked at Fenway Park, where the Orioles are scheduled to open next season. After their series in Boston, the Orioles move on to the Bronx.

Yankee Stadium is a popular stop for Oriole fans. New York is easy to get to, and there are countless things to do there. Older fans will remember the original Yankee Stadium, where I watched my first game in 1963. It was refurbished after the 1973 season, and the 1976-2008 incarnation was full of Oriole memories, including Jeffrey Maier.

In 2009, the newest version opened across the street.

Yankee Stadium is expensive — tickets, parking and concessions. Many New Yorkers don’t like it, and thinks it’s a Disneyfied version of the old one. You can still see the subway rumbling by, the façade is still there, and Monument Park is open before games to look at the plaques and remembrances of Yankee greats.

There are a number of souvenir shops and hangouts on River Avenue, across from the ballpark but, because of the pandemic, many might not be around for the 2021 season.

Ticket situation: Yankee Stadium has a capacity of just over 50,000, and tickets are always available. Currently, tickets for the Orioles’ first scheduled game on April 5 are available for as low as $10.

Orioles next visit: April 5-7. They’re also scheduled for visits on August 2-4 and September 3-5.

How do you get there? My recommendation is always Amtrak with its frequent trips between Baltimore’s Penn Station or BWI Station and New York’s Penn Station.

A number of bus lines have inexpensive service between Baltimore and New York.

If you’re insistent on driving, there are lots near Yankee Stadium where you can park for as little as $12. Valet parking at the Stadium can be as high as $40. If you’re staying in Manhattan, parking is very costly.

Most memorable Oriole moment: The 2012 Division Series, where Nate McLouth hit a long fly ball to right field that was ruled foul in Game 5. The Orioles lost the series to the Yankees, 3-2.

What else is there to see: It’s New York, and there’s something for everyone. Retail stores have been hard hit in 2020, and vacancies are at their highest level in many years, but the most popular stores are still there.

If you haven’t been to New York in recent years, I’d recommend a trip to the moving 9/11 Memorial and Museum in lower Manhattan. Tickets range from $15 for children between 7 and 12 and $26 for adults. There are discounts for seniors and military veterans.

Tours of the Statue of Liberty fill up months in advance during good times. If you know you’re going to New York, buy them three or four months out.

Broadway shows are dark through at least May, but if you’ve never been, you need to go.

If you need more baseball, the Brooklyn Cyclones will be a full-season minor league team in High-A in 2021. They play in Coney Island.

Where to stay: There aren’t any hotels within walking distance of Yankee Stadium. My advice is to find a hotel in Manhattan not far from a subway stop. Yankee Stadium is served by the 4, B and D trains.

You can also take the Metro-North commuter railroad to the 153rd Street station, a short walk away. The Metro-North has service from Grand Central Station, Westchester and Connecticut for games.

Hotel prices fluctuate wildly, depending on when you’d like to go. Weekend deals are often available, but they’ll generally cost you at least $200 or $300 a night. Valet parking at large hotels can add $65 or more to your bill.

Where to eat: Again, it’s New York, and almost everything you’d like is available. Chinatown and Little Italy in lower Manhattan are next to each other, and there are scores of great choices there.

If you’d like a good deli, the famous, Katz’s is open around the clock. It’s also in lower Manhattan. If Katz’s sounds familiar, you may have seen it in “When Harry Met Sally.”

Katz’s sandwiches aren’t cheap, but they are huge.

The best steak I’ve ever eaten was at Peter Luger, just across the Williamsburg Bridge in Brooklyn. The porterhouse is tender and hand-sliced, extremely expensive, but a great splurge. Save room for the deserts, which come with their version of whipped cream, schlag. Make reservations far in advance.

Unfortunately, the legendary sports bar, Foley’s, across the street from the Empire State Building in midtown, was another victim of the pandemic. The owner, Shaun Clancy, would like to reopen somewhere in the near future.

Growing up, my favorite hangout was Brennan & Carr’s, a few blocks from my childhood home in Brooklyn. For years, I thought of it as my secret, but if you look on YouTube, you can find it’s been discovered by “The Eater” and “Man Vs. Food.” Their roast beef sandwiches on a soft roll soaked in beef broth au jus are legendary. It’s about 15 minutes from Coney Island.

My ballpark rating: Even though many Yankee fans remember the old Stadium fondly, I immediately took to the new one. The public address system is too loud, but it’s intimate, and the Bleacher Creature’s “Call of the Roll” isn’t the same without Der-ek Jeet-ah.

Yankee Stadium needs to be experienced, but save up for the trip. It’s one of my favorites.