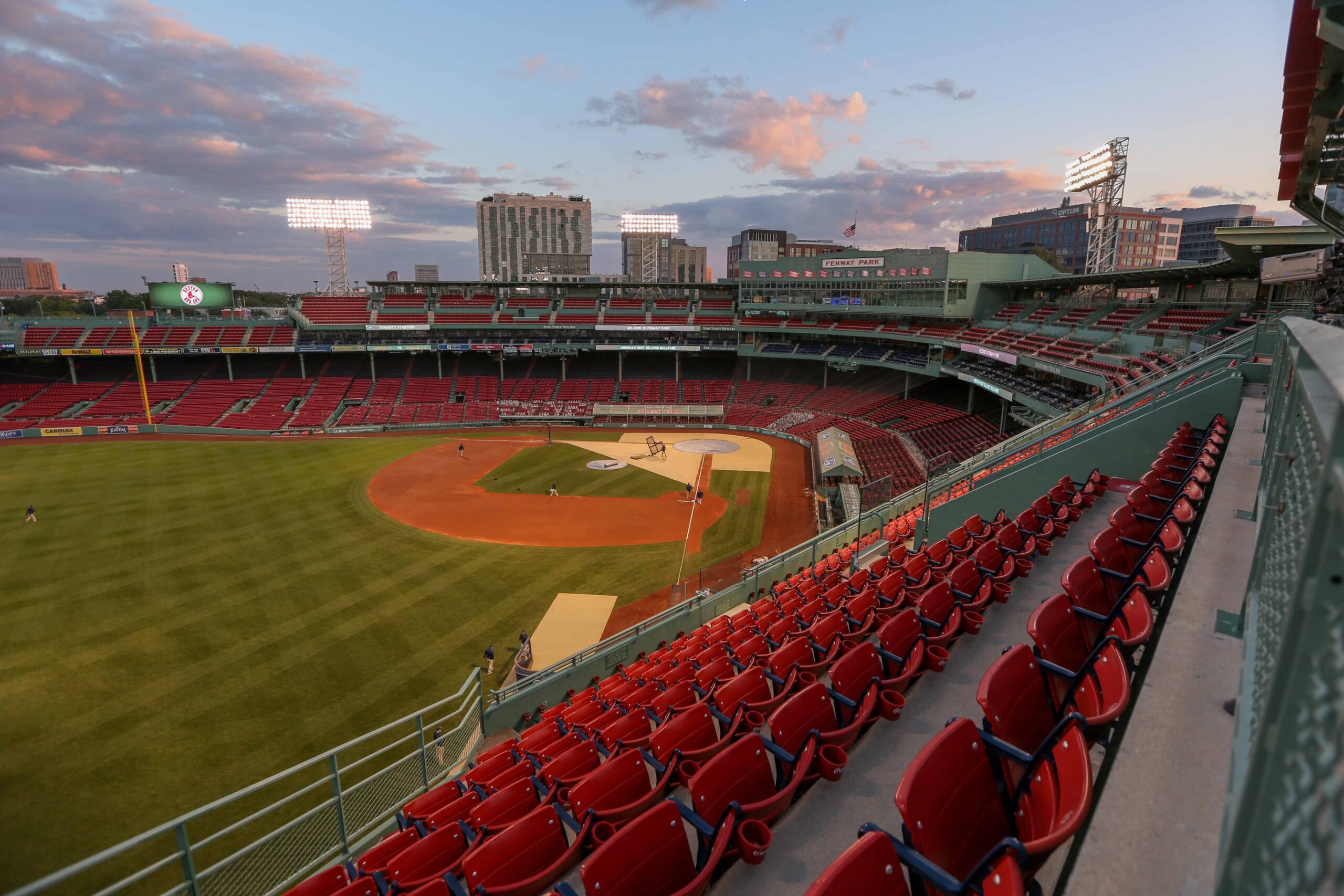 Oriole fans weren’t able to see their team play in Baltimore—or anywhere else in 2020. That should change in 2021, and fans hope to see the Orioles play at home, and perhaps on the road.

Let’s start with the ballpark where the Orioles are scheduled to open the 2021 season.

Fenway Park is the oldest in baseball, built in 1912, and if you’re going on a ballpark journey, it’s one that shouldn’t be missed.

I’ve been to Boston and Fenway dozens of times over the years, and while it’s fun to see a park that’s so old and so different from ones that are a century younger, it’s not as enjoyable as many of those newer ones. The concourses are narrow, and the creature comforts of the contemporary parks are missing.

I experience those narrow concourses after games when I make my way through the departing crowds on my way to the Orioles’ clubhouse.

Jersey Street, which is in front of the ballpark, is a narrow street that’s closed to traffic before and during games. Fans can buy food from ballpark stands right on the street, and stores with Red Sox gear are there, too.

Tours of Fenway are conducted even during the offseason, and they’re not cheap — $21 for adults and $15 for children 12-and-under. These popular tours of “America’s Most Beloved Ballpark” include a visit to the famed Green Monster in left field.

Ticket situation: While the Red Sox regularly sell out, tickets are available on the secondary market, and at the Fenway box office, but they’re not cheap.

As at many ballparks, including Oriole Park at Camden Yards, prices vary by opponent and day. The average listed price for 2020 ranged from an average of $25.86 for general standing room to $163.91 for the best field boxes. Decent seats may cost you $70 or $80 per ticket.

The famed Fenway Franks are popular, and since it’s Boston, Dunkin’ Donuts Coffee is also available. Lobster rolls and Italian sausage are also sold in the ballpark.

Orioles next visit: The Orioles are scheduled to open the season in Boston on April 1st and also will play the Red Sox on April 3rd and 4th. They’re scheduled to return August 13-15 and September 17-19.

How do you get there? Southwest provides regular service, and if you like long train trips, you can use Amtrak. Boston is costly if you have a car, and a trip from Baltimore can be eight hours.

Most memorable Orioles moment: On May 6, 2012, Chris Davis pitched two scoreless innings as the Orioles beat the Red Sox 9-6 in 17 innings.

What else is there to see? Boston is a great walking city with lots of history. The Freedom Trail, which is three miles long, takes you to 16 historic sites.

I love walking in the Boston Common and Public Garden, and since I’m a presidential history buff, the Kennedy Library and Museum is worth a visit.

If you haven’t had enough baseball, you can drive east and see the Cape Cod League. The best college players perform in this wood bat league. Some years, more than 300 Cape Cod League alumni play in the majors.

Where to stay: In good times, hotel rooms in Boston are expensive, sometimes over $300 a night.

There’s a Residence Inn on Brookline Avenue, just a few minute walk from Fenway, but reservations can be hard to come by, and it’s usually not cheap.

Every major chain has multiple hotels in Boston, some within walking distance of Fenway.

Where to eat: Boston is an excellent restaurant town. I love the North End, which has scores of excellent Italian restaurants.

Tourists looking for quality clams, lobster and scrod often go to one of the many branches of Legal Sea Foods, which is generally fine but pricey. There are a few not far from Fenway.

Sadly, my favorite restaurant, the Island Creek Oyster Bar, just a few blocks from Fenway, was a victim of the pandemic. I’ll miss their clams. There’s another one in Burlington, Massachusetts, but it’s nearly 20 miles from Fenway.

My guilty pleasure is Tasty Burger, just down Jersey Street, a block from Fenway. It reminds me of the iconic In-N-Out Burger in California, and the food is cheap, the service is good, and the atmosphere is fun.

I’ve stayed in Brookline, not far from Fenway, a number of times, and Zaftig’s Delicatessen is a great place for sandwiches, and they serve breakfast all day.

My ballpark rating: If you’re talking classic ballparks, I much prefer Wrigley Field, but despite Fenway’s cramped conditions and high prices, it’s still worth a visit.

If you’ve never been, “Sweet Caroline,” is played before the bottom of the eighth of each game, and after Red Sox wins, it’s “Dirty Water” by The Standells.

I rate Fenway just outside the top 10, but Boston is easily one of my can’t-miss cities. The energy in the city and around the ballpark is infectious.