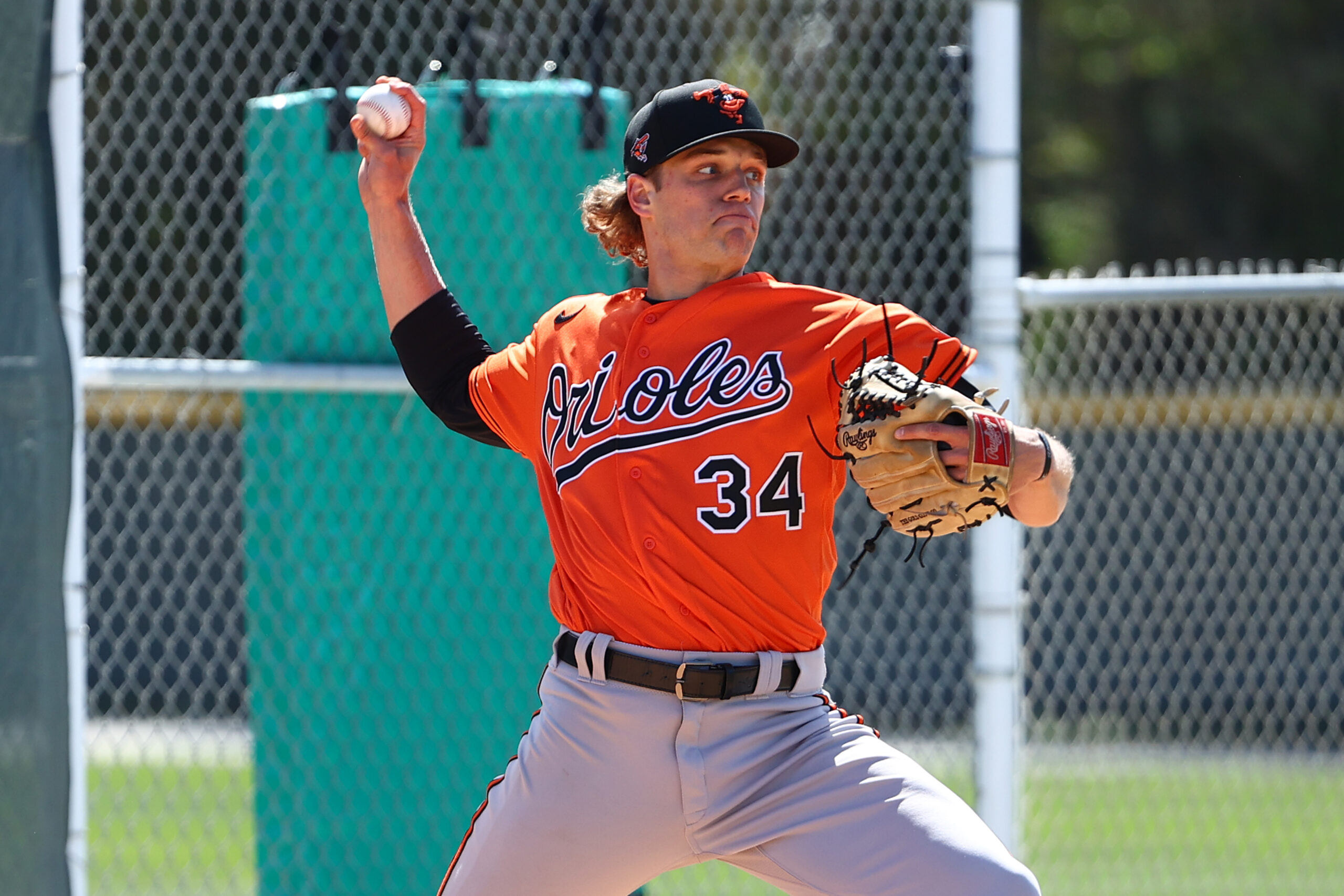 Five of the six players added to the Orioles’ 40-man roster were known to the team’s most avid fans. The sixth, through no fault of his own, is a bit of a mystery.

Isaac Mattson was one of four right-handed pitchers acquired from the Los Angeles Angels in the trade for Dylan Bundy last December, and the 25-year-old was the most advanced of the four.

Because Covid-19 shut down minor league play in 2020, Mattson had to be content with working at the Bowie alternate site.

“It was tough not having games this year,” Mattson said in a video conference call on Monday. “One of the big things that the Orioles did was to hop on some video calls during quarantine, and then when we got down to Bowie, it was great to just spend time with those guys.

“Being separated from the position players, I was able to get to know the pitchers really well. The coaches and the staff is great. I definitely feel more at home than I did about a year ago, and I’m happy to be a part of it.”

The additions of outfielder Yusniel Diaz and pitchers Michael Baumann and Zac Lowther were expected. Mattson’s inclusion was less certain.

“I think everybody hopes that they get that chance to be put on the 40-man,” said Mattson, who’s from Erie, Pennsylvania. “It’s not something that I knew was going to happen, but I was hopeful for it. I was happy with the progress that I made down there at Bowie, was happy to get the chance to join the team with the 40-man.”

Mattson wanted to familiarize himself with the Orioles’ organization in 2020 and show the minor league pitching coaches that he could help the major league team.

“I think every year is important, and every step is important,” Mattson said. “This one was a big one for me, and I’m thankful for all the people that have helped me get here. The job’s not done, and there’s still a little ways to go for me. I know the Orioles have their sights set on competing well in the [American League] East, and I hope to be able to contribute at that level.”

Mattson, who has averaged nearly 11 strikeouts per nine innings, said his biggest accomplishment at the alternate site was working on his slider.

“Each year, I kind of have a project pitch,” he said. “Looking at the numbers, that was something that I could definitely improve for me. So, as the year went on down at Bowie, it was great to get the progress  we had and use the technology and get with coaches and try to find out the best way to attack guys with it.

“Then, by the end of it, I was super comfortable going to it consistently. I was just happy with that progress.”

Mattson had hoped to throw harder.

“It never hurts to have more velocity,” he said. “But, looking at things, I was happy with the way they were able to manipulate some of the pre-pitch stuff with our training staff and our strength coaches, and that’s helped out a lot with sustaining high velocities and being able to recover and come back the next day and be ready.”

Mattson said there wasn’t a complicated explanation for his strikeout numbers.

“Just attacking hitters and trying to be in [the] zone more than being out of the zone more times than not,” he said. “It’s always been pretty simple. If I’m able to execute first-pitch strikes and then when it gets later in the count, being able to execute with either offspeed or setting up a guy late.

“Strikeouts have never really been the goal, but putting myself in a position to be in control of that situation when battling hitters, I do my best with that.”

Bannon thrilled: Rylan Bannon wasn’t at the top of many lists to be added to the 40-man roster.

The 24-year-old infielder, who plays second and third base, knows how important it is.

“From just what they’re telling me, I think I’m definitely going to be in the mix at second base and third base.”

Bannon worked at second base at last month’s Instructional League.

“In the past few years, I stuck at third more than second, but I like having second base in my pocket, and I feel good there.”