Orioles' Rosenbaum talks about working for Kim Ng, and her first year with the team - BaltimoreBaseball.com 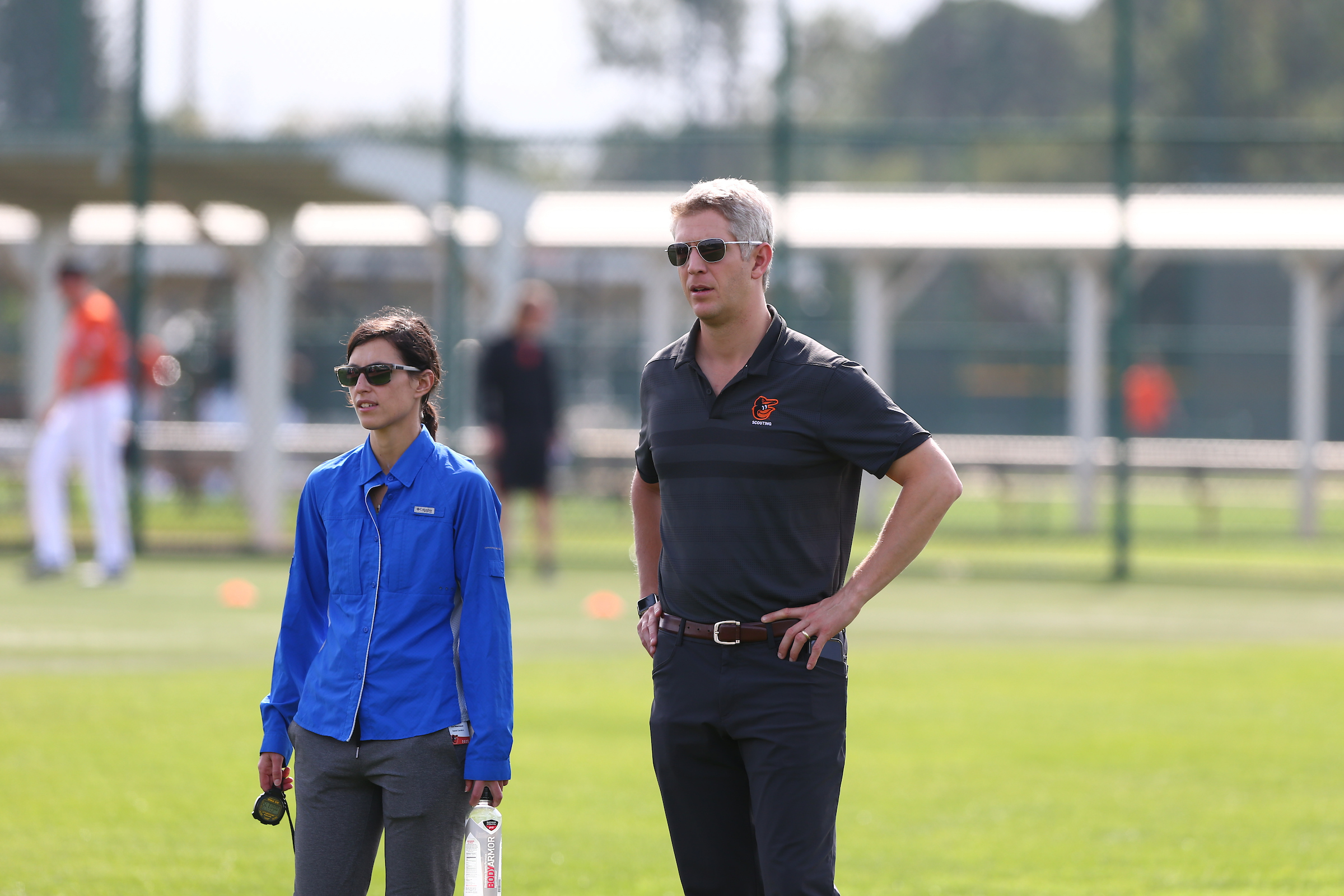 Eve Rosenbaum joined the Orioles a year ago as the team’s director of development. She spent the previous five seasons with the Houston Astros. From 2012-2015, she worked for the National Football League.

Rosenbaum is from Bethesda and went to Harvard, where she was a catcher on the school’s softball team.

She spoke about her reaction to Kim Ng’s appointment as the first female general manager in major professional sports, and her first year with the Orioles.

Question: What was your reaction when you found out that Kim Ng was appointed the Miami Marlins’ general manager?

Rosenbaum: “I was super excited, excited in general because a woman was being promoted to general manager. I think we all were excited, and then I was particularly excited because I interned for her in 2011 when I was a summer intern at the commissioner’s office.

“We’ve kept in touch since then, and she gave me some advice when I first got hired by the Astros, so it was really nice to see someone who I’ve worked with before and I’ve seen how impressive her work is, and it’s just so rewarding to see her finally get the recognition she deserves and finally get the chance to lead a major league baseball team.”

Q: What was the advice she gave you?

A: “She gave me a lot of advice. I actually still have it written down on a piece of paper. I think it was on my last day or my next-to-last day, and we did sort of an exit interview from my internship, and I wrote it down.

“That’s an important piece of advice when you’re evaluating baseball players. You have an opinion about a player. They go out and they perform one way or another and then you can go back and see, what did I get wrong, and what did I get right, and why?

“But it’s also important for any career, whenever you’re leading an organization, whether it’s in baseball or outside of baseball and you have opinions about how the organization should be run, opinions about the team culture or any sort of policies, always keep track of what you think, keep track of what you think, always check in with yourself.”

Q: How would you describe Kim Ng as a boss when you were her intern?

“I definitely got to know her within the office and outside of the office as well. She’s incredibly level-headed, and a very analytical thinker and she was always so calm whenever she was discussing something, no matter how important the topic was, she was always so calm. You just gravitated toward her, and you wanted to know what her opinion is because she’s clearly put in the work to think through her opinion and think through the arguments and the counterarguments.”

Q: Why do you think it’s taken this long for there to be a woman GM in major league sports?

A: “I think change is slow. Any type of large-scale cultural change such as hiring a woman to do a role that’s traditionally been done by men is just going to be slow.

“On the one hand, you need the buy-in from the team that’s making the hiring decision and you also need candidates that are qualified. Baseball has done a great job at trying to get a more diverse candidate set. They’ve done a lot with hiring. They’ve done a lot with outreach, helping people who are already in the game and then the stars just needed to align to have a team that recognized that somebody who doesn’t fit the traditional molds of what a general manager looks like was qualified.

“Basically, I just think that it’s a slow process whenever someone is breaking a barrier, but now it’s broken, it can expedited for others in the future.”

Q: What was your first season with the Orioles like?

A: “It’s crazy, it’s already been a year, right? With the pandemic time frame, I lose all sense of time, but it’s been great. Unfortunately, I didn’t get to watch games. I didn’t get to go to the affiliates because all of our safety protocols, which we took really seriously. I was looking forward to going out to all our minor league teams and watch the prospects. Hopefully, I can do that next year.

“I’ve been working from home, and it’s been great working from home, really getting to work a lot with our research and development team and really getting to spend a lot of time with [executive vice president/general manager Mike] Elias and our director of pro scouting, Mike Snyder. I’m on the phone with those guys and [vice president and assistant general manager, analytics Sig Mejdal] all the time talking through our roster, talking through strategy.

“It’s been fun for the most part because I’ve got my hands in everything. I do a little bit of work with amateur, a bit with pro scouting and I’m talking with our research and development team every day and I check in with our player development staff at least once a week. It’s been super fun to be able to work in all the different areas of the department.”

Q: How hard was it to get a handle on a team when you could only watch on TV?

A: “I feel like I got a pretty good handle, and one of the benefits of being able to watch on TV is you can always go back and watch the highlights immediately as opposed to when you’re in the stands, and if you look down for a second and you missed the play. Unless they show the replay on the Jumbotron, you’ve kind of missed it.

“If you’re watching it on TV, you can always hit pause and rewind or just pull up the play on your phone. I feel like I got a pretty good vibe on the team and our major leaguers just watching from home.

“The one thing I really missed the most is probably the in-person defensive evaluation … TV doesn’t cut to the guy in the field until the ball’s already toward him, so a lot of times you miss his first step or his first reaction. That was the one thing I felt I was missing by not being able to be there in person, was being able to get a good sense of our defensive capabilities, which was a big important issue for our team.

“We have a ton of talented outfielders. We’ve got [Austin] Hays and [Cedric] Mullins in center field. They’re both excellent defenders. I think it’s obvious to anyone following the team, we’re sort of shuffling guys around the infield, and figuring out what we want our alignment to be. It would have been nice to be there in person and watch how the guys reacted off the bat.”

Q: Do you feel the club has greatly improved during the year you’ve been here?

“The combination of players who were here before Elias and Sig got here and we’re seeing them make their major league debuts with [Dean] Kremer and [Keegan] Akin and [Ryan] Mountcastle. Those guys seem to be legit prospects.

“We made a handful of trades this year to really beef up the minor league system. We have international players. We’ve got dozens and dozens of international players entering the pipeline. I feel like in the past year that I’ve been here, we’ve been able to add so many prospects to the system.”