Like Brooks and Cal, Alex Trebek is a legend - BaltimoreBaseball.com 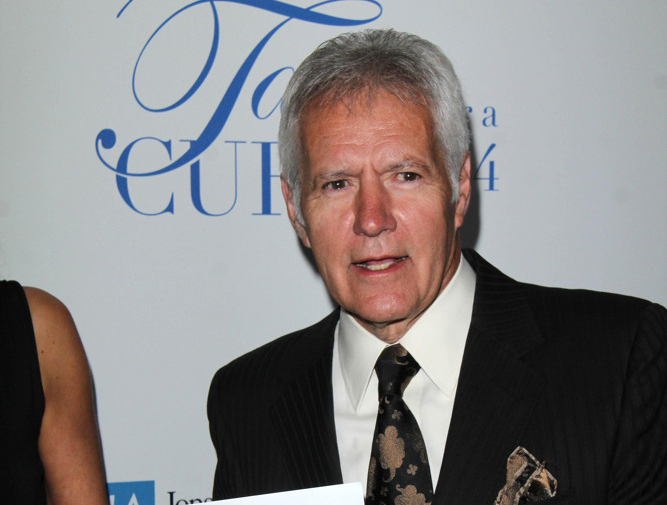 I’m often asked what I do during baseball’s offseason. One of the things I do is watch “Jeopardy!” I also watch it during the season but tape it to watch it the following morning.

Like all “Jeopardy!” devotees, I was saddened by Sunday’s death of longtime host Alex Trebek, 80, who battled pancreatic cancer with grace and courage.

I watched Friday’s program and didn’t have any idea it would be the last I would see with Trebek still alive. Trebek was able to host as recently as October 29th, and his episodes will run through Christmas Day.

Trebek was the Brooks Robinson or Cal Ripken Jr. of the program. There was a host before him, Art Fleming, and there will be a host after him, probably Ken Jennings, the best contestant in program history who joined the show for this season as a consulting producer.

Just as there will be great Orioles in the future, there won’t be another Brooks or Cal. It’s always daunting for the player who comes after a Robinson or a Ripken, and no matter how good Jennings—or someone else—may be, no one will compare with Trebek.

Trebek, who hosted more than 8,200 programs, began in 1984, and I wasn’t a regular viewer then. Other than sports and news, I’m not much of a television watcher, but “Jeopardy!” is special.

The program always had a devoted following, but Trebek’s public fight against cancer gained him even more renown. Last year’s run by James Holzhauer, a sports gambler from Las Vegas,who won 32 consecutive games, boosted ratings even more. Holzhauer lost to Jennings in the program’s Tournament of Champions earlier this year.

Since I love sports so much, I was drawn to “Jeopardy!” by the intellectual competition. I twice took the online test for the program but never got called.

About a decade ago, I knew someone who was going to be a contestant. I’m a good player, but he was better, and I practiced with him several times before the program. On the show, he flubbed final Jeopardy and was left with nothing. I would love that chance.

“Jeopardy!” doesn’t have a cult following. It’s more like a secret one. This year, I mentioned to several people that I watched it and was surprised to find out that they did, too.

In baseball, I love to watch “the game within the game,” and as I watched “Jeopardy!” more, I thought I was getting better at it.

If Trebek hesitated when a contestant gave him an incorrect answer, that often meant that it was a slight mispronunciation. If you knew the correct one, you could correctly answer.

Your first answer is more often right than if you have second thoughts, and don’t give up on a category just because it doesn’t interest you or you don’t know anything about it. Sometimes the answers aren’t literal, and you can make a decent and correct guess.

It was fun to watch Trebek in action. He was very human. Like a sportscaster, he delighted in competitive games and you could tell his disappointment when the contestants were unable to answer a few questions in a row.

When he knew one of those answers, he’d give it with great confidence. When it was a difficult question that he didn’t know, he’d simply read it.

Trebek, a proud native Canadian, was a big hockey fan. The Ottawa Senators had him announce the third overall pick in last month’s NHL draft.

On a recent program, he was embarrassed when players had no idea in several questions in a category on Yankee Stadium. Who wouldn’t know that Babe Ruth hit the first home run in old Yankee Stadium? Who couldn’t identify that Yogi Berra was standing 60 feet, 6 inches away from Don Larsen?

On another show, he was taken aback when contestants showed they knew nothing about football.

With no sports to watch during the four-month pause last spring and summer because of the pandemic, I never missed a program. When the new taped programs ran out and reruns of classic episodes were aired, I was disappointed. I feared that Alex would never appear again.

The program helped me get through the pandemic from March through July, and it’s doing the same now. Fortunately, there are still seven more weeks of Trebek to watch, and that will give the producers some time to choose a new host. I promise not to be too hard on Trebek’s successor.

If you’re not a fan of the show, answers must be in the form of a question, and here’s mine for you: “The best description of Alex Trebek.”

What is a legend?