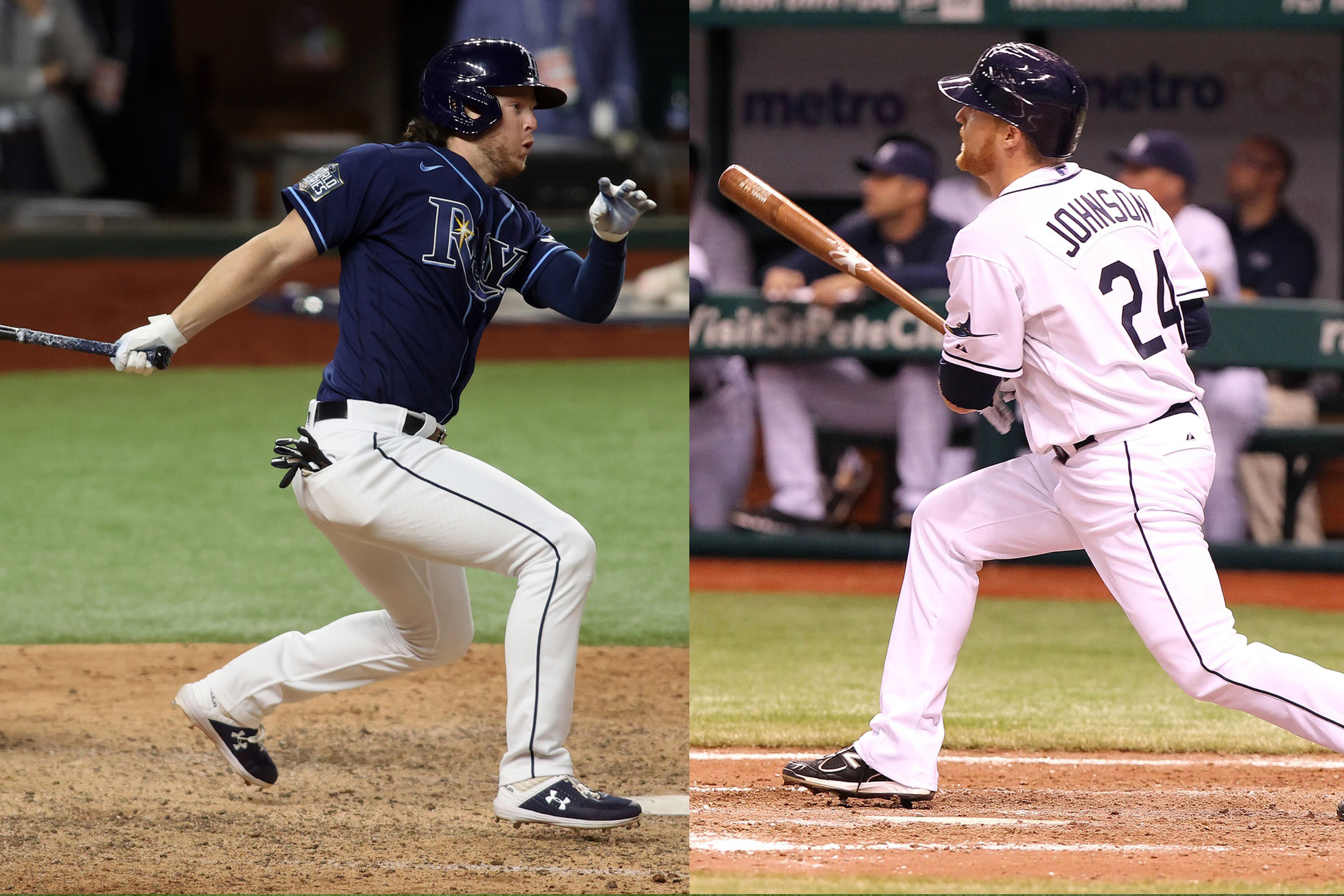 One of the most wonderful things about baseball is that any player on any team can deliver the unforgettable.

In Game 4 of the World Series, Brett Phillips’ ninth-inning single, with the help of two errors, scored two runs and gave the Tampa Bay Rays a series-tying 8-7 win over the Los Angeles Dodgers.

Fans will remember Randy Arozarena’s stumble and recovery on the way home with the winning run and Phillips’ airplane ride around the outfield that left him out of breath.

Only the hardcore fans knew Phillips, who was previously famous for baseball’s most outrageous laugh. In parts of four seasons with the Rays, Royals and Brewers, Phillips has a .202 average in 153 games, and he was in the game after he pinch-ran for Ji-Man Choi in the eighth inning.

“I’m sure he was probably like, ‘Oh no, we’ve got to go to the last guy on the bench,” Phillips told reporters in Arlington, Texas.

Oriole fans remember Tito Landrum winning Game 4 of the 1983 American League Championship Series against the Chicago White Sox with a home run, and sending the Orioles to the World Series.

Phillips, who grew up in Seminole, Florida, not far from Tropicana Field in St. Petersburg, remembers that as a young Rays fan, a similar relative unknown had two big home runs for Tampa Bay.

Dan Johnson, who had five at-bats for the Orioles in 2013, hit a pinch-hit homer in his first at-bat for the Rays in September 2008 that won a big game in Fenway Park.

Three years later, while Oriole fans were celebrating Robert Andino’s “Curse of the Andino” game-winning hit that knocked the Red Sox out of the 2011 postseason, Johnson struck again.

He hit a ninth-inning home run that tied the Rays’ game with the New York Yankees, and Tampa Bay won in the 12th on an Evan Longoria home run. The Rays were in the AL Division Series, and finished ahead of Boston.

“To be mentioned with his name now? Wow, that’s special,” Phillips said. “ “I feel blessed — especially in St. Pete, my hometown, that’s crazy. So shout-out to Dan Johnson. You’ve always got to give credit to the people before you, because they paved the way. He definitely was a hero, and still is, in the Tampa Bay area.”

Johnson, who threw out the first pitch for the game virtually from a field in his Minnesota home, was watching on television with his wife, Holly.

“Of course it would happen, the day that I threw out the first pitch,” Johnson said in a telephone interview on Monday.

“I’m not lying, I was sitting there, and said to my wife, ‘This is exactly perfect.’”

He knew he and Phillips had similar careers.

“When you see the numbers, people who aren’t in the baseball world, they don’t understand that those numbers aren’t indicative of who you really are. To get to that level, there’s talent and everything else … It reminded me a lot of those situations that I was in, kind of the underdog feel … he drops one in, and the rest is history.”

Johnson was a September addition to the Orioles in 2013 and didn’t play much, but he fondly remembers watching Chris Davis swat the last of his team record 53 home runs and Manny Machado show why he won the Platinum Glove.

“The stuff that they were doing that year was amazing,” Johnson said.

In parts of 10 seasons with six teams, Johnson was like Phillips, an extra player. A first baseman in the majors, Johnson tried to make it back to the majors as a knuckleballer, and was pitching in Independent ball at 39 in 2018.

A graduate assistant baseball coach at the University of Nebraska, Johnson used the pandemic to switch gears and is studying for his Series 7 stockbroker’s license and coaching his youngster’s teams.

Johnson uses his competitive drive to try to beat the stock market, and was glad to watch a player with whom he identifies win one of the most dramatic World Series games in history.

“To be able to help someone, to be able to inspire someone to do something and not give up and succeed like he did, it makes me feel good that something like that came about from something I’ve done,” Johnson said.

Manto, who was let go by the Orioles after the 2019 season, runs a baseball school in suburban Philadelphia.

Near the end of Manto’s career, he played three seasons with Roberts for Cleveland’s Triple-A Buffalo team.

Roberts, who didn’t make his major league debut until he was 27, told reporters before Game 3 that Manto advised him not to rush things.

“You want to make sure it doesn’t speed up on you,” Roberts said.

In a telephone interview on Monday, Manto said he immediately recognized Roberts’ potential as a player and manager.

“He absolutely passed the eye test,” Manto said. “He could play defense, he could throw pretty decent, and he had speed. The only thing he needed to do was put it together and get noticed.”

Roberts got advice from Manto, who was seven years older and in his mid-30s.

“He asked a lot of good questions,” Manto said. “He wasn’t afraid to ask why. Why did that happen? Why did you sit on this pitch? Why does that defender play there? He was always intrigued, more than anything.

Roberts manages superstars with the Dodgers, who lead the Rays 3 games to 2. He’ll try to win Los Angeles’ first World Series since 1988 in Game 6 on Tuesday night.

Manto knows that dealing with some of the game’s biggest name players isn’t easy.