Vince Bagli was The Dean of Baltimore Sports - BaltimoreBaseball.com 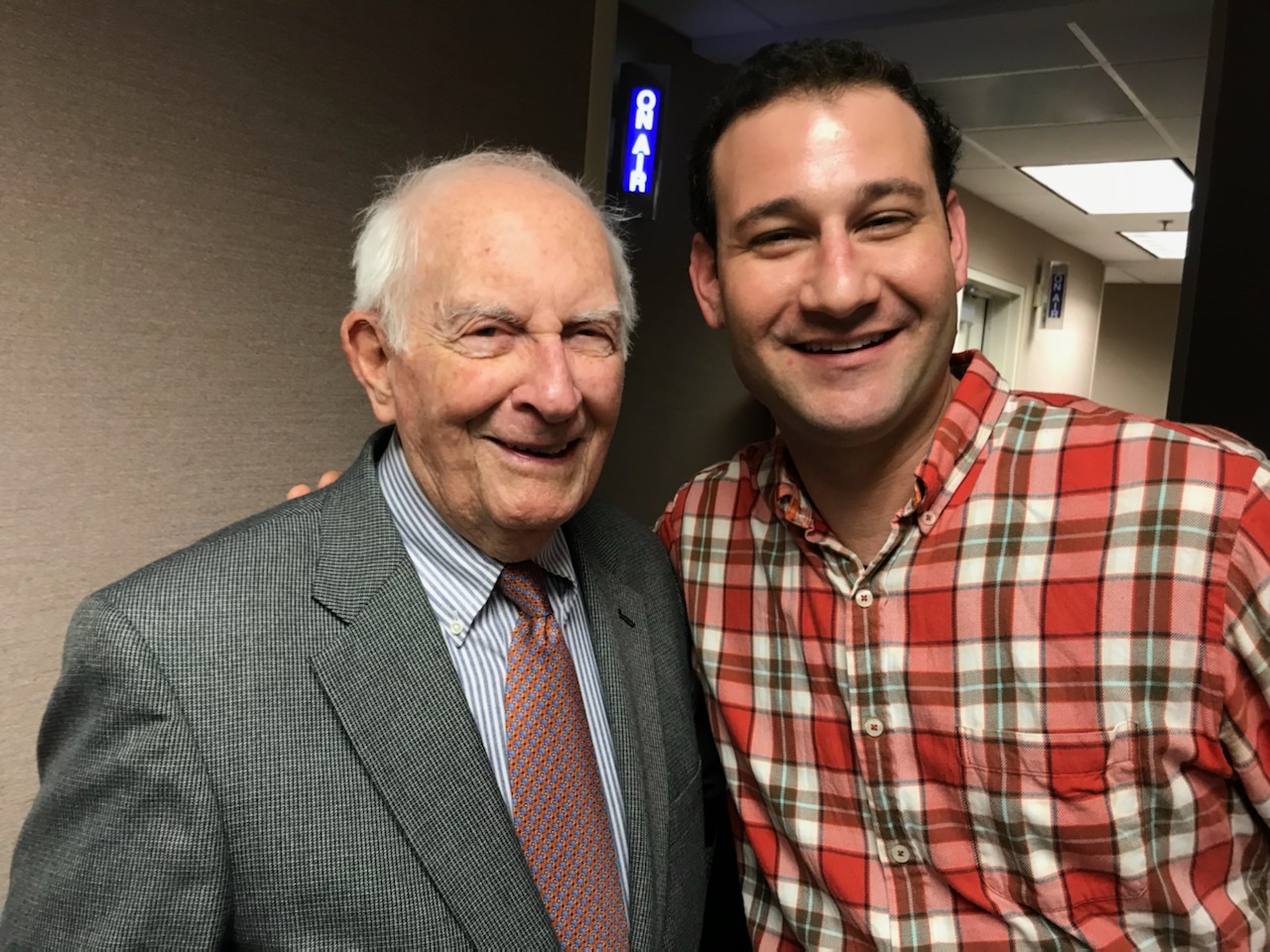 When I came to Baltimore in 1980, Vince Bagli was in the middle of his 31-year run as weekday sports anchor at WBAL-TV. At first, I didn’t know what to make of him.

Bagli didn’t fit that mold, but I quickly learned that he fit a more important mold. He knew his subject and audience.

Bagli died on Tuesday night at 93, and it wasn’t surprising that his death was accompanied by sadness from big names in sports, and the smaller ones, his fans.

He liked to tell the story of covering a football game at Navy early in his career. There was another young man working at that game, and the two shared a ride back to Baltimore.

He was hardly the smoothest. A former executive at WBAL, now deceased, once told me that Bagli had frustrated him. In his mind, Bagli should have read off the teleprompter and tried to be a little more polished.

That could have helped him advance in his career, maybe gotten him to New York. But that wasn’t Bagli. He went off-script and did things his way, and viewers loved him for it.

Bagli was a longtime sidekick to famed broadcaster Chuck Thompson on Baltimore Colts broadcasts. Even though Bagli was in the analyst’s chair, there wasn’t a lot of analysis, but there was joy, and listeners appreciated the pair’s work.

Fans also identified with Bagli’s sadness and anger when the Colts abruptly left Baltimore for Indianapolis in 1984. They knew he was one of them.

What I quickly learned about Baltimore is that people in the media often stay here. Not only did Bagli work for more than three decades at WBAL, but others who reported Baltimore sports on television — Bruce Cunningham, Tom Davis, Scott Garceau, Pete Gilbert, Gerry Sandusky and Mark Viviano — have stayed here, seemingly forever.

Local news isn’t as prominent as it was during Bagli’s prime. Viewers don’t have to wait for the 11 p.m. news to see the highlights and, sadly, there aren’t nearly the number of events there were here in the 1960s when Bagli began at WBAL.

Back then, there were the Orioles, Colts, the NBA’s Bullets, the American Hockey League’s Clippers, daily horse racing and regular boxing matches in addition to college and high school sports.

These days, it’s the Orioles and Ravens, the Preakness and college and high school sports.

Bagli knew people in all sports, and everyone liked him because he was genuinely a nice man who cared about people.

Fans who ran into him would invariably talk about how he engaged them. Those he mentored would be told to be yourself because that’s what Bagli was.

He left Channel 11 in 1995 and was succeeded by Sandusky, but for decades he came to Orioles and Ravens games because he enjoyed the camaraderie, and people enjoyed that he was there.

Bagli didn’t change with the times. He still read newspapers and ignored the internet.

For many years, I contributed to Orioles coverage for The Carroll County Times, and Bagli, who lived in Finksburg, would read that paper faithfully.

In 2011, I began covering the Orioles for Comcast’s Baltimore website, but in Bagli’s mind, I worked for The Times. In 2014, The Sun bought The Carroll County Times, and I was no longer contributing to their coverage.

Bagli sought me out at Oriole Park one day, worried about me because he no longer saw my byline. I had to assure him that I had a regular job and was just fine.

Watching a colleague attempting to show Bagli an app on his smartphone was amusing. It was like trying to explain nuclear physics to a 3-year-old.

But that was Vince, and that’s what viewers loved about him.

Bagli kept coming to games for years even as he neared 90, and everyone would remark that he was spry, engaged and fun to be around.

We didn’t see him for the last few years because he had stopped driving and wouldn’t ask anyone who lived nearby to drive him to games.

Bagli wouldn’t fit in today’s sports environment. Analytics in baseball and football would frustrate him, and he’d wave his arms in disgust, I’m sure.

He was a man for his time, and that time was a very long time.

Vince Bagli was a fixture in Baltimore for decades, a gentleman and such a wonderful guy. He will be missed. @wbaltv11 pic.twitter.com/M8n2i1apVa

Baltimore loses one of their legendary sports fixtures, Vince Bagli at 93. What a gentleman! So lucky to have known him since I broke in at 19.Lit up the press room like the Sun! #RIP @masnOrioles

My wonderful friend and mentor, Vince Bagli passed away last night. He was 93. We called him the Dean. He taught so many of us what it meant to be a gentleman, to be fair, to tell stories that matter. Rest In Peace, Dean. Love you. Thank you. Miss you. pic.twitter.com/7IpGXmNoAa

Baltimore lost a legend today… Simply put Vince Bagli was one of the kindest, nicest, and genuine people I’ve ever met. It was a thrill just to talk with him. And whether you listened to Colts games or watched WBAL-TV no one delivered it with more enthusiasm and love of job. pic.twitter.com/4FzjIBGNFy

he’s the reason I love Baltimore sports, my first Os game was when he threw out the 1st pitch in 95. he was an amazing storyteller, I’m grateful to be his granddaughter.