Four days after the 2020 schedule was announced and 15 days before the 2020 season is expected to start, Major League Baseball announced its 2021 schedule on Thursday.

Instead of reworking this year’s scrapped schedule, which pitted the Orioles against the National League Central, American League East teams will be playing NL East teams—as they’re doing this season.

The Orioles will play the Nationals in three game home-and-home series, as they’re doing this year. They’ll play at Nationals Park May 21-23 and play the Nats at home on July 23-25.

For the first time, the Orioles will have a two-game home-and-home series with the Miami Marlins. They’ll visit Marlins Park April 20-21 and Miami will be at Camden Yards July 27-28.

In 2015, 2018 and again this season, the Orioles were scheduled for two-game home-and-home series with the New York Mets, and that will be the case again in 2021. The Orioles will play at Citi Field on May 11 and 12 and play the Mets at home on June 8 and 9.

The Orioles also will play the Atlanta Braves at Camden Yards on August 20-22 and will visit the Philadelphia Phillies on September 20-22.

Their longest homestand will be 10 games — from September 6-16 against Kansas City, Toronto and the Yankees. They have 10-game road trips from May 21-30 against the Nationals, Minnesota and Chicago White Sox, and June 24-July 4 (Toronto, Houston and the Los Angeles Angels).

Although they’re away for July 4th, they’ll be home on Memorial Day on May 31 against the Twins and on September 6, Labor Day, against the Royals.

The Orioles will end their home season on September 30th against the Red Sox and will finish 2021 in Toronto on October 3rd. They’ll finish this season at Rogers Centre on September 27th. 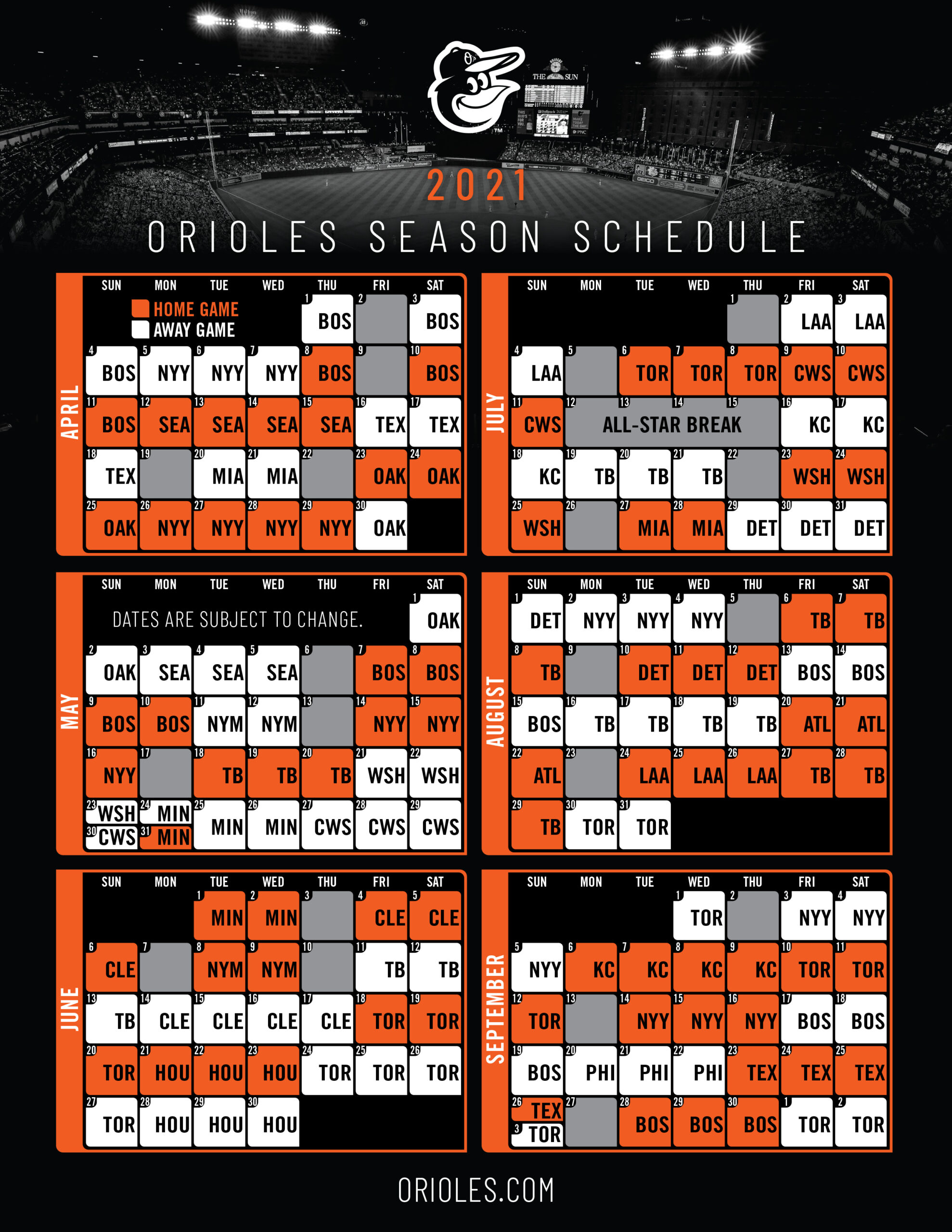