Jim Duquette on Orioles' strategy and outlook for 2020 - BaltimoreBaseball.com 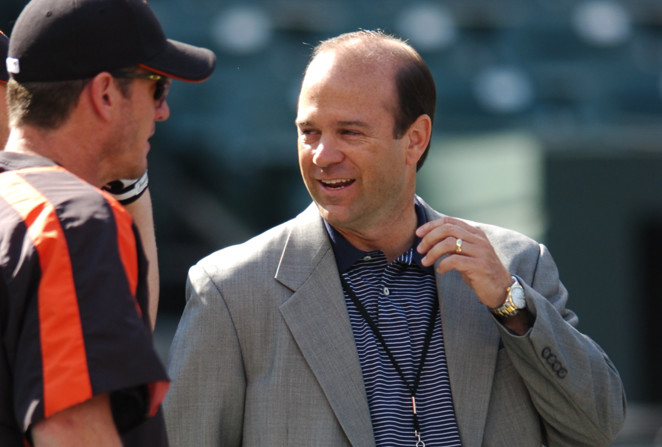 Jim Duquette is best known in Baltimore for his two seasons as the Orioles’ vice president of baseball operations. He was also the New York Mets’ general manager. Currently, Duquette is a host on Sirius/XM’s MLB Network Radio.

He talked Thursday about the Orioles’ outlook in the 2020 season, which will be reduced to 60 games.

This interview has been edited for length.

Question: What unique challenges does this season present for the Orioles?

Duquette: “When you have a young, rebuilding team and you’re trying to figure out who’s going to be part of the next good Orioles team, you want data and you want to be able to play a full season. That’s the most traditional way to do it.

“You have a couple of guys entering their prime. John Means is 27. That’s about the prime these days for young pitchers and position players. You want to get a sense of what he’s going to be, and the guys like [Hunter] Harvey, you should get a decent sense of it.

“But that 162-game schedule is always the great equalizer. I think everybody’s in the same boat. With a team like the Orioles it’s harder. It’s a smaller sample size than what we’re used to. That’s the main part.

“For young players, it’s their own personal development. They need as many reps as they can to show if they can be impactful or not.”

Q: How much does the pandemic set the Orioles back?

A: “I think it delays it a little. If you’re trying to rebuild, and this is a three-year plan, and this is year two of it, it would delay it. If you’re saying it’s a five-year plan … there are creative ways to do it.

“You can definitely make up for it. It’s delayed. I would estimate it’s delayed by five years, so if their plan was five years, it might take five-and-a half.”

Q: Without the minor leagues, what can you do to help the young players develop? Do you simulate games? Can that help Adley Rutschman develop?

A: ”You’re not going to have the ability to see what you have in a 140-game season. The vast majority of baseball is hitter versus pitcher. You can simulate games more. You can have Adley Rutschman face off against your top pitchers in your organization as many times as you want, as many times as pitchers’ arms will hold up.

“It’s different. It’s not facing off against opponents, but there’s more variation in the level of pitching that you’re facing. You can, in theory, take your top young pitchers and match them up against your top young hitters. It’s go, get ‘em, let’s see how you do.

“I was talking with Matthew Boyd of the Tigers recently. He’s doing that right now. He’s getting ready for the major league season. He’s facing some of their top hitters, 17, 18, 19 times in a session because he’s trying to build up arm strength. He’s trying to throw 75 pitches.

“It takes a lot of creativity to try and get them out. Conversely, if you’re a hitter, you should have an advantage the more you seem them, but not if he’s been dominating you. I think you can still get answers, but not in the traditional way.”

Q: Since executives are used to making decisions in 162 games, how many wrong decisions are going to be made in a shorter season?

A: “Certainly, there were will be some decisions made that will end up being mistakes. You can make them over 162. Most of the time what you’re trying to do is, you’re trying to take out the September evaluation because some teams water down the talent.

“You try not evaluate spring training because some guys play winter ball. Some guys weren’t quite ready to start at-bats. You can’t do that now. It’s the final 60 games. It’s a mad sprint. I think September will mean something this year versus prior years.

“But there’s different ways of measuring this now. A lot of this has become exit velocity, spin rate. I think those are still going to stand up no matter how long the season is. It’s a little trickier. It’s a little different. I do think you can do it.”

Q: What would a successful season for the Orioles be?

A: “I think a successful year for them would be like last year, you get a couple of other players to kind of step up and show that they’re going to be good major league players.

“Means stepped up. [Anthony] Santander stepped up. Obviously, [Trey] Mancini’s already been on that level, but he raised his game to another level. If you can see individual performances like Hunter Harvey. If you see him pitch, throw the way he did all season. Maybe Dillon Tate becomes a big arm. Maybe there’s another starting pitcher that develops like Means did.

“Who knows? Kohl Stewart? Maybe you catch lightning in a bottle with him or Cobb pitches well enough so that you could trade him. I think it’s harder to look at it from a team perspective than from an individual one. Maybe Austin Hays shows what he’s capable of doing. Those are the things that I’d be looking for from the Orioles team this year no matter what the won-loss record is this year.”

Q: The trading deadline is August 31, just five weeks into the season. Will trades be made?

A: “I think that’s the fascinating thing. I do think there will be some trades. I think it ends up benefiting the larger revenue teams more that have extra revenue to spend on their major league roster to fill holes.

“I think there are going to be a whole host of teams, and I’m not speaking necessarily of the Orioles now, I’m speaking generally in the sport. There are teams that are hurting financially, and the way to help that is to trade controllable players or guys that are making some money.

“I think teams like the Yankees, Dodgers, teams that have a lot of revenue still, even in a down year, they can take on some payroll and they can buy draft picks as well. ‘I’ll take your player if you give me a competitive [balance] round pick as well.’

“I think you can see deals like that. After that short number of games, most teams are going to be in the pennant race. You might predict six teams that might have told us they’re going to rebuild, and they’re the ones that are selling.

“Some of the teams may have to take payroll [hits] and get a prospect back in return for that final month of the season, but if you’re the Reds, and you’ve had how many losing seasons, or if you’re the White Sox, and you’ve had how many losing seasons, you might be willing a prospect to get a 30-day rental to get yourself into the postseason and have a good postseason run.”