The man who didn't care about sports - BaltimoreBaseball.com 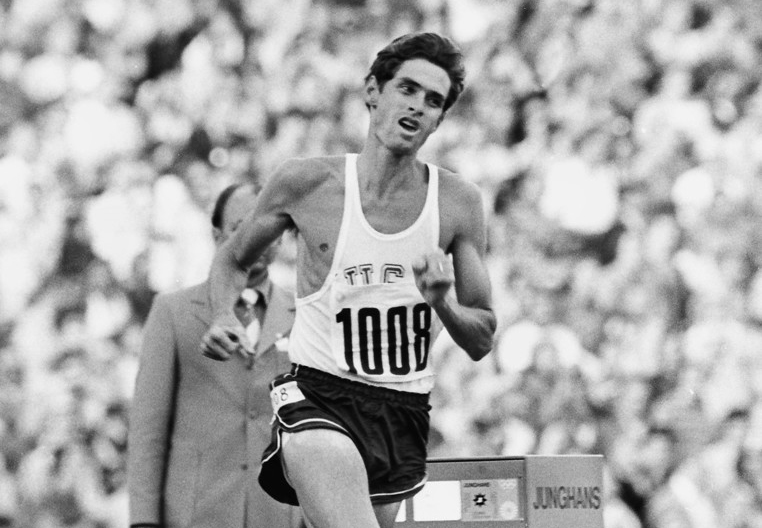 Every Father’s Day, I enjoy reading friends’ and colleagues’ remembrances of connections through sports with their dads. My father, who died a day short of his 80th birthday in 1999, was a great guy.

He was smart, quick and didn’t offer much advice, but I remember all of it. Nathaniel Dubroff had many talents I didn’t have. He was very handy around the house and worked diligently on home projects.

My father and I shared the same hearty laugh, though I’m sillier than he was. Like me, he loved to read newspapers, magazines and books, and was well-versed on many things.

One subject he wasn’t terribly interested in was sports.

He was a casual baseball fan at best. Because I loved it, he took me to a couple of Yankees or Mets games a year but was relieved when I was old enough to go to games with friends.

After I graduated from college, I took him to a few games before he begged off.

He despised football and loathed basketball. I loved those sports, too.

My father once agreed to take me to a hockey game, and I was thrilled watching a gray-haired Gordie Howe skate down the ice against the New York Rangers. He was bored.

He did like horse racing and took my mother and me to the races a few times, but the only sport we really ever bonded over was track and field.

For a handful of Friday nights each January and February, Madison Square Garden hosted popular track meets, and since he worked for Western Union, my father was able to obtain a pair of trackside seats for a huge meet in February 1968.

The old Madison Square Garden, located about a mile north of the current one, would be closing that weekend, and on Friday night, would have a final meet. The Knicks would play on Saturday, and the Rangers would close the old barn on Sunday.

For this event, the Garden was able to attract top-shelf talent. The top pole vaulters, John Pennel and Bob Seagren, competed. So did a noted sprinter, USC’s O.J. Simpson, who ran track when he wasn’t playing football. The  biggest star in American track was running that night, Jim Ryun.

Ryun was the world record-holder in the mile, and was the first high schooler to break the four-minute mile. He was the most recognizable runner in his time. This was an Olympic year, and Ryun was favored to win a gold medal in Mexico City that October.

Track meets are great fun. While high schoolers ran relays, sprinters ran preliminary events and vaulters and high jumpers began their competition. There was so much to watch.

Around 10 p.m., it was time for the featured race of the evening, the mile. The national anthem wasn’t played at 7, when the meet began and few fans were there, but when the big race was about to start.

Ryun faced a formidable field, took the lead early in the race and steadily built it. He held the outdoor record, but he didn’t hold the indoor mark.

It seemed possible that Ryun could break the record. At 11, I knew this was the most exciting sporting event I’d ever seen, and as the cheers enveloped him, Ryun began to smile.

He finished the race in an excellent 3:57.5, just 1.1 seconds off the indoor record. It was thrilling.

When we left the Garden to take the subway back to Brooklyn, a police officer who’d watched the race approached me and asked if I thought I could run as fast as Ryun someday. I told him I hoped so.

My father even read the sports pages that weekend because he wanted to learn about what Ryun had said and why he smiled.

Ryun wouldn’t win gold that fall. He finished second in the 1500 meters to Kip Keino, a great Kenyan runner. Ryun qualified for the 1964 and 1972 Olympics, too, but despite his greatness never won then, either.

Many years later as father was riddled with Alzheimer’s disease and likely to die soon, I decided I needed to interview Ryun about that race. He was a member of the U.S. House of Representatives from Kansas, and I wrote asking for a brief interview specifically about that race. He declined.

Several years later when I was working for The Carroll County Times, Ryun was about to bring his running camp to nearby Gettysburg. I contacted him and wanted to write about the camp, but I could also ask him about that race. He never responded.

Ryun was one of a handful of my favorite athletes from my late ’60s and early ’70s youth. The rest were New York athletes — Mickey Mantle, Tom Seaver, Joe Namath, Walt Frazier, Bill Bradley and the Rangers’ Rod Gilbert.

The New York athletes were all cool in their own way. Ryun was a Midwestern square, but a superb runner.

Today, the mile is rarely run. The 1500 meters has long since displaced it, and Ryun remains the last American to hold the mile record.

In my 20s, I joined thousands of others who discovered distance running and my father saw me finish three of my four marathons as well as a few middle-distance races.

Afterward, he didn’t talk much about the races. He didn’t know much about race strategy or equipment, but we always had fun talking about other things.

Years later, I recounted the story of that night in the Garden and the police officer afterward. He had no recollection.

As a father, he was excellent. He instilled the right values and principles. He was an informed citizen. He just didn’t care much for sports.

But as a younger man, like all lifetime Brooklynites, he rooted for the Dodgers. Before I was born, my parents lived just a few blocks from Ebbets Field and went to some games, though he told me few stories.

The year before I was born, the Dodgers won their only World Series in Brooklyn and  my parents moved to the house that my mother lived in for 63 years.

In 1963, my father decided I could go to my first baseball game. He took the family to Yankee Stadium, and I got to see Yogi Berra, Mickey Mantle and Roger Maris.

In their first two seasons, the Mets played across the Harlem River from Yankee Stadium at the Polo Grounds, home of the Giants before their move to San Francisco.

My father, like all Dodger fans, didn’t like the Giants and refused to take me to the Polo Grounds because the Giants had played there.

I must confess that while his parenting skills were excellent, he struck out there. Because of his residual dislike for the Giants, I never got to see the Mets in the Polo Grounds. I forgive him.