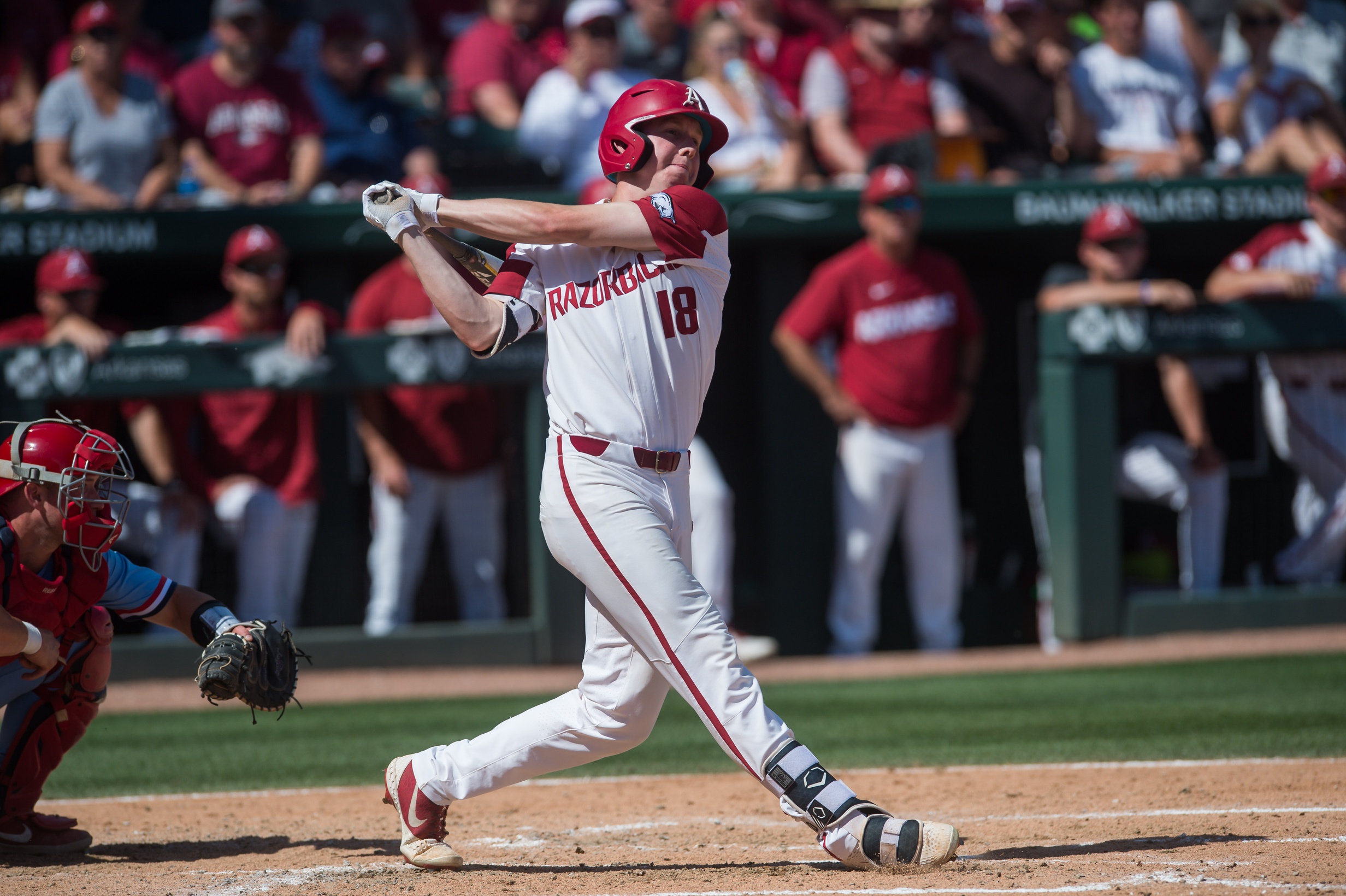 Last week, fans were able to escape the relentless infighting between Major League Baseball and the Players Association by focusing on the draft. Unfortunately, there’s no escape this week.

Because there’s not live baseball, interest in the draft was more intense than it’s ever been, and the instant analysis from the draftniks wasn’t kind to the Orioles.

They expected, as I did, that the Orioles would choose Austin Martin, a Vanderbilt third baseman/outfielder with the second overall pick and were disappointed that Arkansas outfielder Heston Kjerstad was chosen instead.

While the attention to the baseball draft was welcome, it seems that fans have watched too many NFL drafts and expect instant results from Kjerstad and the other five players the Orioles selected on Wednesday and Thursday.

They don’t want to hear that it might be 2025 before this draft class can be realistically evaluated. After all, the Ravens drafted Lamar Jackson in April 2018, and he was the NFL’s Most Valuable Player a year later.

That doesn’t happen in baseball.

Oriole fans often criticized the drafts of Dan Duquette and his scouting director, Gary Rajsich, but some of those are looking better in retrospect.

In 2013’s draft class, 10 players made the major leagues, although just four are with the Orioles — Hunter Harvey (1st round), Chance Sisco (2nd), Trey Mancini (8th) and Austin Wynns (10th).

Because of injuries, it took Harvey more than six years to reach the Orioles, but he could be a top-shelf reliever.

In the 2014 draft, the Orioles surrendered their top two picks after signing Ubaldo Jimenez and Nelson Cruz, and their first selection wasn’t until the third round.

Although their first selection in that draft, left-hander Brian Gonzalez (3rd), has floundered in the minors and the fourth-rounder, Pat Connaughton, chose the NBA, where he’s a solid player with the Milwaukee Bucks, the Orioles still managed to find four major leaguers.

While Duquette and Rajsich are long gone, many of their prospects from the 2016, 2017 and 2018 drafts could make the majors in the next several years.

It’s not popular to defer judgment on a draft, but it’s possible that executive vice president/general manager Mike Elias and domestic scouting supervisor Brad Ciolek could be elsewhere by the time the 2020 class can be reasonably evaluated.

Haskin patterns himself after Springer: Tulane outfielder Hudson Haskin, the team’s second-round selection and the 39th overall, said he’s happy that the Orioles chose him.

“I didn’t know much about the interest level of all the different teams,” Haskin said in a video conference call on Friday.

“When I saw my name got picked, it was a surreal experience that I’ve worked for my whole life.”

Haskin doesn’t know Springer, but he’s still inspired by him.

“I tried to accomplish half of what he has,” Haskin said.

“I’ve got six inches and 25 pounds on him,” Haskin thought when he first learned about Springer from the school’s baseball coach.

“That was my mindset. If somebody’s been successful in my shoes, there’s no reason why I can’t. He’s had a huge impact on my life.”

Mayo was signed for a reported overslot deal of $1.75 million, and Baumler signed for $1.5 million. The Orioles have yet to confirm the deals.

The signing period for undrafted free agents began Sunday at 9 a.m. They can be signed for a maximum of $20,000.

Remembering Gildea: William Gildea, a longtime Washington Post sportswriter and native Baltimorean, has died at 81. Gildea was best known for his coverage of the NFL and boxing, but also wrote extensively on baseball and the Orioles.

He wrote a terrific book, “When the Colts Belonged to Baltimore: A Father and a Son, a Team and a Time,” about growing up in Baltimore as a young Colts fan.

Bill Gildea was an elegant writer and a very nice man.