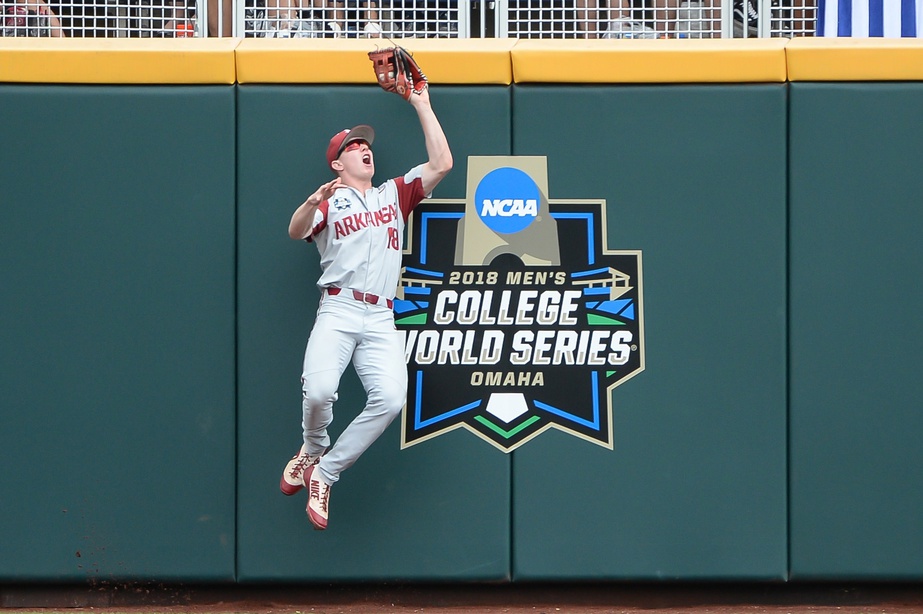 There were two surprises in the Orioles’ 2020 draft. The first was that they selected Arkansas outfielder Heston Kjerstad with the second overall choice. The second was that they waited until their final pick in the fifth round on Thursday until they chose a pitcher, Iowa high school right-hander Carter Baumler.

Last year, the Orioles waited until the eighth round of the Major League Baseball draft before they took a pitcher. That draft was considered light on pitchers. This one was thought to be replete with college pitchers with credentials.

“We had pitchers all up and down our board that we thought we had in good spots,” Orioles supervisor of domestic scouting Brad Ciolek said in a video conference call on Thursday night.

“For whatever reason, we either liked a position player at that point in time better or the pitchers went right before our next selection. Unfortunately, that’s sometimes the way the draft works, and that’s ultimately what ended up happening here.”

Kjerstad was scouted by the Orioles with Team USA last summer, and the team was impressed.

“You could see he was one of the more consistent performers or hitters,” Ciolek said.

Watching him this spring, the Orioles were “intrigued by the bat potential and high contact in the strike zone.”

Ciolek said that Kjerstad didn’t swing and miss often with pitches in the strike zone.

“It was a blend of old school scouting and also advanced analytics that ultimately made him an extremely attractive fit in our eyes,” Ciolek said.

The Orioles liked that in his abbreviated junior year, his strikeouts were down and his on-base percentage was up. Kjerstad said that he’d worked on being more selective, and attacking pitches that he’s looking for.

“We were convinced that if the season had continued to progress that Heston would have been a candidate not only for the Golden Spikes Award [given to top collegiate player], but also a top five selection in the draft.”

Hyde told them besides looking for hard workers who are dedicated, he wanted the scouts to keep something else in mind: “Nice don’t play.”

Ciolek said that “Heston certainly has the edge to him. He’s a fierce competitor. That’s the type of mindset and competitor that we need if we’re going to compete in the AL East.”

When Kjerstad was selected instead of Vanderbilt third baseman/outfielder Austin Martin, the speculation was that the Orioles would be able to sign him below the $7,789,900 slotted for the second pick of the draft. The team would be able to use the savings to sign other draftees for more money than their suggested slot.

Mayo and Baumler are committed to Florida and Texas Christian University and could use that as leverage if they don’t receive acceptable offers by the Orioles.

“We feel really confident in our ability to make an offer that they will deem acceptable,” Ciolek said. “And, we’re going to do everything we can to make sure we can pull that off.”

Ciolek didn’t have a dream draft in mind.

“It was essentially just ranking them and ultimately taking the best guy who was on the top of our board with each pick,” he said.

The Orioles have until August 1 to sign their draft picks. Beginning Sunday at 9 a.m., they can sign undrafted free agents for a maximum of $20,000.

“We’ll make every attempt to recruit those guys and try to sell them [on] the benefits of joining the Orioles’ organization,” Ciolek said.