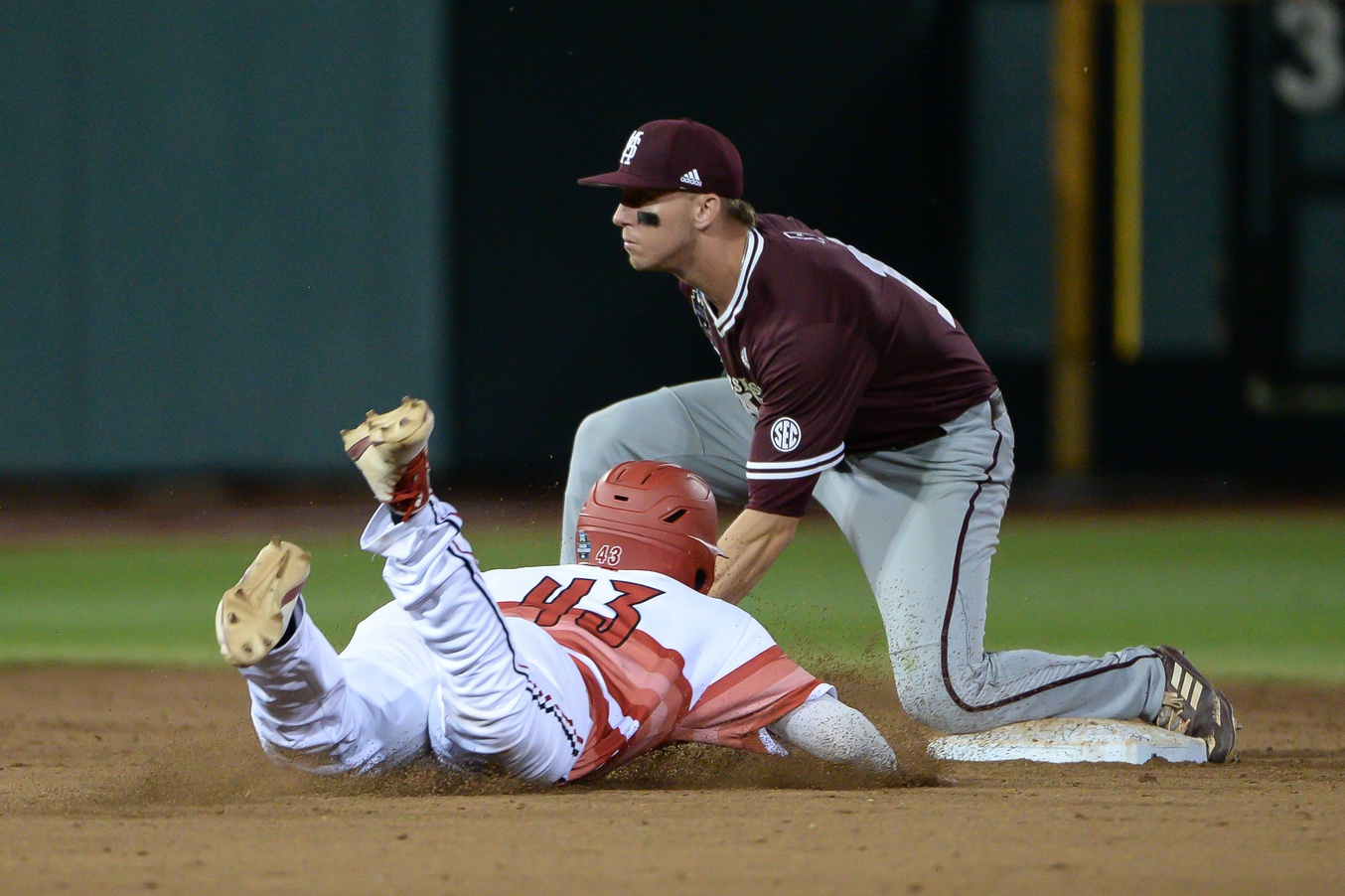 Jordan Westburg was surprised that he was drafted by the Orioles on Wednesday. The 21-year-old shortstop, who was selected with the 30th overall pick in the competitive balance round, met with the Orioles via Zoom.

Westburg, who went to Mississippi State, described himself as being athletic.

“The athleticism allows me to be versatile on the field,” he said in a video conference call on Thursday. “It allows me to play an explosive type of baseball, and I think that explosive ability is what’s going to get me to the big leagues.”

Westburg said the Orioles entered the process late. “The Orioles were one of the last teams I heard from,” he said. “To have them be the last team that I talked to, and then to have the opportunity to be drafted by them, made it special. It made it feel like they were thinking of me that whole entire week leading up to the draft.”

Orioles executive vice president/general manager Mike Elias said on Wednesday night that it was conceivable Westburg could move from shortstop if there was a better defensive player when he was ready for the big leagues.

“I want to stick at this position for as long as possible,” he said. “But I understand that the game is evolving, and the game is changing. Because of my athleticism, I feel like I can play anywhere on the diamond. I’ve played some at third. I’ve played a lot at second.

“Wherever the team and the organization thinks I’m [the] best fit … I’m going to attack that and play to the best of my abilities there.”

Westburg played against Heston Kjerstad, the Orioles’ first-round draft pick and the No. 2 pick overall. Both Mississippi State and Arkansas, Kjerstad’s school, are in the Southeastern Conference. The two played together in Team USA trials as well.

“Don’t throw him anything in the zone,” Westburg said. “That dude can really hit … He’s a special dude, great kid, great teammate. He’s going to be a great friend. He can really hit. He can play defense. There’s a reason he was drafted No. 2. I can go all day saying great things about him, and I think he’s just going to back it up with his play and the way he carries himself on and off the field.”

Westburg is impressed with what he’s heard about the Orioles’ rebuild under Elias. Kjerstad and last year’s overall No. 1 pick, catcher Adley Rutschman, are great talents, he believes.

“It makes you feel like you’ve got a chance to part of something special,” Westburg said. “Being able to have my name up with those two guys, have the chance to rise through this organization and make an impact is something special.”

Orioles take outfielder in second round: The Orioles selected another outfielder, Hudson Haskin, in the second round, the 39th pick overall. Kjerstad is also an outfielder.

The 21-year-old Haskin, who went to Tulane University, was a sophomore eligible for the draft.

Haskin played center and right field for Tulane and hit .363 with 11 home runs and 66 RBIs in 73 games in two seasons.

He’s a right-handed hitter, and showed a keen batting eye. He walked 40 times and struck out 39.

Servideo hit .294 in three years at Ole Miss, but in his abbreviated junior year, he hit .390 with five home runs and 17 RBIs and had nine stolen bases in 17 games.

His draft stock fell because he hit only .149 for Hyannis in the wood bat Cape Cod League last year.

Mayo was a sophomore at the time of the February 2018 shootings at the school.

The third baseman has a strong throwing arm and has committed to the University of Florida.

Fifth round pick, a pitcher: The Orioles’ final pick in the draft was right-handed pitcher Carter Baumler from Dowling Catholic High School in Iowa.

After waiting until the eighth round to pick in a pitcher in 2019, the Orioles waited until the fifth round in 2020.