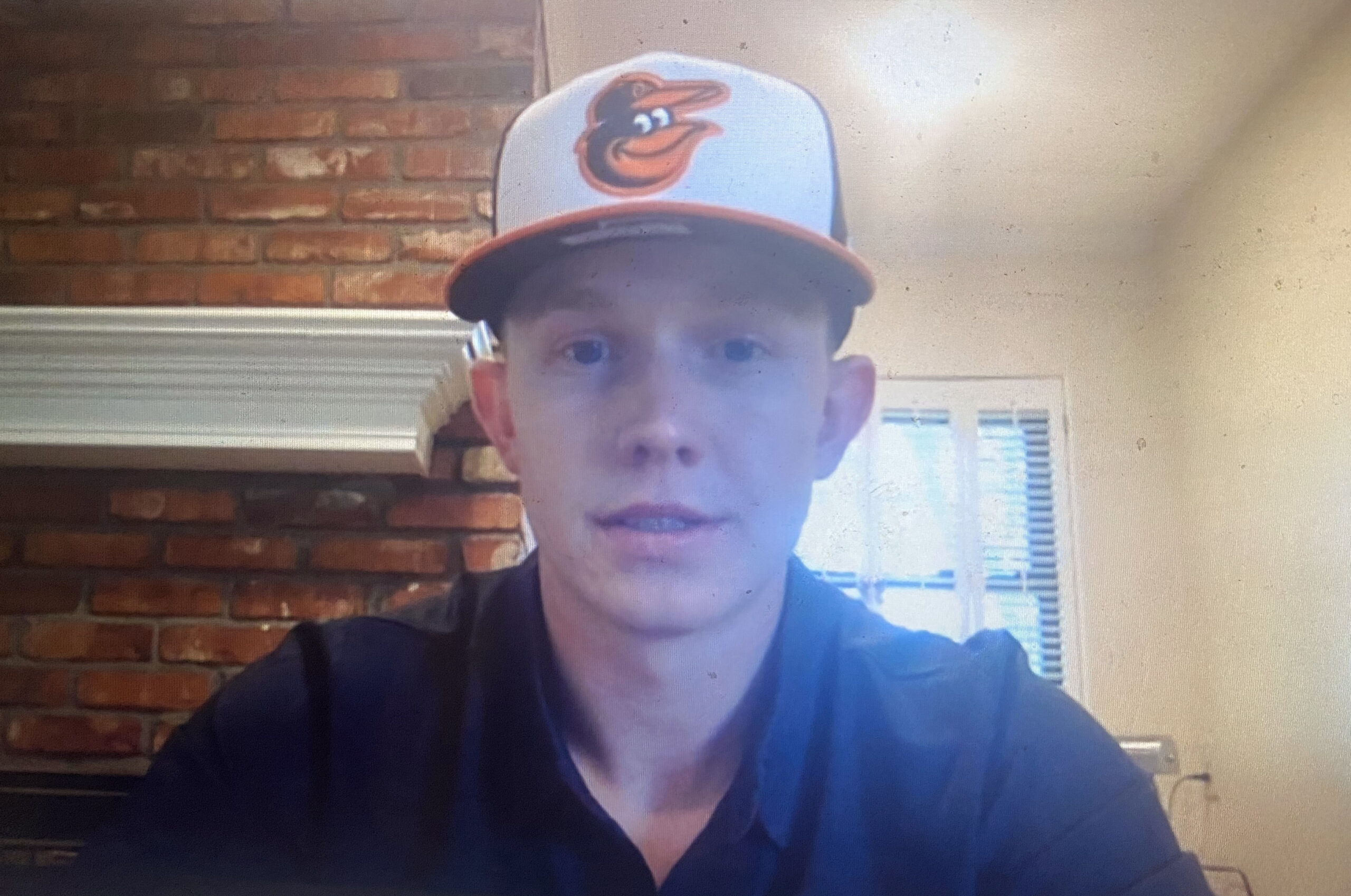 In a surprise, the Orioles chose Arkansas outfielder Heston Kjerstad with the second selection in Wednesday’s Major League Baseball draft.

“I’m just excited to be a part of Birdland now and embark on my next journey,” Kjerstand said in a video conference call on Wednesday night.

“I’m just stoked to be a part of the Orioles, and it’s a dream come true for me.”

Although Kjerstad’s name had been linked to the Orioles, most mock drafts had the team taking Vanderbilt third baseman/outfielder Austin Martin, whom Kjerstad played against in the Southeastern Conference.

“They showed quite a bit of interest,” Kjerstad said. “They said I was still in consideration for their No. 2 pick going into the draft today. I wasn’t really trying to get my hopes up for any pick.

“Sure enough, after the Detroit Tigers turned in their pick, the phone rang, and it’s the Orioles, and they wanted to pick me … I couldn’t say ‘yes’ quick enough to that.”

The 21-year-old from Amarillo, Texas hit .327 with 17 home runs and 51 RBIs as a sophomore. Kjerstad, who played right field with the Razorbacks, hit .448 with six home runs and 20 RBIs in 16 games in his abbreviated junior season.

“I bring a lot to the table, baseball-wise,” Kjerstad said when asked for a self-description. “For them, the makeup is what helped push me along on their board — the type of kid I am.”

Orioles scout Ken Guthrie has known Kjerstad’s family for many years, he pointed out.

“I think that Zoom went pretty good with him and convinced him to have confidence in picking me,” Kjerstad said.

“I’m going to be an impact player, for sure,” he said. “I bring a left-handed bat to the lineup that has power to all parts of the field — left, right and center — and I also bring a good glove to the outfield, whether it’s left or right. Wherever they put me, I’ll be a solid defender.

“One of the things that really contributes to helping a team win is … my camaraderie that I’m able to develop with my teammates, and what kind of teammate I am with them.”

Kjerstad lauded his father for helping him develop as a player.

“I’m pretty sure I owe him a new shoulder for how much he threw,” he said.

Kjerstad said he’ll have to do a crash course on the Orioles. He played in a high school all-star game in Texas with Grayson Rodriguez, the Orioles’ No. 1 pick in 2018. He also played at Arkansas with minor league pitcher Blaine Knight.

“I think they run the best minor league system in all of baseball,” Kjerstad said. “With Mike Elias taking over, he really does a good job at player development. I can’t wait to get started.”

The Orioles selected shortstop Jordan Westburg with the 30th overall pick, the first pick in the competitive balance round.