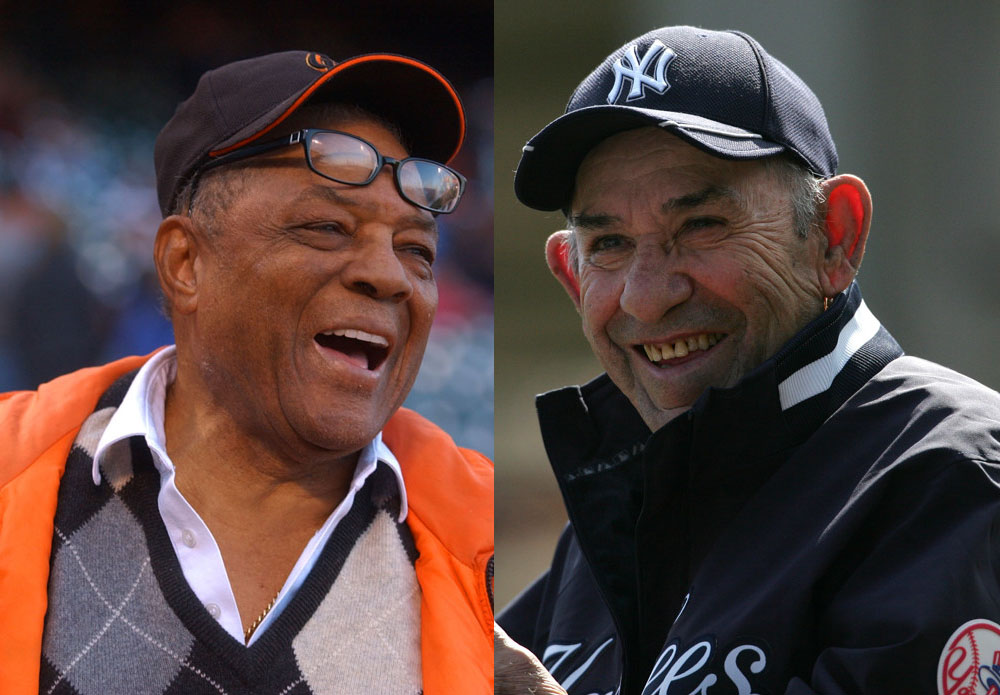 At best, baseball is still six weeks away, and with the Memorial Day weekend here, and many seasonal activities still not available, why not read a book?

There are a number of worthy new baseball books available, and two in particular stand out.

Along with Willie Mays, San Francisco Chronicle writer John Shea has written: “24: Life Stories and Lessons from the Say Hey Kid,” and Jon Pessah’s “Yogi: A Life Behind the Mask” are the most complete books to date on Mays and Berra.

Shea’s book, which intersperses Mays’ stories and Shea’s narrative, covers key junctures in Mays’ life. Early in the book, Mays admits to applauding in center field when Joe DiMaggio hit a home run against the Giants in the 1951 World Series. He’s shocked no one took a picture of it.

Mays’ basket catches, where he nabs a ball at his waist, are a bit of showmanship, the great man explains, and he only did it when there weren’t runners on base. He wore caps a size too small so they would fall off his head while chasing fly balls. His flair was rightfully looked at as positive and not as bragging.

His wondrous catch in Game 1 of the 1954 World Series at the Polo Grounds is examined in-depth, and if you’re like me, you’ll want to pull up the film of it on YouTube and watch it multiple times.

Mays seemingly has a kind word for everyone he played against — Henry Aaron, Mickey Mantle and praise even for a bitter rival like Los Angeles Dodgers catcher John Roseboro, whose throw to Sandy Koufax buzzed Juan Marichal’s ear when the pitcher was batting, starting a vicious brawl while Mays played diplomat.

Mays, who many, including me, think was the best all-around player in baseball history, was overshadowed late in his career by Aaron’s successful pursuit of Babe Ruth’s record. He could do everything brilliantly.

This book shows off the best parts of Mays, and is a delightful read while waiting for baseball to return.

There have been a number of books by and about Yogi Berra, but Pessah’s is the most insightful.

On television and in print, Berra has been oversimplified as a walking malaprop machine, and the book, in many ways, is a rebuttal.

There’s not a lot of new ground here, but Berra’s warmth comes through. He was popular with teammates and opponents.

There are some nuggets. At a young age, Berra became suspicious of New York Yankees management when they lowballed him in contract talks and were late in paying a small bonus while he was in the minor leagues.

He knew he wasn’t a good public speaker, and if you booked Berra for a speech, you’d get a question and answer session. Later in life, he did become a skilled television performer in commercials and, with the help of his wife, Carmen, a shrewd businessman.

The story of Berra’s ouster as Yankees manager after losing the seventh game of the 1964 World Series is fascinating as general manager Ralph Houk admits to talking to outside candidates while the Yankees were still playing.

Pessah tries to avoid the overused Yogisms, but late in the book, knowing the reader is craving them, offers some.

If you’re in the mood for an understated, yet delightful book, try “The Wax Pack: On the Open Road in Search of Baseball’s Afterlife,” by Brad Balukjian.

Balukjian, who’s a college biology professor, buys a pristine 1986 package of Topps baseball cards, and takes a road trip trying to meet the 14 players whose cards are in the pack.

He mostly succeeds and has written a lovely book about driving around the country in search of Hall of Famers (Steve Carlton, Carlton Fisk) and some players only avid fans may remember — Don Carmen, Rance Mulliniks and Randy Ready. Balukjian often got great stories from the former players.

One player who’s remembered more for his writing than his playing career is Jim Bouton, the author of “Ball Four,” who died last year. His career is written in detail and a favorable light by Mitchell Nathanson in “Bouton: The Life of a Baseball Original.”

When excerpts from “Ball Four” came out in Look magazine, then a popular weekly, they caused a stir. Howard Cosell staked out Bouton’s New York hotel room, banging on the door. Bouton’s roommate let in Cosell, who snatched the phone out of Bouton’s hand and announced to the poor person on the other line that “this interview is terminated.”

Jared Diamond, the national baseball writer of The Wall Street Journal, has written “Swing Kings: The Inside Story of Baseball’s Home Run Revolution.” If you’re looking to find out more about how baseball became so home run crazy, this is your book.

If you’re an admirer of the  the Nationals, Washington Post reporter Jesse Dougherty’s “Buzz Saw: The Improbable Story of How the Washington Nationals Won the World Series,” follows the team that was 19-31 last May 23 and somehow beat the Houston Astros to win it all.

A few other noteworthy books have also been published this month: “Rod Carew: One Tough Out: Fighting off Life’s Curveballs” is co-authored by Carew and Jaime Aron.

Todd Zolecki, who covers the Philadelphia Phillies for MLB.com, has written: “Doc: The Life of Roy Halladay,” and another MLB.com writer, Anthony Castrovince, explains and defends analytics in: “A Fan’s Guide to Baseball Analytics: Why WAR, WHIP, wOBA and Other Advanced Sabermetrics are Essential to Understanding Modern Baseball.”