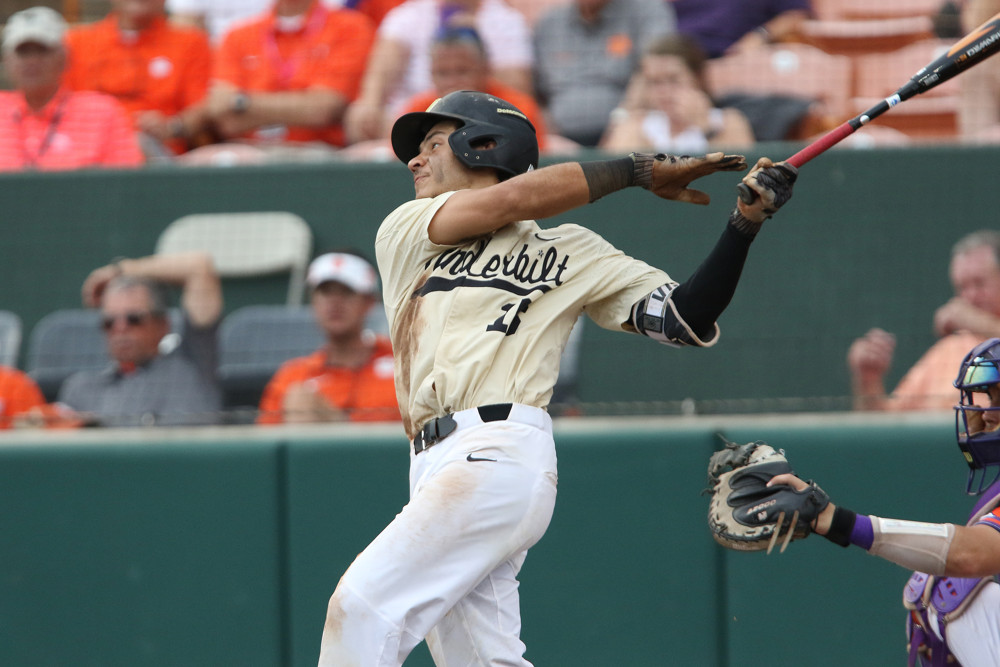 The Orioles have the second pick in this summer’s Major League Baseball draft, which might be as short as five rounds. They also have the 30th and 39th picks.

MLB Pipeline senior writer Jim Callis spoke with BaltimoreBaseball.com about the draft. The interview has been edited for brevity.

Question: How strong is this draft class?

Callis: “I think it’s stronger than usual. I’ve been covering this stuff for more than three decades. I have to keep telling myself, ‘You can’t keep writing about how scouts say the crop is down.’

“I think that’s the standard line. It’s missing this or it’s missing that. It’s not like back in the ’80s when guys weren’t getting signed out of high school and you had these great college classes. Now, teams are aggressive.

“Most years, people are like, ‘It’s OK. There’s this, but there’s not that,’ but this year, it’s actually pretty deep.

“Last year was probably the worst group of pitchers, college pitchers that belonged in the first round, in 30 years. I had scouts tell me the same thing.

“I think it’s a pretty deep draft, which is obviously good news for the Orioles.”

Q: Because of the abbreviated high school and college seasons, is it harder to make evaluations?

A: “It’s not as bad as I think the average fan might think because, especially for high school players, the most important scouting is the previous summer when they’re playing on the showcase circuit and the best players are facing off against the best players.

“There are some places in the country that didn’t get started that much but, at least in college, all those teams played four weeks. A lot of the warm-weather high schools at least got started with scrimmages. You had looks.

“We’re not going to know who emerged or who got off to a hot start and tailed off because that didn’t have a chance to happen.

Q: Because there’s a lot more development from age 17 to 18 than there is from age 21 to 22, are high school players at a handicap in this draft?

A: “In terms of who is affected the most, it would be that subset of projectible high school pitchers who are tall and lean, but not filled out yet, and maybe they were throwing in the upper 80s, or around 90 last summer.

“In a lot of cases, these guys come out and are throwing 92 of 93 as seniors. Those guys, it stinks because they didn’t get the chance to do that.

“You look at the way the industry treats high school pitching. It’s considered risky and there’s oftentimes a big gap between how their present stuff is, but how good it might be three years down the line. Sometimes those guys wind up going to college because there is a gap between the two.

“The high school guys who have proven themselves are going to get taken and could get paid. They have the leverage because they can go to college, but for that projectible kid who was hoping to take a step forward this year, those guys didn’t get the chance, which is unfortunate for them.”

Q: Because of where they are as an organization, will the Orioles suffer more than other teams from this strange year?

A: “I don’t think necessarily so. They’re fortunate that it’s a deep draft and they have three of the first 39 picks. You could argue that because they have the highest bonus pool of any team that doesn’t carry as much weight as it would in a normal 40-round draft where you can use that money and spread it around.

“They don’t have all the flexibility that would normally come with having that big a bonus pool, but they still have the biggest bonus pool of anybody. They can be aggressive early. I don’t think it necessarily affects them too much.

“You’re picking second every round so you’d like to have as many rounds as you could. They’re in as good a position as anybody.”

Q: Who are some of those players the Orioles are considering in the second slot?

“He’s the best power hitter in the draft. He’s an accomplished hitter. A right-handed hitting first baseman has never gone number one overall, but this bat has a chance to be really, really special.

“I think he’d be an obvious choice at number two, but I don’t think he gets there. If he goes number one, I think they’re looking at a group of three or four guys on the hitting side.

“You’d be looking at Austin Martin from Vanderbilt, who’s a centerfielder/third baseman. Maybe he winds up at second. He’s very versatile. He’s probably the best pure hitter in this draft. He doesn’t have Torkelson’s power, but he’s got a better all-around game. He can do more things. He can run.

“I think the bats behind him are Nick Gonzales, who’s a shortstop at New Mexico State who probably winds up at second base, also, who hit 12 home runs this year. He was Cape Cod League MVP.

“Those would be the two prime bats they’d look at.”

Q: What about pitchers?

A: “I think you could make a very strong case for taking Asa Lacy, who’s probably the best pitch in the draft. He’s a left-hander out of Texas A&M who’s got at least a plus-fastball, slider and changeup and the curve’s close.

“Emerson Hancock is a right-hander from Georgia, maybe Max Meyer from Minnesota. His slider might be the best pitch in the whole draft.

“Those guys are all interesting. I think if we were in this scenario last year and the Orioles were pitching second instead of first, they might have entertained, if everything was equal, we’ll take a pitcher here because there aren’t enough of them, and we’ll get a hitter later.

“Because there’s so much pitching in this draft, if I had to guess, I’d say they’d probably go with Martin or Gonzales, as tempting as Lacy, Hancock or Meyer might be because when they pick again at 30, the pitchers won’t be that good. There’s going to be quality arms, especially for what you’d normally find 30 in the draft.

“If I had to guess today, I’d probably go hitter over one of those pitchers and then come back and get a pitcher at 30, possibly 39th, too.”

Q: How good was last year’s draft? How much better is the Orioles’ farm system since Mike Elias took over?

A: “I have a lot of respect for Mike. His track record is very, very strong. I think Mike would have told you that anyone could have made the Adley Rutschman pick. I think Adley Rutschman’s the best catching prospect in the 30 years I’ve covered the draft. He’s better than Buster Posey was at the same stage or Matt Wieters or Joe Mauer. He’s that good.

“I really like the kid they got in the second round, Gunnar Henderson. He was a guy who came on last spring in Alabama. He probably winds up at third base, but I think he has a chance to be a really good hitter there.

“They have some depth behind those guys. They have Kyle Watson and Zach Stowers, centerfielders who played in prime programs. Joey Ortiz was Nick Gonzales’ double play partner at New Mexico State last year.

Q: Undrafted players will be limited to signing bonuses of $20,000. Will there be quality players available?

“The agents will disagree with me, but I think more players are going to sign for $20,000 than people think. I know last year after the fifth round, there were 395 players who got six-figure bonuses, and those bonuses are important.

“These guys are not going out to buy cars. They’re basically paying off college loans, and they’re using that money to live because they’re not getting anything to play in the minors.

“If everybody goes back, and you’re going to have all the guys who are in next year’s draft, anyway. Guys are all going to be a year older. Teams put a priority on age. There’s no guarantee you’re going to get more money next year. You might not even get drafted. There’s going to be fewer minor league teams.

“If you’re a guy who would have gone in the eighth round and would have gotten $150,000 in a normal year, and you don’t get drafted, and you really want to play pro ball, you might want to take the $20,000 because you might not get that opportunity next year.”