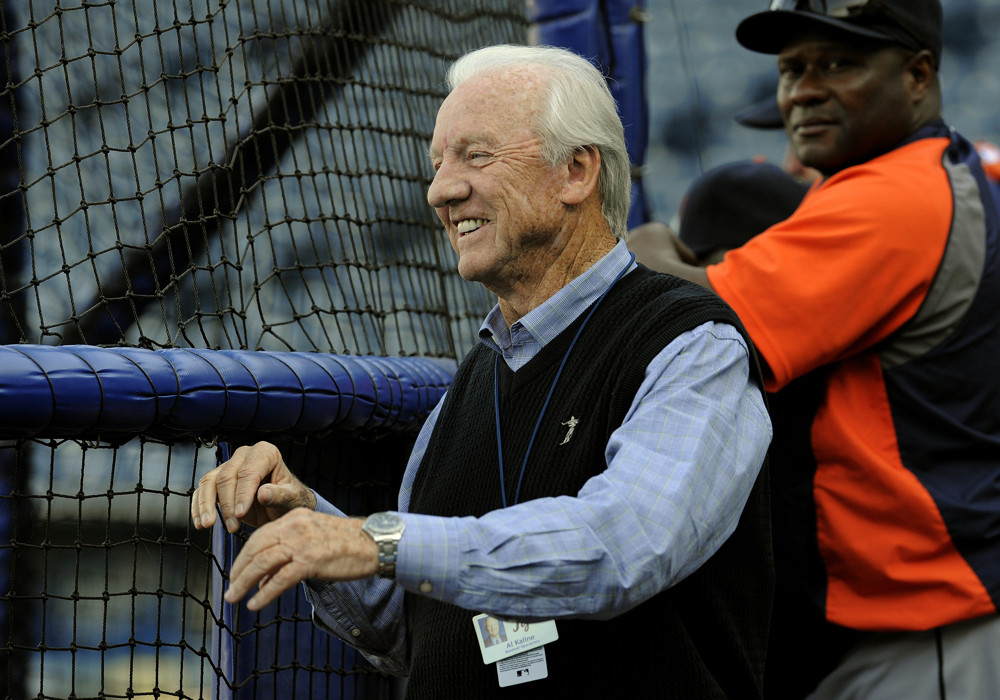 The day before he started second grade, a 7-year-old boy went to his first big league baseball game, and saw three future Hall of Famers — Yogi Berra and Mickey Mantle for the Yankees, and Kaline for the Tigers.

Kaline, who died on Monday at 85 in his suburban Detroit home, wasn’t the main attraction for me that day, but I always remembered him for helping make that day memorable.

His career, which ran from 1953-1974, overlapped Mantle’s and those of Henry Aaron,  Roberto Clemente and Willie Mays.

Each played in multiple World Series. Kaline played in just one.

In 1968, the St. Louis Cardinals were just one win away from their third World Series championship in five years, but behind Mickey Lolich, who won games 5 and 7 and Denny McLain, the winner in Game 6, the Tigers broke the Cardinals’ hearts.

Kaline hit .379 in that series with a pair of home runs and eight RBIs, but it was Lolich, pitching on two days’ rest in Game 7, who got the headlines.

It was an underappreciated World Series, remembered harshly by St. Louis catcher, Tim McCarver. In 1985, the Cardinals were on the verge of losing the World Series to the Kansas City Royals after taking a 3-1 lead, and broadcasting for ABC, McCarver hauntingly recalled it.

“I’ve thought about it every day since, and it’s been 17 years,” he told the audience.

Kaline, one of the most modest of all-stars remembered his only Series, but he wasn’t one to brag about his accomplishments.

The son of a South Baltimore broom maker, Kaline went to Southern High School, just south of the Inner Harbor. He had many scholarship offers in basketball as a 6-foot-1 center, but a year before the St. Louis Browns moved to Baltimore, Kaline signed with the Tigers and, as a bonus baby, went right to the majors and never left.

Jim Henneman, who has probably seen more Orioles games than any other person, covered the team for many years for The Evening Sun and later The Sun. Before that, he pitched for Calvert Hall and, in three years, had no success against the future Hall of Famer.

“He was a guy who was obviously much better than any of us and, in his own way, I’m sure that in his own way, he had to know that or he certainly felt that way,” Henneman said. “But he never acted that way.”

Good fortune brought the men together at important junctures.

“I was actually the official scorer the night he got his 3,000th hit,” Henneman said.

It was September 24, 1974, and Kaline doubled against Dave McNally, leading off the fourth.

“It was one of the few times I went to a game in that capacity where I was kind of nervous,” Henneman said.

“The last thing in the world you want to do is make a [tough] call on a 3,000th hit. Fortunately, he was not a cheap-hit guy, anyhow. It was a memorable kind of a day. His career was over and mine was, in a lot of ways, just getting started.”

They weren’t friends growing up but became closer after Kaline’s playing career. For many years, Kaline served as a color commentator on Tigers’ telecasts and then as an adviser to the team’s front office.

The Orioles went to Detroit the next week to finish the regular season on the way to another ALCS, and Henneman covered Kaline’s final game. But he never forgot his early encounters.

When people asked Henneman how he pitched to Kaline, he answered: “High and outside, that was the only thing that ever worked.”

Over the last decade, the two became close, seeing each other when the Tigers came to Baltimore or the Orioles went to Lakeland in spring training.

This humblest of all superstars lived a simple life and thoroughly enjoyed his post-career life, wearing a uniform in spring training until recent years and watching games in the press box.

Kaline’s career, all with the Tigers, ended just before free agency, and he couldn’t play with his hometown team. When he graduated from Southern in 1953, the Philadelphia Phillies approached him and wanted him to begin his professional career with their Triple-A team in Baltimore, but that’s as close as he came to being an Oriole.

“He was a special guy,” Henneman said.