Getting ready for a special Opening Day - BaltimoreBaseball.com 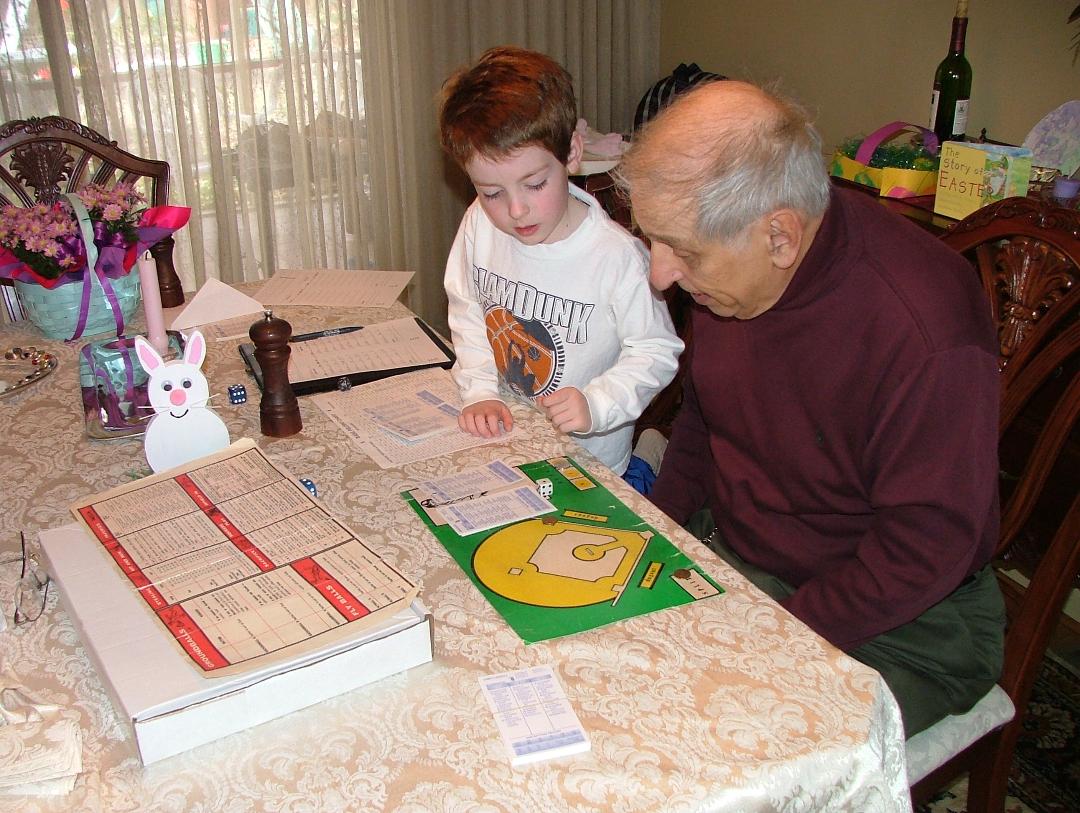 It’s a gorgeous afternoon for baseball at Camden Yards, and the Orioles and Yankees are getting ready for Thursday’s opener. No, there isn’t any real baseball in Baltimore during this coronavirus pandemic, but there will be baseball on my dining room table thanks to Strat-O-Matic, the tabletop baseball game that has been part of my life for four decades.

As families try to sort out a new normal amid this coronavirus shutdown, we have turned — or I should say returned — to Strat-O-Matic, which uses dice and probability to simulate, with remarkable accuracy, game action based on a player’s statistics in a given season.

Strat-O-Matic is the brainchild of Hal Richman, who conceived the idea as an 11-year-old, then refined it as a mathematics student at Bucknell University. The first full-season game appeared in 1962. Broadcaster Bob Costas is a big fan, as is former major leaguer Doug Glanville. (“It was a true sign of my arrival to the big leagues,” Glanville once wrote, “that I had a Strat-O-Matic card.”)

Strat-O-Matic produces games in football, basketball and hockey as well, but the one-on-one, batter-vs.-pitcher matchups make baseball the ideal concept. On every at-bat, a batter’s card is placed alongside the opposing pitcher, and a dice roll dictates whether the play will be read off the hitter’s card or the pitcher’s. (Translation: You aren’t getting a hit off Mariano Rivera’s card.)

Two other standard dice and a 20-sided die are also used, and ratings on each card dictate things such as a fielder’s range or a baserunner’s speed.

A new card set based on the previous season is released each winter, and the company unveiled a special Negro Leagues set in 2009.

The game is billed for ages 10 to adult, but younger kids can easily learn the most simple version. More advanced rules include such things as lefty-righty matchups, whether to play the infield in and even a “clutch factor.” (We refuse to use this super-advanced addition; we’ll play the games and then see who’s clutch.) And my son has created his own “brawl rule,” a byproduct of batters hit by pitches.

As we pull the cards and charts out of the box once again, I’m struck by the fact that no sport binds generationally quite like baseball.

I used to go to Orioles Opening Day with my father, and my mother, in a move that should make her a first-ballot Parenting Hall of Famer, would send a note to school the next day that read, “I believe some things are more important than school, and Opening Day with your father is one of them.”

I have followed suit, busting my own kids out of school for Opening Day and Orioles playoff games, and I was thrilled to introduce Strat-O-Matic to my son when he was old enough to read the cards.

A few years later, we bought the 2008 set and decided to try to simulate the entire season. Those first scoresheets show the large, looping handwriting of a boy just learning to write — while also learning the lifetime skill of how to score a ballgame.

He was about 9 when he realized the magnitude of the task we had undertaken: 30 teams playing 162 games equals more than 2,400 games to complete the season. “Dad,” he said, “we might not finish this league until I’m in college.”

Truth be told, he’s headed to college this fall and we’re not even close to finishing. We would put the game away for a year or so, then bring it out again for a few weeks of feverish competition. Will we ever finish that season? Who knows. But we have spent hours of quality time together, and it’s always been more about the journey than the destination.

Strat-O-Matic joined the digital revolution with a computer game in the 2000s, and in 2016 unveiled Baseball Daily, which uses statistics from the current season for the most up-to-date online play.

Beginning on Opening Day this year, Strat-O-Matic is simulating the entire season through its Baseball Daily digital platform, with results posted each day at strat-o-matic.com.

The digital version is undoubtedly a fun and convenient way to play, but I’ll stick with the cards and dice for several reasons, maybe most of all for this: Unlike the striking realism of video games, I love the way the tabletop game fosters the imagination in my kids.

When we sit down to play a game, it’s up to them to conjure up the blue sky of a summer day or the dirt of the infield. When my son sees DOUBLE (LF) on Adam Jones’ card, it’s up to him to envision whether that’s a one-out screamer off the wall, or a ball that hugged the third base line just past a diving Adrian Beltre.

And as we sit here cooped up with school out and sports leagues canceled, we open the box, pull out team cards, and soon we are at sunny Coors Field or Fenway Park.

I’m teaching my 13-year-old daughter the game this week, and I’ve got my 18-year-old son wanting to spend time with me. That’s a win any day.

Well, it looks as if the Orioles and Yankees are just about ready to go, and in the words of Baseball Hall of Fame broadcaster Jon Miller — another big Strat-O-Matic fan — it’s a beautiful day for baseball.