Chris Davis on $3 million donation: 'We want to do what we can to help people out' - BaltimoreBaseball.com 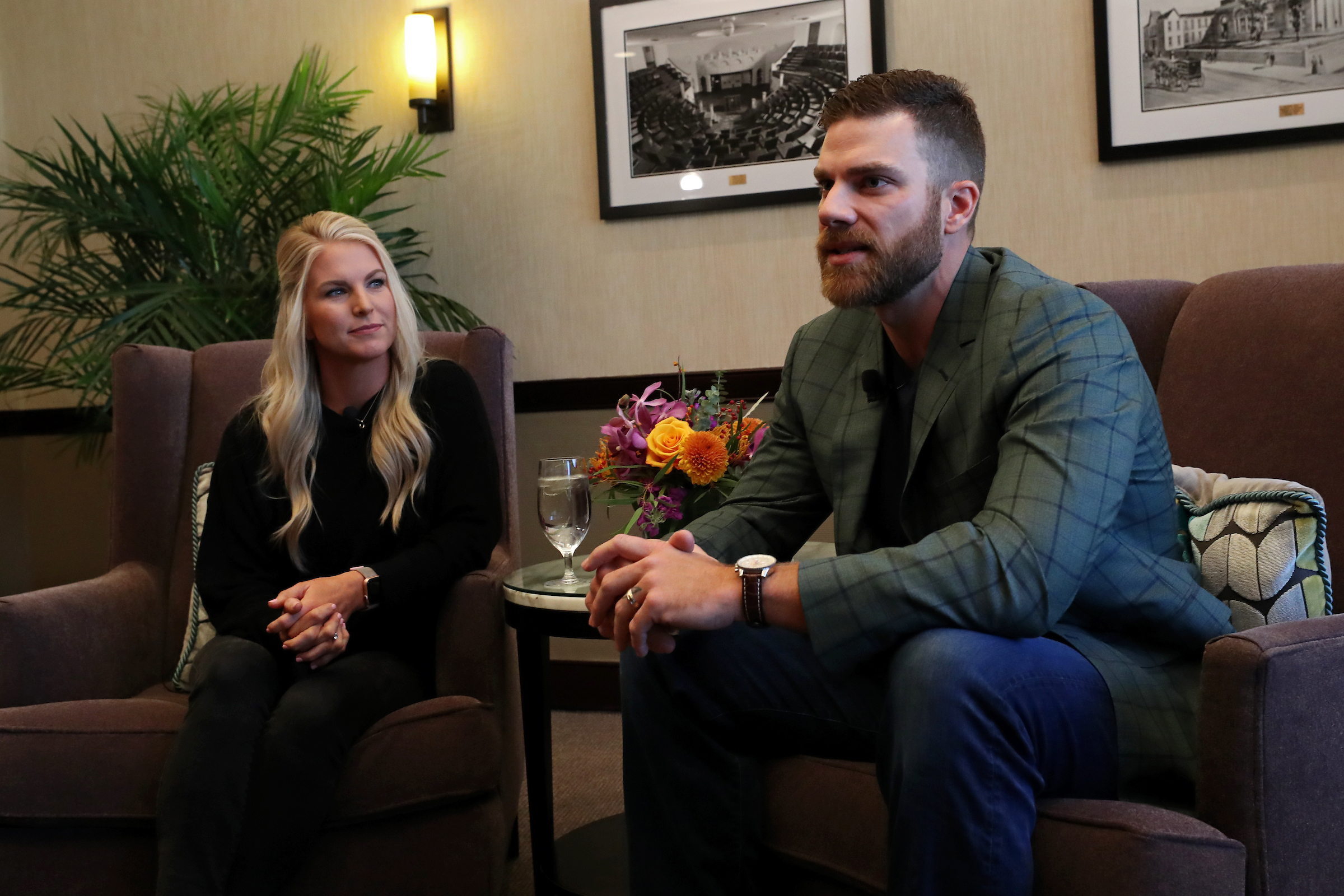 BALTIMORE—After one of their regular visits to the University of Maryland Children’s Hospital, Chris and Jill Davis decided they wanted to do something special.

On Monday, the Davises announced a $3 million donation to the hospital, the largest made by a Baltimore sports figure to the University of Maryland Medical Center.

Ever since Davis signed a seven-year, $161 million contract extension with the Orioles, he and his wife have been involved with the hospital and a number of other charities.

In addition to his work with the hospital and “Casey Cares,” a program run by Casey Wollenweber Baynes that treats ill children to enjoyable experiences, much of Davis’ work had been private and became public when he was the named as the Orioles’ nominee for the Roberto Clemente award.

“We’re not in this to be recognized or have any of the attention on us,” Davis said. “We want to do what we can to help people out.”

Davis shared the story of his daughter, Evie, who was one of a set of twin girls born to the couple in January 2018. Jill Davis discovered that when she was 22 weeks pregnant that Evie would need a procedure to repair a ventricular septal defect. She’s now perfectly healthy.

The money will be used to construct a pediatric hybrid catherization and operating room. UMMC hopes that this new facility will position them as a leader in children’s heart surgery.

“These types of gifts can help us do a better job for the children of Maryland,” Dr. Stephen Czinn, chair of Pediatrics at UMMC said. “By going public, we hope that perhaps it will encourage us to do the best job we can for children.”

Chris and Jill Davis visited the hospital during last July’s All-Star break. On the drive home, they made a decision to make the donation.

“We want to do something big,” Jill Davis said.

Before they were married, she was a pediatric nurse in Dallas and she volunteers at UM.

Davis hosts an annual charity event at Oriole Park and visits patients, but felt an obligation to do something more.

Hospital officials allowed the Davises to name the new area, and they decided to name it after the daughter who had benefited from the hospital’s work — the Evelyn Kay Davis Congenital Hybrid Catheterization Suite.

“It’s a big decision,” Jill Davis said. “We were hesitant because we have two other daughters and what are they going to think when they realize we named something after Evie and not them?

“They’re going to understand why we did what we did. We’re hoping in the future maybe there will be other opportunities to do stuff in honor of our other daughters, too.”

While Davis talked about his on-field struggles, he kept his worries about his daughter’s condition private.

“I’m sure it had some impact,” Davis said. “I’m not going to say it didn’t affect me, but I’ve played long enough to kind of separate the two. It was on my mind a lot more than I thought it was going to be.

“I didn’t ever expect anything like this to come up. I wasn’t prepared at all. I don’t know if anything could have prepared us.”

Davis has three years remaining on his contract, and he recognizes that his future with the Orioles isn’t assured. The Davises have a residence in the Baltimore area, and they’ve begun discussing if they’ll live here after he finishes his career or in Dallas, where they’re from.

The donation further ensures that Davis will remain close to Baltimore.

“We’re always going to be coming back,” Jill Davis said. “Most of our time is spent here.”

“Baltimore will always have a place in our hearts,” Chris Davis said.

Davis will soon begin hitting as he tries to rebound from his second straight disappointing year. In 2019, he hit .179 in 105 games after beginning the season without a hit in his first 33 at-bats.

“The way the season went obviously wasn’t a great year for me,” Davis said. “Last year and two years ago felt completely different. I’m not going to say, easier to go through the season, but I enjoyed being around the guys. I enjoyed coming to the ballpark. I feel like there’s hope now.”

Davis thinks the new management team is a positive.

“We have guys that are here for a reason that are very upfront with their plans,” he said. “There’s a direction.”

The Orioles and Davis have discussed sending him to a hitting school, but that probably won’t happen.

“We’ve talked about it,” he said. “They basically left it in my hands. They said, ‘If this something you want to do, we’ll do everything we can to help.’ I’m 33. I’ll be 34 in March … I’m on the backside of my career. I don’t think there’s going to be a massive swing overhaul where I’m changing mechanically. That’s not going to happen.

“I’ve had success in my career several times hitting the way that I do. There are definitely things that I can fix, and I think that’s the page we’re all on.”

Rookie of the Year finalist: John Means was named one of the three finalists for American League Rookie of the Year on Monday. Joining Means are Houston designated hitter Yordan Alvarez, the favorite to win it, and Tampa Bay second baseman Brandon Lowe.

The winner will be announced on November 11.

The Orioles removed Gabriel Ynoa from the 40-man roster. After clearing waivers, Ynoa is now a free agent. Ynoa was 1-10 with a 5.61 ERA.