Hunter Harvey says Orioles' promotion has yet to sink in - BaltimoreBaseball.com 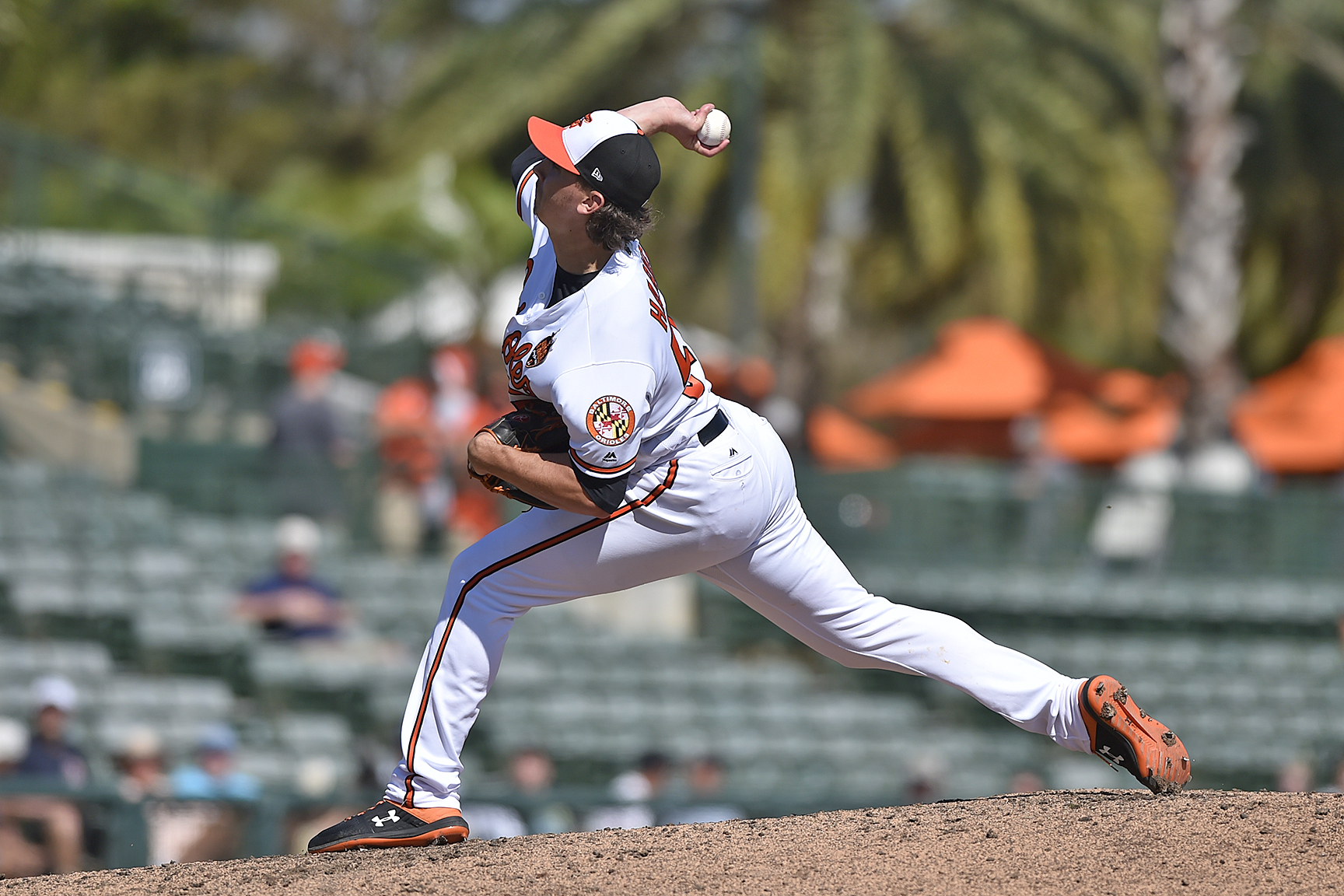 BOSTON—About 10:30 on Friday evening, Hunter Harvey was in Syracuse, New York with the Norfolk Tides. The Tides’ scheduled game had been rained out, and he got the phone call he wasn’t expecting.

Harvey, who was the Orioles’ first pick in the 2013 draft, was getting his second call to the big leagues.

“I don’t think it’s sunk in yet that you’re in the big leagues,” Harvey said before Saturday night’s game between the Orioles and Red Sox. “It’s just been a long path. I’m just trying to beat all these injuries and get ahead of them. It’s just been an awesome feeling.”

Orioles manager Brandon Hyde has welcomed so many players to his team this season, but Harvey is special.

“He’s a former first-round pick that’s had a tough time in the minor leagues with injuries and stayed healthy this year,” Hyde said. “It was really awesome seeing him up. When I saw him, he was just checking out Fenway, which is always a cool feeling.”

Later, Harvey looked more than comfortable in The Show. He pitched the bottom of the eighth in the Orioles’ 4-0 loss, and struck out Christian Vazquez and Mitch Moreland on fastballs that were hitting 98-99-100 on the radar gun. He got J.D. Martinez on a groundout to third to start the eighth and walked Andrew Benintendi before closing out the inning with back-to-back strikeouts.

On June 14, Harvey was converted from a starter to a reliever.

“I’m enjoying it quite well, actually,” Harvey said. “It was a little different at first. The other day, we went back-to-back for the first time, trying to figure out how to do that and bounce back quick. It was really cool.”

After three relief appearances with Bowie, he was promoted to Triple-A for the first time. On Tuesday and Wednesday, he pitched a scoreless inning at Pawtucket, striking out three batters in each appearance.

“You’re not rolling a lineup,” Harvey said of the difference between starting and relieving. “It’s a little bit different. You don’t have to set guys up one at-bat and then worry about them later on in the game. You might see everybody once, so you throw everything you’ve got and just try and beat them.”

Hyde said that he’d been told that Harvey’s pitchers were faster out of the bullpen.

“I just think the stuff ticks up when it’s a sprint,” Hyde said. “I’m just glad he’s here. Then we’ll figure it out. Right now, he’s going to be in our bullpen, and what the future holds, we’ll discuss.”

There was some talk that he Orioles simply wanted to see Harvey get through a season healthy for the first time. He’s thrown 75 2/3 innings this season, 12 innings short of the professional high he set in 2014.

With countless changes in their bullpen this season, Hyde didn’t want to commit to Harvey remaining with the team for the season’s final six weeks, but it seems improbable that he’d join the Norfolk/Baltimore shuttle.

“Anything can happen, especially in our situation with the pitching revolving door we have, but I’m hoping he is,” Hyde said.

Harvey’s been through Tommy John surgery, a broken leg and a shoulder injury he suffered last season while sitting in Bowie’s dugout, trying to elude a batted ball. He’s thankful for his health this season.

“It’s amazing. I’ve been trying to say that for the last couple of years,” Harvey said. “I thought I had it last year. Then something crazy happened and just to be in August already, it’s crazy to think about that.”

Harvey wasn’t expecting the call to join the Orioles a little over two weeks before the end of Norfolk’s season.

“I was very surprised, to be honest with you,” Harvey said. “I thought if I did have a chance, it would be September call-ups. When I got that phone call, I was kind of blown away. This is crazy, I wouldn’t expect it to be this early.”

Harvey’s father, Bryan, a former All-Star reliever, drove through the night from the family’s home in North Carolina, more than 800 miles to welcome his son to the major leagues. His girlfriend and a close friend were also on hard.

In April 2018, Harvey was set to start the season with the Bowie Baysox, and the Orioles were short a pitcher. He he got a call, but he wasn’t used in any of the three games and went back to the minor leagues.

“I enjoyed it last year,” Harvey said. “It helped burn that fire. We’ve got to work. We’ve got to get back to where we were. It was good to be up here and get a little taste last year, and I’m ready to try and stay here.”