In a week, Orioles will start to get to know Hyde - BaltimoreBaseball.com 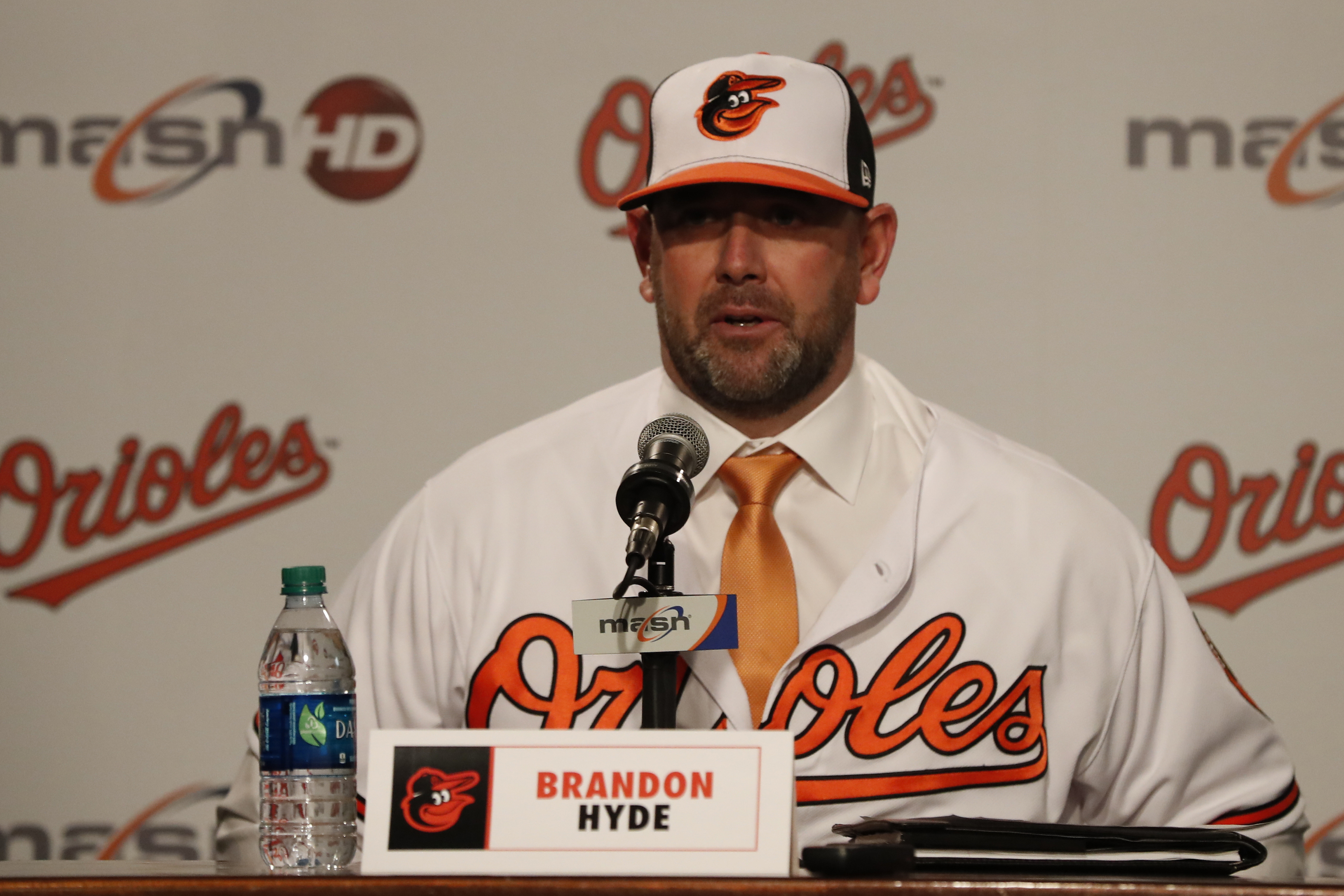 Spring training begins in a week, and while it’s a time for the younger and mostly inexperienced Orioles to show their skills, their new manager is going to be on display, too.

Few of the Orioles know much about Brandon Hyde, who wasn’t hired until Dec. 14 and hasn’t met all of his players.

Hyde met with some at a minicamp last month in Sarasota, Fla. He met more at FanFest. Hyde has spoken with others on the phone.

He’s a first-time manager and little is known about how he will go about his job.

In his comments at the introductory press conference and FanFest, Hyde didn’t talk specifics.

A week from now, that will change.

Hyde will start getting very specific about the skill sets of his players, who he has seen only on videotape.

Fifty-nine players are scheduled to be in camp. Although pitchers and catchers report in a week, the infielders and outfielders are likely to arrive ahead of their Feb. 17 report date.

Hyde has many decisions to make with the help of a new coaching staff. He’s familiar with two of the eight coaches — catching instructor Tim Cossins and third base coach Jose Flores. Pitching coach Doug Brocail and hitting coach Don Long are among those who are new to him.

They’re also new to the organization, as is first base coach Arnie Beyeler. Three others — bullpen coach John Wasdin, assistant hitting coach Howie Clark and major league coach Jose Hernandez –are from the organization and will be able to assist Hyde with names and faces.

The minor league staffs should be revealed this week, and some of the coaches from Triple-A Norfolk and Double-A Bowie are likely to help Hyde and his staff.

Dylan Bundy, Andrew Cashner and Alex Cobb are assured sports in the starting rotation, and there will be competition for the other two spots.

We don’t know if Hyde would consider using the “opener” strategy popularized last season by Tampa Bay and Oakland, where a reliever begins the game, followed by a multi-inning pitcher.

Six catchers, including Chance Sisco and Austin Wynns, who finished last season with the team, will be trying to make an impression, as will four who aren’t on the 40-man roster.

A host of infielders that Elias acquired in the past two months will be there for Flores and Hernandez to drill. After the trades of Manny Machado and Jonathan Schoop, the Orioles’ defense went south, and there will be an emphasis to shore that up.

Chris Davis at first, Jonathan Villar at second, Rule 5 draft pick Richie Martin at shortstop and Renato Nunez at third would be an educated guess for the staring infield. Still, it’s anyone’s guess who will emerge from Sarasota for the March 28 opener at Yankee Stadium. Many unfamiliar names will audition in the infield this spring.

There’s a big hole in right field, too. You could put Trey Mancini in left and Cedric Mullins in center for now, but Hyde will want to see a lot of Austin Hays, Joey Rickard, Anthony Santander and DJ Stewart there.

He’ll also want to take long looks at Yusniel Diaz, the centerpiece of the Machado trade, and Ryan McKenna, both of whom finished last season at Bowie.

We don’t know if he’s written out mock lineups with Mullins and Villar at the top of the order, but there’s not likely to be a repeat of the Davis leadoff experiment from the beginning of last season.

What kind of a bullpen will Hyde want? Is he set on Mychal Givens as the closer? Does he want seven relievers or eight?

Will his team be aggressive and favor the steal? Will he direct his players to bunt often, or will he play for the big inning?

Former manager Buck Showalter seemed to be everywhere on the back fields in Sarasota, scooting from drill to drill, personally instructing infielders. Will Hyde be hands-on or allow his coaches to do much of the instruction?

Because he was hired so late, Hyde didn’t sit for the half-hour long session at the Winter Meetings when specifics are raised.

That will have to wait, but seven days from now, Hyde will begin to truly introduce himself to the Oriole players. Only then will we start to learn how he’ll try to lead this team back to relevancy.