Cadyn Grenier hopes his second pro year is better than the first - BaltimoreBaseball.com 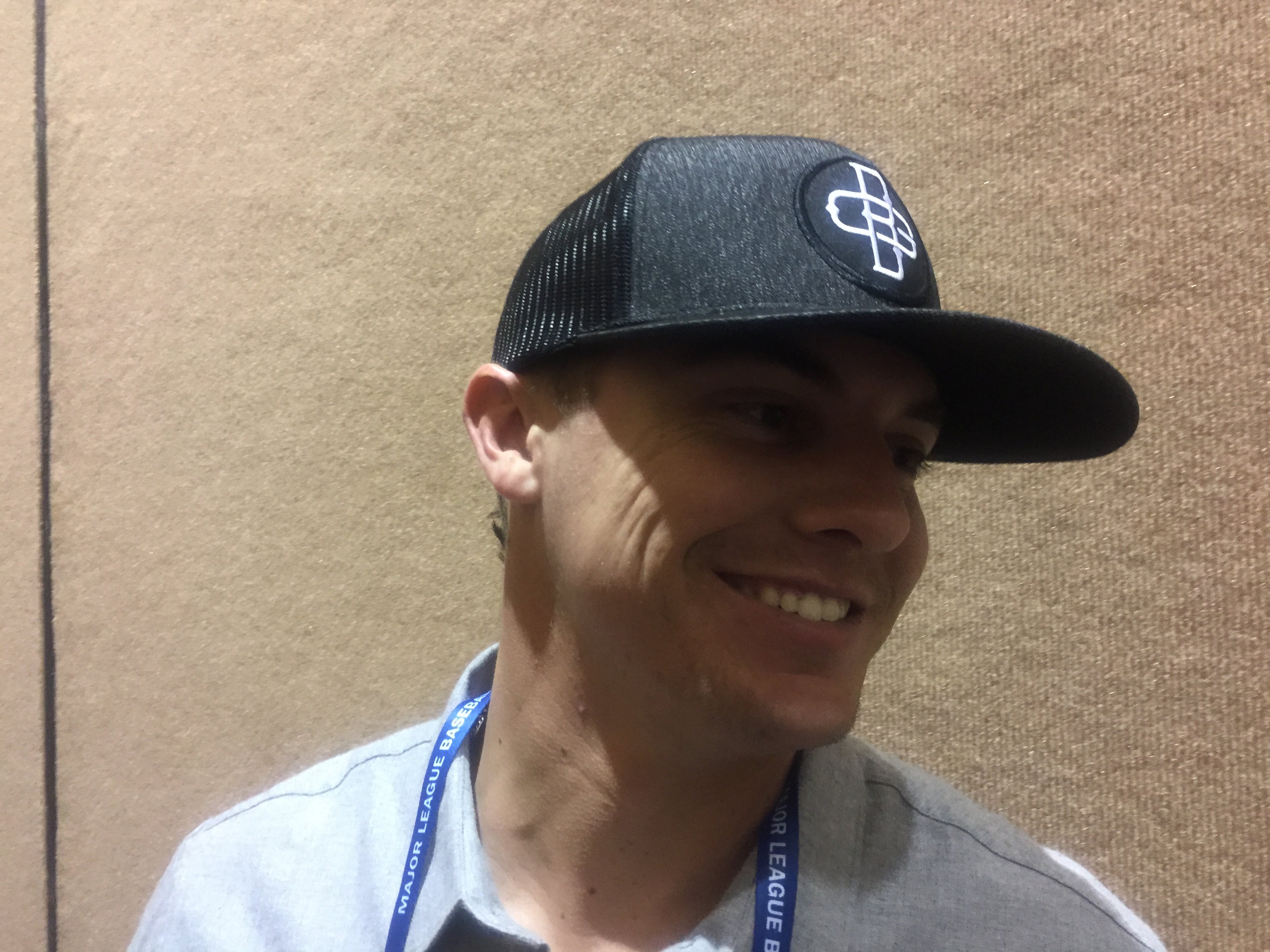 Mike Elias spent part of the Winter Meetings adding three infielders to the Orioles’ mix. Cadyn Grenier, the shortstop who the Orioles drafted with the 37th overall pick, used the meetings to get acquainted with his new boss.

While some of the big-name free agents came into Las Vegas to market themselves and perhaps have a little fun, Grenier, who lives there, drove a short distance to introduce himself to the media.

Grenier was a key part of the Oregon State team that won June’s College World Series, and while that delayed the start of his professional career, he’s hoping for a much better 2019.

“Of course, you always want to get better and improve on what your weaknesses are, but I like to focus on my strengths a little more,” Grenier said. “The better I can play defense, the more that I’m going to be given a little leeway to come along with the bat because it’s a process.”

Because he’d played at such a high level in college, Grenier didn’t have to play for one of the Orioles’ short-season teams at Gulf Coast or Aberdeen, but the adjustment to pro ball was a rocky one.

At the conclusion of the Shorebirds’ season, he went to Sarasota for work in the Instructional League.

“I had a pretty rough patch, but towards the back end, I was really happy with how I played,” Grenier said. “For me, that meant a lot. No matter how tired I was, and towards the back end of the year, I was able to pull through the struggles and get a lot better. In Instructional League, I felt really good. Overall, I was pretty happy with my year just in the growth process I went through in the short amount of time.”

Grenier, who turned 22 on Halloween, doesn’t know where he’ll begin 2019, but a good guess is he’ll begin at High-A Frederick, and if he has a strong few months could move to Double-A Bowie before the end of the season.

“We know that the Orioles like to bring their guys up through the system,” Grenier said. “For guys that are in the minor leagues right now, we know it’s a great opportunity because we know we’re going to get a shot pretty soon to help rebuild the program.”

This will be Grenier’s first full professional season, and he knows it’s going to be a challenge.

“I think just adjusting to a different style of baseball, the different lifestyle you have to live, every single day is the toughest part,” Grenier said. “The baseball, in terms of comparing it to the Pac-12 is about the same, maybe a little more consistent, better pitching. Baseball is baseball. It doesn’t change. I think just the lifestyle change is a little different.”

In the lower minor leagues, particularly the South Atlantic League, where Grenier debuted last year, the bus rides are long, and he had to get used to that.

“In college, especially a school like Oregon State, the Pac-12, you get treated like a king,” Grenier said. “We stay in really nice hotels. We fly everywhere. Then you go to pro ball, and you’re on a bus for upwards of 12, 14 hours, and you have to play a day later. It’s quite a change in your lifestyle. Once you get adjusted to that, you’re just back to playing baseball.”

Grenier is confident his defense will improve. It actually improved late in 2018. In his last 12 games with the Shorebirds, he made just one error. His offense improved somewhat, too. In those 12 games, he had two hits five times.

“I’d love to be a big-league hitter right now,” Grenier said. “I’ve got some improvement to do, but I’m going to keep working on it. To have a strength like I do with my defense, it plays awesome for me. I can focus on that and do what I do with my glove and everything else will come along.”

On June 3, the Orioles will make the first selection in the draft. Most draft observers think the choice will come down to Texas high school shortstop Bobby Witt Jr. or Grenier’s teammate at Oregon State, catcher Adley Rutschman.

“I’m no professional scout by any means, but I would love to have Adley with the first pick and be in our organization,” Grenier said. “If we had me and him back together, that would be a really good middle infield … With the guys I played with and some of the outfielders we had, you could create a real good middle of the field with me and Adley and a couple of those other guys. Rutsch is a beast. I can’t wait to see what he’s going to do, and I hope to play with him again soon.”