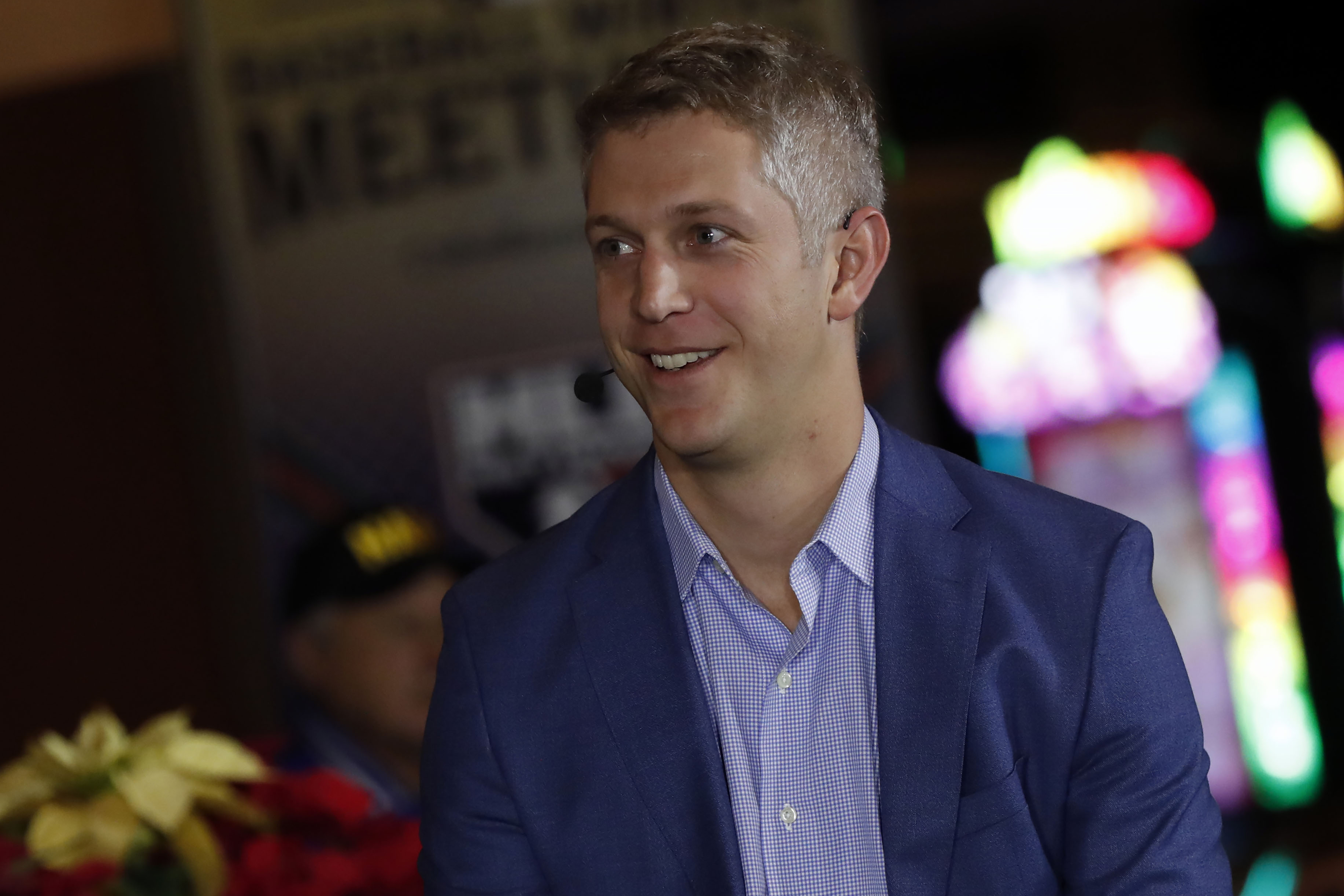 1) The Orioles will have a new manager shortly, but it wasn’t a smooth path.

Elias was taken aback when reports surfaced just before and during his Tuesday daily media briefing with Baltimore reporters that the Orioles had an agreement with Cubs coach Brandon Hyde to become the team’s next manager.

He denied there was an agreement even as the television near him headlined the news.

On Wednesday, Elias said that the Orioles were moving closer to naming their next manager. Though he never specified Hyde—or anyone else—the Chicago Cubs were discussing how to replace him as bench coach.

Perhaps there will be an announcement of Hyde’s appointment today—or Monday—with a press conference to introduce him early next week.

Elias said he asked each of the six managerial candidates to share names of possible coaches.

Elias said that choosing a coaching staff is a collaborative process, but that the manager would have much more say than he would.

One name that’s surfaced is Tim Cossins, the Cubs’ minor league field coordinator. He could be the team’s catching coach.

Atlhough some holdovers in the team’s administration appreciated the work of third base and infield coach Bobby Dickerson, Hyde has no ties to him.

There are a number of coaches at the major league level who were let go because of managerial changes this past season. They could be hired without any issues. The Orioles could promote some minor league coaches, too.

3) There was little trade buzz around the Orioles

Because Elias was hired so late, he got a late start on selecting a manager, and with his dismissal of scouting director Gary Rajsich and minor league director Brian Graham, he has a number of vacancies to fill in the front office.

The managerial and coaching search takes precedence, and the other hires may not come until after the holidays.

As a result, there was little chatter about the Orioles in the trade or free-agent market.

Elias said that the Orioles likely would be more be active in the free-agent market later.

4) Elias was less than impressed with the infielders he inherited

Even though Elias labeled Jonathan Villar as the team’s “primary shortstop” this week, he was part of an administration in Houston that traded Villar to Milwaukee when Carlos Correa was ready to play.

Besides Richie Martin, the first pick in the Rule 5 draft, and Drew Jackson, Philadelphia’s pick, who they acquired for international signing bonus money, the Orioles also acquired Rio Ruiz on waivers from Atlanta. Drafted by Elias in Houston, Ruiz is a third baseman, and he hits left-handed.

Jace Peterson, who was a utility player last season, has been signed to a minor league contract.

Even though Elias said he would consider reuniting with Tim Beckham after he was not tendered a contract, the additions of Martin and Jackson make that appear unlikely.

5) Elias’ second Winter Meetings will be much different

The Orioles were the first team in memory to come to the Winter Meetings without having named a manager. Elias did allow that it was a disadvantage not to have his manager on hand.

Next year in San Diego, Elias will have a full front office contingent and more solid ideas on trades and the pursuit of free agents.

His goal for 2019 is for the Orioles to acquire more talent, from the draft, by signing international players and from trades.

Next season is likely to be a learning experience for Elias, just as his first Winter Meetings was.