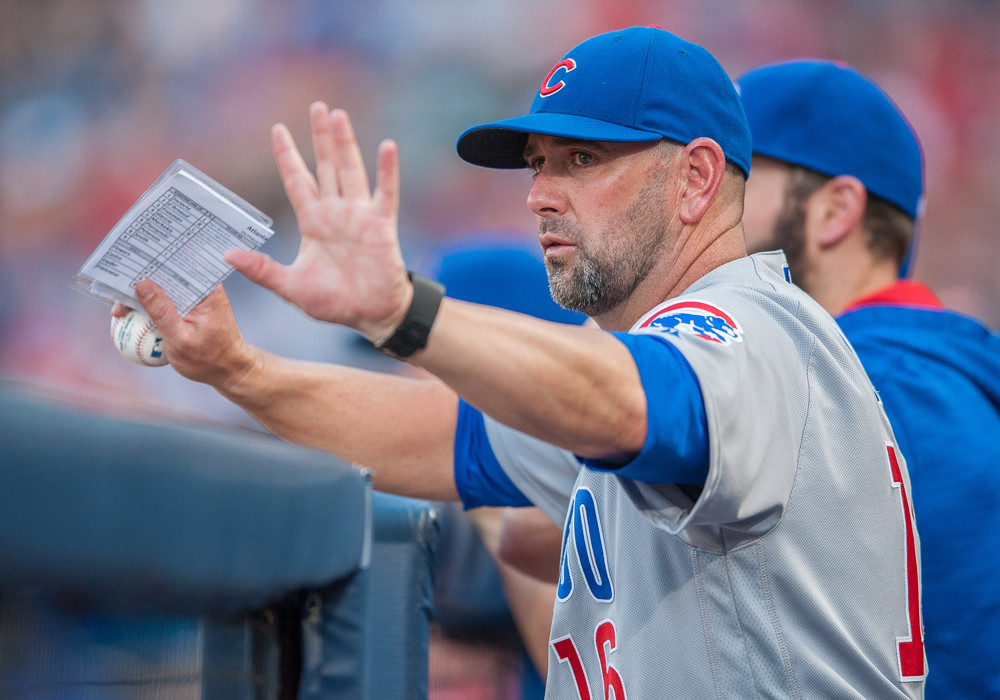 LAS VEGAS—If the reports are true, and Brandon Hyde is named manager of the Orioles, they’re getting one of the hottest candidates of the offseason.

The 45-year-old Hyde, who was the Chicago Cubs’ bench coach, was interviewed for managerial openings by the Los Angeles Angels, Minnesota Twins, Texas Rangers and Toronto Blue Jays this fall.

Although Orioles general manager Mike Elias said the reports were “premature,” he did talk about how he’ll interact with his new manager. Unlike Boston Red Sox GM Dave Dombrowski, Elias won’t travel regularly with the ball club.

“There’s a lot that goes into the general manager job in this day and age,” Elias said.

“A lot of our time is spent on topics like player development, the draft, international scouting, so we’re out and about doing other things during the major league season quite a bit, and when that’s the case we’ll have somebody from the higher levels of our front office available and traveling with the team.

“I think that’s the norm around the industry right now. Certainly, I’ll be continuously available, and one of my goals and expectations for this relationship is that there will be a lot of communication back and forth. I view this, not just as a dugout manager, but a part of our organization, a part of our front office, an extension of our front office, and we want that level of communication and rapport.”

Whenever the announcement is made, and Elias doubted the deal would be done by the time the Winter Meetings end Thursday morning, a coaching staff will have to be assembled.

Elias said that even though Hyde has not managed in the major leagues, he won’t necessarily need a former big league manager as his bench coach.

“If we were to hire somebody who hasn’t hired in the major leagues, I would still yield to that person’s desires and his own feel for what he wants, and who he wants and needs around him,” Elias said.

“Certainly, you look at major league staffs up and down the league, there’s certain constants. Obviously, you’ve got a pitching coach. It’s important to have a Spanish speaking coach and experience is also always sought and desired somewhere on the staff, usually, but we’ll see.

Hyde’s soon-to-be former boss, Cubs manager Joe Maddon, is a huge fan. Maddon was in a situation similar to the one Hyde will reportedly inherit when he took over in Tampa Bay in 2006.

The Devil Rays, as they were then called, had lost 95 games in 2005 under manager Lou Piniella, who went to the Cubs. They lost 101 games in Maddon’s first season, and 96 in 2007. In 2008, the newly named Rays recorded their first winning record in their 11th season and went to the World Series.

Maddon’s advice to Hyde would be to do what he did.

“You trust each other, and I promise you the ideas flow more freely. When you’re constructively critical of one another, you’re not pushing back. It starts right there. It’s not complicated, and then after that, you have to have a specific plan when you go out to practice, and I believe in simplicity.

“I believe in a simple plan that’s easy to follow and make sure that it’s adhered to. If there’s anybody there that doesn’t belong there, they need to be gone because they’re the group that’s going to drag you down. When the program’s being dragged down and they inflict these little wounds constantly, it’s very difficult to get this thing to fly.”