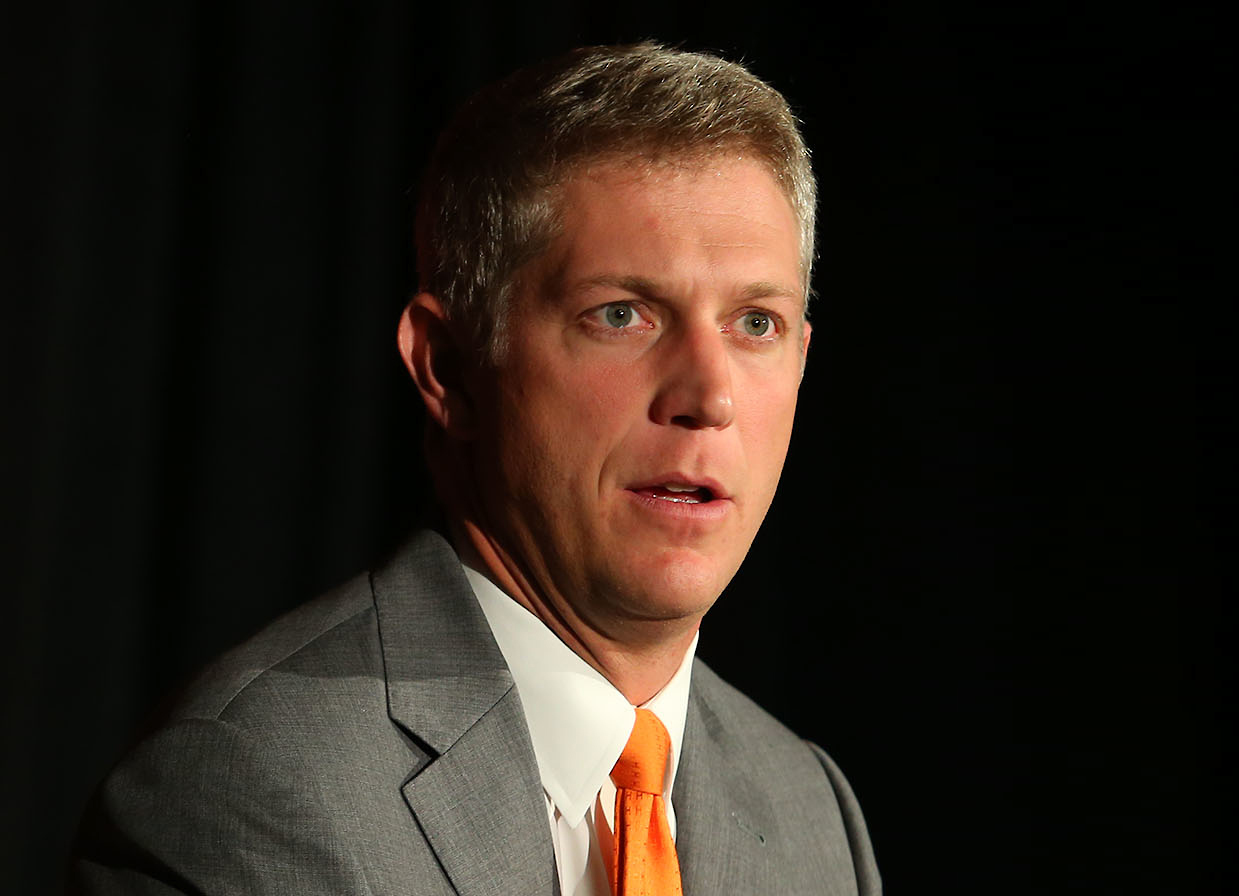 The Orioles are still searching for a manager, and Mike Elias hasn’t indicated who the leading candidates are nor when he might make the hire.

In a Thursday night interview on the “Orioles Hot Stove” show on 105.7 The Fan, the Orioles’ GM said: “We need a manager first and foremost,” but offered no specifics.

“Step one is getting the leader in place, getting the manager in place,” Elias said. “That’s first and foremost really on my agenda right now. I’m working on that very deeply.”

Elias said that the Orioles “have done a ton of background work,” on candidates. He said that research by Sig Mejdal, his assistant GM for analytics, and the front office staff had been done “on dozens of candidates.”

No other major league team has a managerial vacancy, and Elias has found advantages in that. The Orioles have no competition for a manager, and he’s been able to talk openly with other teams about specific individuals.

“We’ve got a great list of names,” Elias said. “I have pared it down quite a bit. We’ll see what happens in terms of process and timing, but I feel like we are well past phase 1 of this search.”

The deadline for tendering contracts for the Orioles’ five arbitration-eligible players is 8 o’clock tonight, and while it’s certain the team will offer contracts to Dylan Bundy, Mychal Givens and Jonathan Villar, the futures of catcher Caleb Joseph and infielder Tim Beckham are uncertain.

“Not much happens until right before the deadline,” Elias said. He said his staff has had “preliminary conversations” about signing quickly and avoiding arbitration with some of the players.

Elias said that after the manager is hired, coaching vacancies will be filled, and that he wants the manager’s input on a successor to Ron Johnson as the Triple-A Norfolk manager.

“In my view, the spots on the major league staff belong to the manager, rightly,” Elias said. “The ideal way is to collaborate, but I will yield to the new manager’s opinions on these spots as much as possible.”

He also said that he hoped to make additional analytic and international scouting hires “in the near term.”

At the conclusion of the Winter Meetings in Las Vegas, the Orioles will have the first pick of the Rule 5 draft on Dec. 13, and Elias indicated the team would be making a selection.

“I don’t know who we’re going to pick,” Elias said. “I would expect that with us having the first pick in the Rule 5 draft that we will make use of that opportunity. I think there are some good options out there. We’re looking for the biggest talent available.”

The Orioles have made Rule 5 selections in each draft since 2006, the longest streak in the majors.

“I think these guys are for real,” Elias said.

Elias also said that when he was an area scout, he was impressed by Branden Kline, who was added to the 40-man roster last month.

Next June, the Orioles will have their second top pick in the First Year draft in franchise history, and while fans are familiar with Texas high school shortstop Bobby Witt Jr., Elias wouldn’t say which way he is leaning.

Elias selected Carlos Correa when Houston had the top pick in the 2012 draft.