Reading between the lines of Mike Elias' message to Oriole fans - BaltimoreBaseball.com 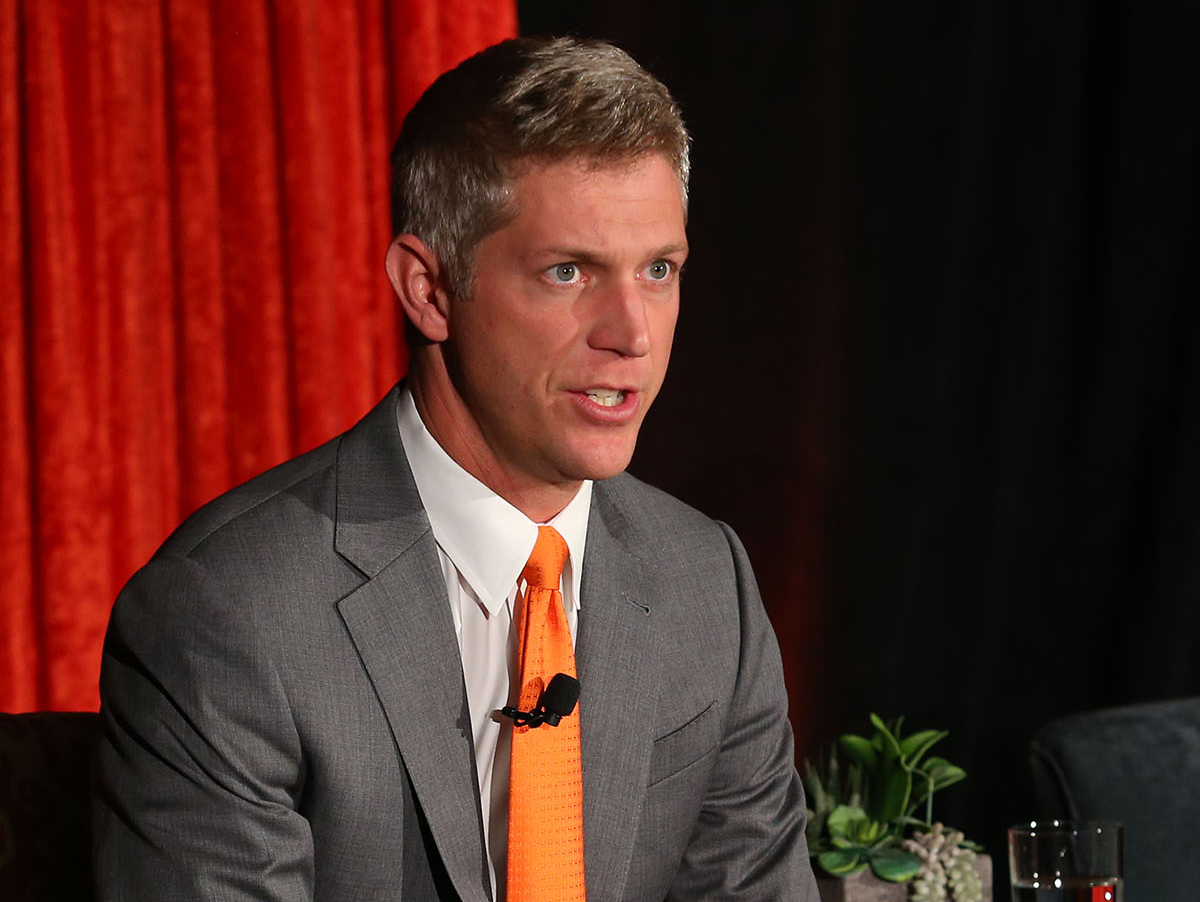 Thanksgiving is over, and Mike Elias has some decisions to make this week. By Friday, he’ll have to offer contracts to arbitration-eligible players. Dylan Bundy, Mychal Givens and Jonathan Villar are certain to be offered arbitration. Tim Beckham and Caleb Joseph’s future must be decided.

Elias’ introduction of a week ago drew rave reviews from fans as did the addition of his longtime aide, Sig Mejdal, to head the team’s analytics department.

In an email to Orioles season-ticket holders, sent on Tuesday, the day before Mejdal’s appointment, Elias reiterated some of the points he made in his introductory news conference, and provided some clues about his next moves.

“A lot of our future core is already here,” Elias wrote. “Homegrown players like Trey Mancini, Dylan Bundy, Mychal Givens, and Cedric Mullins will soon be joined by others. And over the coming weeks, we will select our next field manager, who will be responsible for establishing the culture and style of play for the next era of Oriole baseball.”

Bundy and Givens won’t be eligible for free agency until 2022, and by Elias labeling them as part of “our future core,” it’s obvious that he’s not looking to trade them when the Winter Meetings begin in Las Vegas on Dec. 9.

No one was forcing Elias to name who he thinks are important parts of the team’s future, but by including Bundy and Givens, perhaps he thinks that by 2021, the final year they’re under team control the Orioles will be nearing contention.

The inclusion of Mancini and Mullins shouldn’t be surprising. Mancini has four more years under team control and Mullins, who began his major league career on Aug. 10, has six years until he’s eligible for free agency.

The Orioles are committed to only two players, Alex Cobb and Chris Davis, beyond 2019. Cobb has three more years under contract and Davis four.

Elias addressed Davis’ status during his introduction, saying that he thought he could be able to rebound from his disastrous 2018 season.

Cobb isn’t homegrown, but it will be interesting to see if Elias decides that the team should try to trade him. He still has three years and $43 million left on the contract he signed last March. Based on his performance in 2018, would Cobb, if he were a free agent, be able to command a three-year, $43-million deal? I think not, and as a result, the Orioles might have a hard time trading him if they wanted to.

Without Cobb and Andrew Cashner, who can be a free agent a year from now, the Orioles would have a difficult time cobbling together a respectable pitching staff for 2019.

Cashner and Mark Trumbo are the only players on the 40-man roster eligible for free agency a year from now. (Cashner’s two-year contract could be guaranteed for 2020 if he pitches 187 innings, a figure he’s never reached.)

The Orioles will surely sign or trade for additional players who’ll be eligible for free agency at the conclusion of next season.

Elias’ proclamation that the team’s next manager “will be responsible for establishing the culture and style of play for the next era of Oriole baseball” seems to indicate that he’s not looking for a placeholder.

Some have speculated that Elias would look to a veteran manager initially to hold things together in what promises to be a rocky 2019 and perhaps 2020.

He certainly could choose a manager who’s run a major league team before, but he would be one Elias would like to keep around for more than just two years before moving on.

Next year could be nearly as difficult to watch as the 115-loss 2018 season. Of course, there wouldn’t be the tumult of midseason moves. But, since Elias can’t shuffle the bulk of the 40-man roster by Opening Day, at least some of those who struggled last season will be on hand when spring training begins in Sarasota, Fla., on Feb. 13.

If the Orioles lose 100 or more games again, it could be traumatizing for a first-time manager, but Elias, who seems confident in his abilities, will hire a manager who won’t be fazed by the possibility of a rocky 2019.

“Among the many things I have learned in my experience with this type of process is that the support of the fans will be critical to our success,” he wrote. ”We need you. I promise to communicate with you as openly and as often as I can, and we will rely on you to hold us accountable.”

Elias knows that if the Orioles on-field play improves, attendance will increase, but if next season is nearly as bad as the recently concluded one was, will fans who are supportive now still be patient?

While he’s off to a terrific start, there’s one part of Elias’ note that will certainly be true. Orioles fans will have no problem holding him and others accountable.