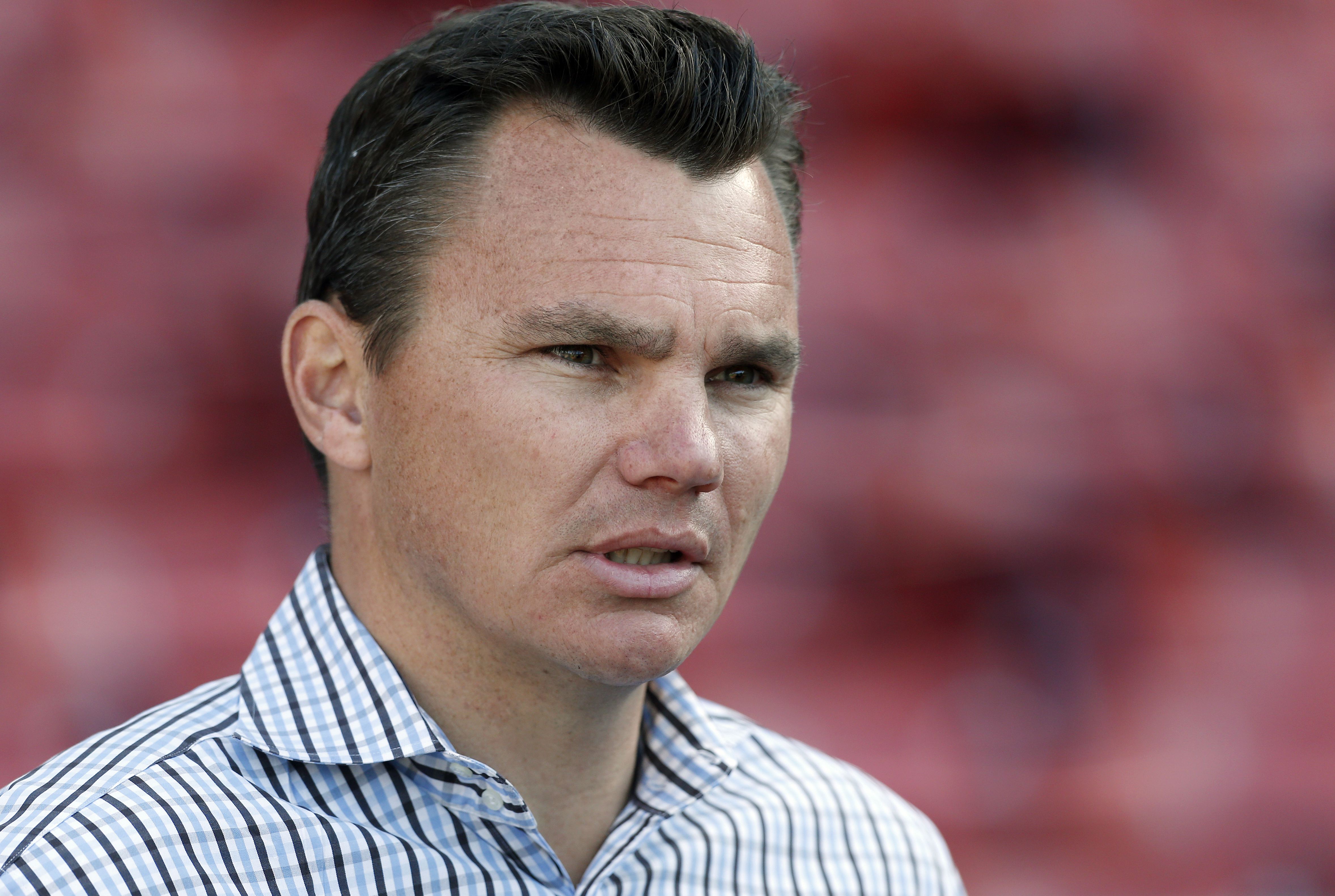 During the past week, there have been reports that the Orioles have interviewed several candidates for their head of baseball operations. Let’s take a closer look at four who have been mentioned.

Cherington is 44, and has been the Toronto Blue Jays vice president of baseball operations for the past two years. He worked for the Boston Red Sox from 1999-2015, and was Boston’s general manager for the final four years of his run there.

In 2013, after Cherington named John Farrell as manager, the Red Sox won the World Series. They slumped badly in 2014, losing 91 games, and Cherington left the organization after Dave Dombrowski was hired to run baseball ops in August 2015.

Cherington, who is fluent in analytics, reportedly turned down opportunities with the New York Mets and San Francisco Giants.

A major appeal is Cherington’s knowledge of the American League East and his strong analytic background.

Cherington would like to build an organization from the ground up, which he could do with the Orioles.

“If something is presented to me, I’ll evaluate it and see if it’s something I want to do,” Cherington told The Boston Globe in August.

Colletti is 64 and his most recent front-office experience was as the Los Angeles Dodgers’ GM from 2005-14. The Dodgers made the playoffs five times in Colletti’s nine years.

Since leaving the Dodgers, he’s been a commentator on pre- and postgame shows and has won an Emmy in that role. He’s also written a book on his experience, “The Big Chair: The Smooth Hops and Big Bounces.”

“His strength is organization,” said someone who worked with Colletti. “You know where you stand with him. There’s no procrastinating. Very honest, genuine, intuitive. He’s not controlled by any one philosophy.”

Colletti is not analytically based, but he is open to using them, his former colleague said.

Colletti’s direct style would work in the Baltimore market, according to the source.

Elias has been the Houston Astros’ assistant general manager since August 2016. According to the Astros’ media guide, Elias “oversees the Astros amateur scouting department and provides leadership and oversight to the Astros player development department.”

He joined Houston in 2012, and worked with GM Jeff Luhnow in St. Louis and Houston.

Elias, who was a left-handed pitcher at Yale, supervised the drafts that selected Carlos Correa, Alex Bregman and Lance McCullers Jr.

“He’d be a good fit,” said someone who worked with Elias. “He’s a good blend of mixing science and the old school. An interesting guy.”

The Astros, who won the World Series in 2017 and were eliminated in five games by the Red Sox in the American League Championship Series this season, are perhaps the most analytically based organization in the game.”

Sarah Gelles, the head of the Orioles’ analytic team, is joining Houston.

While Cherington and Colletti have run baseball operations departments and Elias is a key aid to Luhnow, the 39-year-old Kantrovitz is one of three Oakland Athletics assistant GMs.

Kantrovitz is the most analytically based of the four candidates mentioned here.

He completed his fourth season as assistant GM and, according to Oakland’s media guide, Kantrovitz “is involved in all aspects of the A’s baseball operations department with a primary focus on overseeing the club’s analytic department. He is responsible for the development and implementation of statistical analysis methods used for evaluating players in the amateur draft, free agent and trade markets.”

Kantrovitz was a shortstop at Brown and was a 25th-round draft pick by the St. Louis Cardinals in 2001. He played one game of rookie league ball before a shoulder injury curtailed his career. Kantrovitz, who also served as St. Louis’ director of scouting for three years, told FanGraphs in September that he had strong opinions on shifting.

“It gets a little mischaracterized because we look at it more not as positioning for every play, rather than deciding if we should shift or not. Every situation probably has an optimal defensive positioning configuration. The worn-out spot in the grass can’t be the best starting point all the time, right?”