Are Victor Victor Mesa and Bobby Witt Jr. in the Orioles' future? - BaltimoreBaseball.com 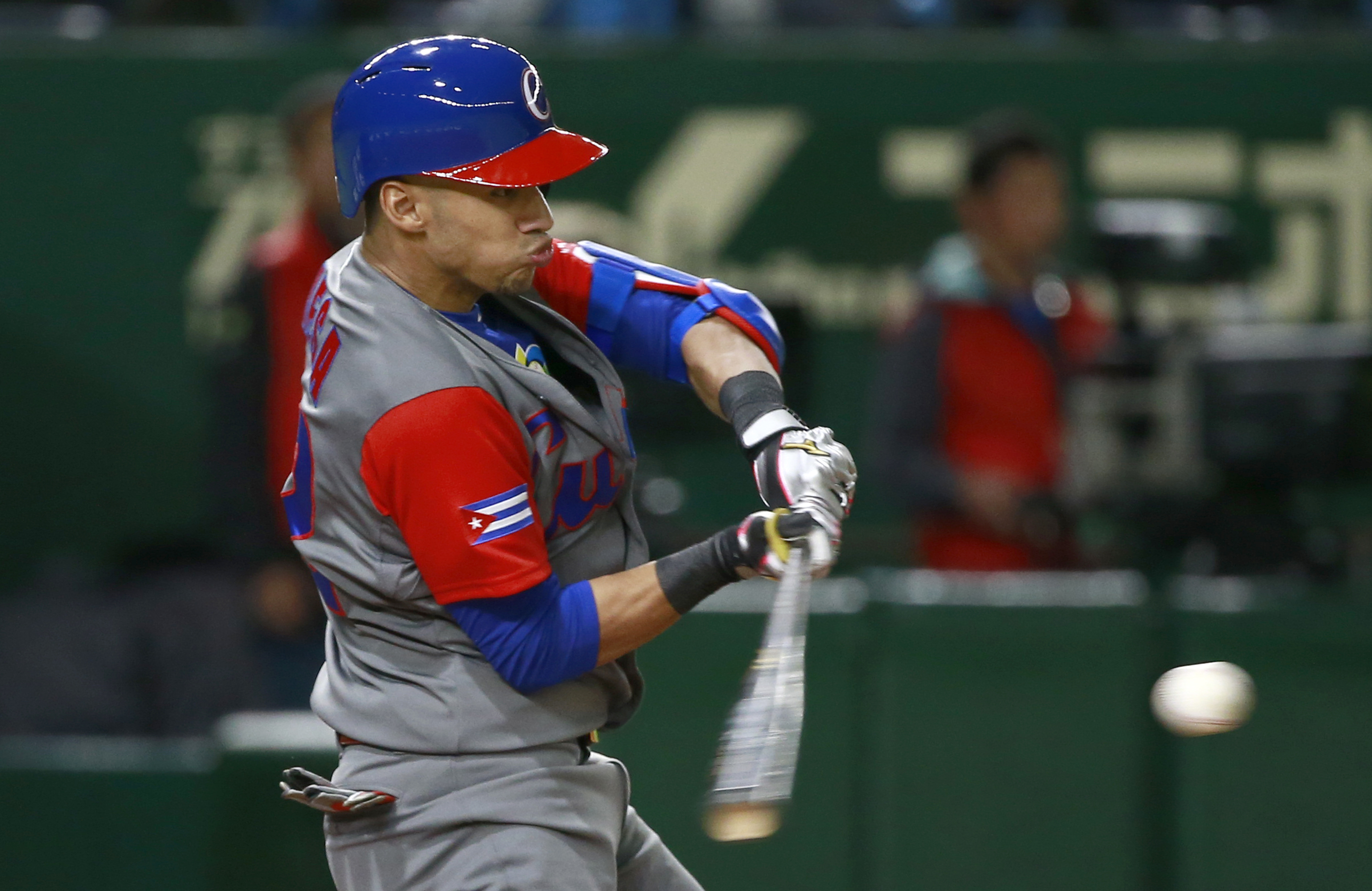 While the Orioles search for a new head of baseball operations and then a new manager, the team’s fans have decided they must have two players they haven’t seen play: Victor Victor Mesa and Bobby Witt Jr.

Mesa, a 22-year-old Cuban center fielder, held a tryout camp Friday for major league teams, and the Orioles, who can spend more than any other team in baseball for him, were represented.

The Orioles have more than $6 million in international signing bonus slot money they can spend on Mesa and his younger brother, Victor Mesa Jr., who’s also an outfielder.

Oriole fans are desperate for a win, and it would be great optics for the franchise if they could sign Victor Victor.

Many fans think they should be able to because they have about $2 million more than the Miami Marlins, who have the second most money to spend.

The Orioles accumulated an additional $2.75 million in international money in the trades for Brad Brach and Kevin Gausman with Atlanta, though they did give $750,000 of it away to Philadelphia for infielder Jack Zoellner.

Even though they signed a few international prospects after former Executive Vice President of Baseball Operations Dan Duquette announced they would re-enter the international market on July 18, they accumulated the money to go after Victor Victor.

Although the Orioles have more money than the Marlins, they have a geographic disadvantage. Marlins Park, where the Mesa audition was held, is in a section of Miami called “Little Havana.”

Not only would the Mesas presumably feel more at home in Miami, opportunities for outside income from endorsements would likely be greater than in Baltimore, which has a small Latin population.

Last year, when Japanese phenom Shohei Ohtani decided to come to America, he could have signed with any franchise but instead of going to Texas, which had the largest amount of international money available, he went to the Los Angeles Angels because he felt more comfortable there.

That could happen again.

Victor Victor Mesa is the latest in a long line of Cuban prospects to come to America. Some of the deals have been good, others haven’t.

Jose Abreu signed a six-year, $68-million contract with the Chicago White Sox in October 2013 and has a lifetime .295 average with a .353 on-base percentage. He’s hit more than 30 home runs three times and has had more than 100 RBIs in four seasons.

Yasiel Puig’s seven-year, $42-million deal with the Los Angeles Dodgers has also been a good. Puig has increased his power numbers, and he has played in the postseason all six years he’s been with LA.

Yoenis Cepedes, who signed with Oakland for four years and $36 million in 2012, has at times been a star for four teams, and has two years left on a four-year, $110-million deal with the New York Mets. In the first two years of the contract, Cespedes, who has often been hurt, played just 119 games,

While Abreu, Cespedes and Puig have had success, others haven’t done nearly as well.

Rusney Castillo, an outfielder who just completed the fifth year of a seven-year, $72.5-million contract with the Boston Red Sox, has played just 99 major league games — none in the past two seasons.

Yasmany Tomas’ six-year, $68.5-million deal with the Arizona Diamondbacks hasn’t been a good one, either. He has a -2.4 Wins Above Replacement Value (WAR) in three seasons for the Diamondbacks, and even though he hit 31 home runs with 83 RBIs in 2016, he was stuck in Triple-A throughout 2018.

Is Victor Victor an Abreu, Cespedes or Puig? Or is he a Castillo or Tomas?

Because of the Collective Bargaining Agreement, the Orioles’ risk is limited. No longer are contracts like those handed out to Tomas, who was 24 when he signed, available to international players under 25.

As for Witt, fans are convinced that he’ll be the player the Orioles choose with the top pick in next June’s draft. Many were rooting for the Orioles to finish with the worst record in baseball, thinking the high school shortstop could be MLB’s version of LeBron James.

Witt is the son of a former major leaguer, Bobby Witt. His uncle, Doug Witt, has joined the Orioles as a scout. That certainly sounds as if the Orioles are planning to take him, but we don’t even know who will be making the selection in a draft that’s still eight months away, much less who they’ll take.

Witt and Oregon State catcher Adley Rutschman are considered the top two prospects, but much can change next spring. Another teenager or college prospect could emerge and eclipse Witt and Rutschman.

During the NFL draft, it’s always fun to hear “draftniks” who profess to know the strengths and weaknesses of quarterback prospects. But at least those self-appointed “experts” have watched the prospects regularly play on television.

Mesa and Witt are unknowns and based on what we’ve heard, it’s fun and exciting to project them in the middle of an Orioles lineup sometime in the next decade. It’s also an enormous guess.