For this Oriole staffer, 9/11 can't be forgotten - BaltimoreBaseball.com 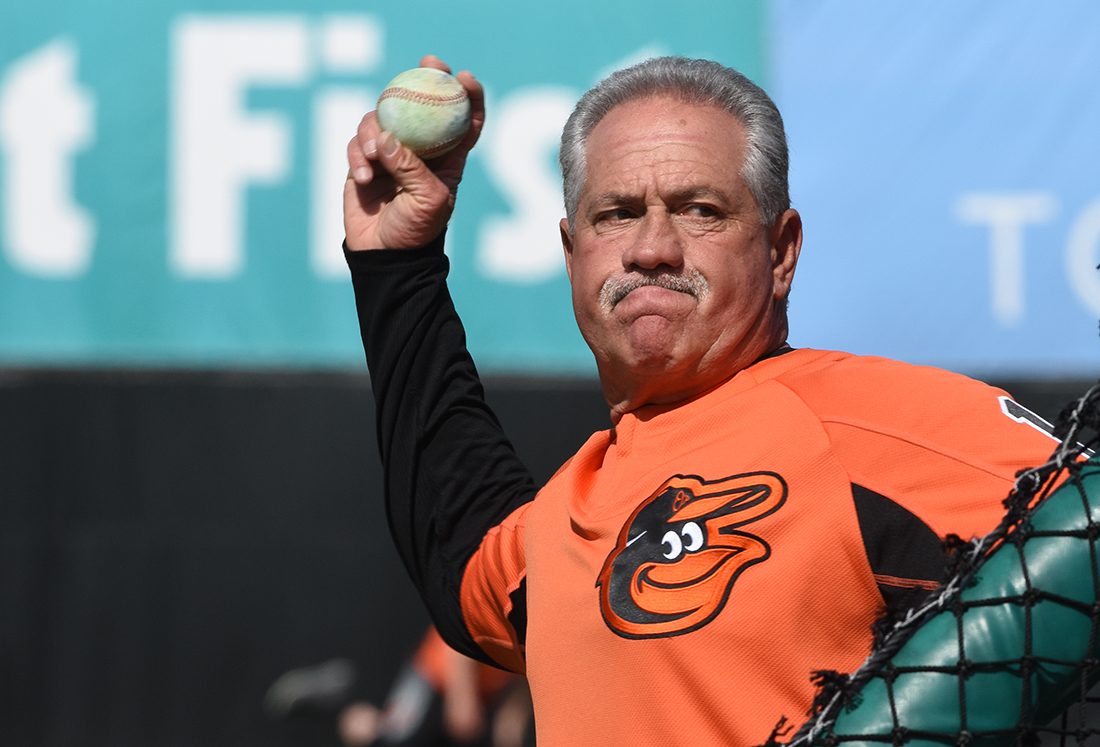 September is always the hardest month for Keith Bodie. It’s the end of another minor league season and the uncertainty of what comes next. A lifetime of one-year contracts doesn’t allow him to plan. After four years in the Orioles’ organization, two as Frederick manager and two more as Bowie’s hitting coach, Bodie is eager to stay with the team, but he doesn’t know what’s next.

Although the Orioles’ season has been a disaster, there’s some satisfaction for the 62-year-old Bodie. He’s worked with many of the players on the Orioles’ roster, including Mychal Givens, Trey Mancini, Tanner Scott, Chance Sisco and Austin Wynns. While he was a minor league manager with the Houston Astros, he managed Jonathan Villar, and remembers taking the young man from the Dominican Republic to Mass regularly.

September also brings the anniversary of one of this country’s most frightening and painful days. The pain of Sept. 11 is personal for Bodie. Often, he’s able to suppress it because he has a team in the playoffs, but this year Bowie’s season ended on Labor Day. Afterward, Bodie got in his truck and began the long drive to his offseason home in Gilbert, Ariz., thinking about his family, his team and the day Americans won’t forget.

Seventeen years ago should have been one of the happiest times of Bodie’s life. As the manager of the Kansas City Royals’ Double-A team in Wichita, he got an unexpected call to the major leagues that September.

Bodie has spent more than 40 years in the minor leagues as a player, coach, manager and instructor, and finally getting a call to experience the major leagues—even for a few weeks—was special.

Royals manager Tony Muser liked Bodie, and he was excited to be in the big leagues. Two days after he arrived, Bodie, a Brooklyn native, watched in horror on TV as the Twin Towers came crashing down. He called his mother back home to tell her about the terrorist attack.

Bodie didn’t think a family member might be involved, even though his cousin, Nicholas Chiofalo, was a New York City firefighter.

“I never put two and two together,” he said.

Bodie’s family life has been a hard one. His father, a New York City Police officer, died suddenly when Bodie was a teenager. His brother and sister died at early ages as well.

After the attack, major league games were postponed. It wasn’t clear how long the hiatus would last, so the next day, the Royals took batting practice in Kauffman Stadium.

“I saw a security guy walking down the stairs,” Bodie said. “I had this eerie feeling he was coming for me.”

Bodie was escorted into Muser’s office, where his wife, Stacy, called him.

“Nicholas is missing,” Stacy told him.

Chiofalo’s company in Brooklyn was called to the World Trade Center to assist in rescue efforts. At 39, he was six years younger than Bodie, and the two were close. Bodie’s family visited Chiofalo’s in Long Island regularly.

“If anybody was missing that day, it wasn’t very good,” Bodie said.

Nicholas was gone, and Bodie felt alone. His new team donated $20,000, which was matched by Royals’ ownership. The money was presented to Nicholas Jr., his cousin’s young son.

The Royals played at Shea Stadium the following year, and Mike Sweeney, the unofficial team leader, promised to hit a home run for young Nicholas that night. He did. It was the last time Bodie would see his cousin’s son.

In the aftermath of 9/11, there were other tragedies. Bodie’s family and Nicholas’ became estranged.

“That’s the saddest part of this whole thing, how it turned my family upside down,” he said.

That estrangement hasn’t stopped Bodie from feeling the pain as each Sept. 11 approaches. In 2016, when Bodie was managing Frederick, he took his family to New York and they visited the 9/11 Memorial, where they saw Nicholas’ name engraved and his picture in the museum.

Each year, Bodie’s children, who don’t have any memories of that awful day, wear their cousin’s picture to school so that others can see what an American hero looks like.

Last month, a photographer who works for the Baysox surprised Bodie by presenting him with a medallion that memorializes the firefighters lost that day. Bodie had just a nodding acquaintance with the man, but he researched Bodie and learned of his loss.

Later, he presented him with a copy of “Sons of Valor, Parents of Faith,” a book by James J. O’Connell, who wrote about the burden carried by relatives of those lost on 9/11. Bodie brought it with him on a recent road trip and began reading it on the bus. He couldn’t make it through the second chapter before he was overcome.

He promised himself to try to pick up the book again during the winter. It’s another way to make sure Nicholas and his fellow heroes won’t be forgotten.

“It never gets any easier,” Bodie said.