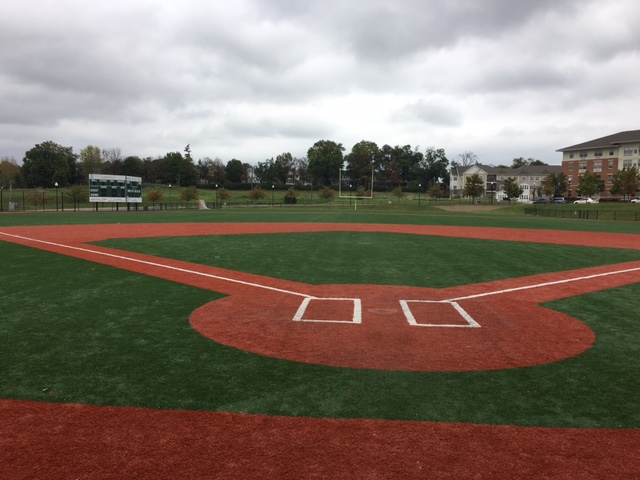 Wednesday started as a bad day.

In the morning, I received news that the scrape on the side of my car was going to cost thousands to repair.

Then, on my way to Baltimore to take my dad to lunch, I was stuck in an ugly traffic jam on Interstate 83. It took me about an hour to go five miles in a steady drizzle before the congestion mercifully subsided.

I called my father periodically to give him updates while I inched along I-83. He told me to turn back, that we’d do lunch some other time. But I didn’t want to make the day worse. I wanted to accomplish something. And I didn’t know when I’d have another free afternoon in the near future to hang out with him.

So, I sucked it up, tried to be patient and kept driving. Ultimately, we ended up at our destination, Koco’s Pub, in Lauraville, a northeast Baltimore neighborhood.

We went there for the crabcakes, which I had been told were better than Pappas Restaurant’s – and those are fighting words for a kid that grew up near Parkville.

I certainly wasn’t disappointed by Koco’s; the outstanding crabcake was about the size of my clenched fist, maybe slightly bigger.

Years from now, though, I won’t remember Wednesday for the food. I’ll remember it for what happened when my 86-year-old father and I left the restaurant.

Over the years, whether it was while I was working at The Baltimore Sun or now, in running my own site, I’ve never been afraid to share glimpses of my personal life with my readers, assuming it had some connection to sports.

Today is one of those days – to write from the heart, not to drink myself into obnoxiousness.

It’s one of those days because of the kind of afternoon Wednesday became.

One turn of the steering wheel took me off Harford Road and onto Memory Lane. Mainly my father’s Memory Lane. And I was happily, thankfully, along for the ride.

As we were turning north onto Harford Road in the midst of a backfin coma courtesy of Koco’s, I asked my dad, Jerry, how far it was from where he grew up in the northeast part of the city.

A couple miles, he said.

I drove for a few seconds, and then said, “You want to go back and see it?”

I assumed he would say no; I was familiar enough with that part of Baltimore to know there’s no longer a whole lot to see. To be kind, it’s not exactly a tourist trap these days.

But my dad hesitated.

That was enough for me. My soft-spoken father has never liked to impose. An “if you want to,” was a clear opening to drive him back 70 years.

I turned the car around and headed south on Harford. And we drove around, past Clifton Park and the area where Pop once haunted. We drove by his old elementary school – now an apartment building — and his old junior high, which is still a school.

My grandfather was the caretaker of a cemetery, and my dad grew up in the 1940s on the cemetery grounds. It was redeveloped decades ago; a church and a school and some other buildings are there now. We sat in the school parking lot for a few minutes and stared at an open grass field as Dad pointed out the boundaries of the departed cemetery.

We drove to where my uncle’s dry-cleaning store once was and we swung by the spot that used to be an old neighborhood bar where my dad, as a young boy, and his father had watched a World Series game on a then-dazzling, black-and-white TV.

That long-since-closed establishment was owned by a Greek family named Angelos; a son, Peter, tended bar there while working his way through college and law school.

It was one of two baseball connections during the this-is-your-life tour with my dad. We were wrapping up with a drive to Baltimore City College High School, where my dad went, when I asked if we could make one more stop – since it was close.

We went to 33rd Street. Got out of the car and walked to the turf baseball field (pictured above) nestled between senior living apartments and a YMCA.

The Little League diamond, called Memorial Field at the Y, was built in 2010 by the Cal Ripken Sr. Foundation on the site of Memorial Stadium, the place where the Orioles and the Baltimore Colts created so many historic moments.

I spent a lot of time at old Memorial, often in the bleachers, often alongside my dad.

And there we were Wednesday, father and son together outside of Memorial again. So different, yet it strangely felt right, too.

After a few minutes, we returned to the car and cruised up Loch Raven Boulevard – the same path as the old No. 3 bus that would take us back and forth to games — toward my childhood home, which we sold a few years back.

We didn’t stop in my old neighborhood; this was my dad’s impromptu Memory Lane stroll, not mine.

We got on the beltway – past the rubble of the old Bel-Loc Diner which will soon be (gulp) a Starbucks – and I took my dad to his apartment.

The previous traffic jam, the car bill and even the Koco’s crabcake were in the rearview mirror, seemingly much further away then they appeared.

Instead, my dad’s childhood, our times together, and an unforgettable Wednesday afternoon were in front of me as I drove on.