The top high school senior ballplayers across the state come together at Oriole Park at Camden Yards on Sunday for the annual Brooks Robinson All-Star Game.

It’s an opportunity like no other – playing a baseball game at a major league ballpark.

But for four players – one from Boys’ Latin and three others from St. Michaels – it’s a chance to continue an emotional high: Following a high school championship by taking the same field as the likes of center fielder Adam Jones and third baseman Manny Machado.

The game is set to start 90 minutes after the Orioles complete their contest against Boston. You can follow live tweeting of the All-Star game on Twitter at @Sean_Naylor and we’ll have a wrap-up story Sunday night on BaltimoreBaseball.com.

Here are the rosters for each All-Star team: 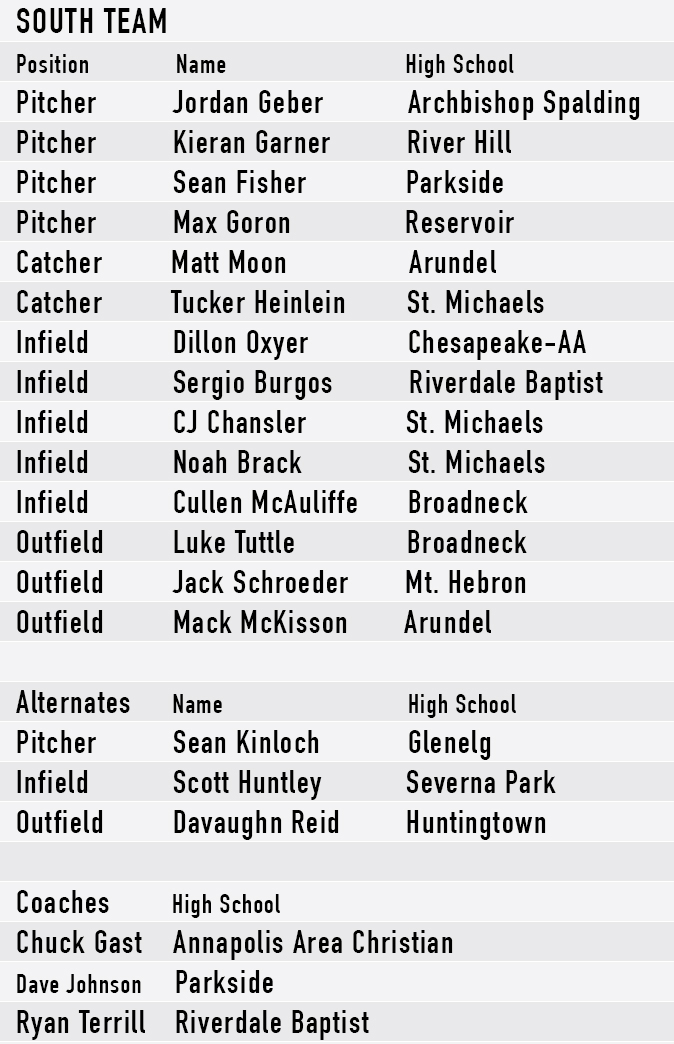 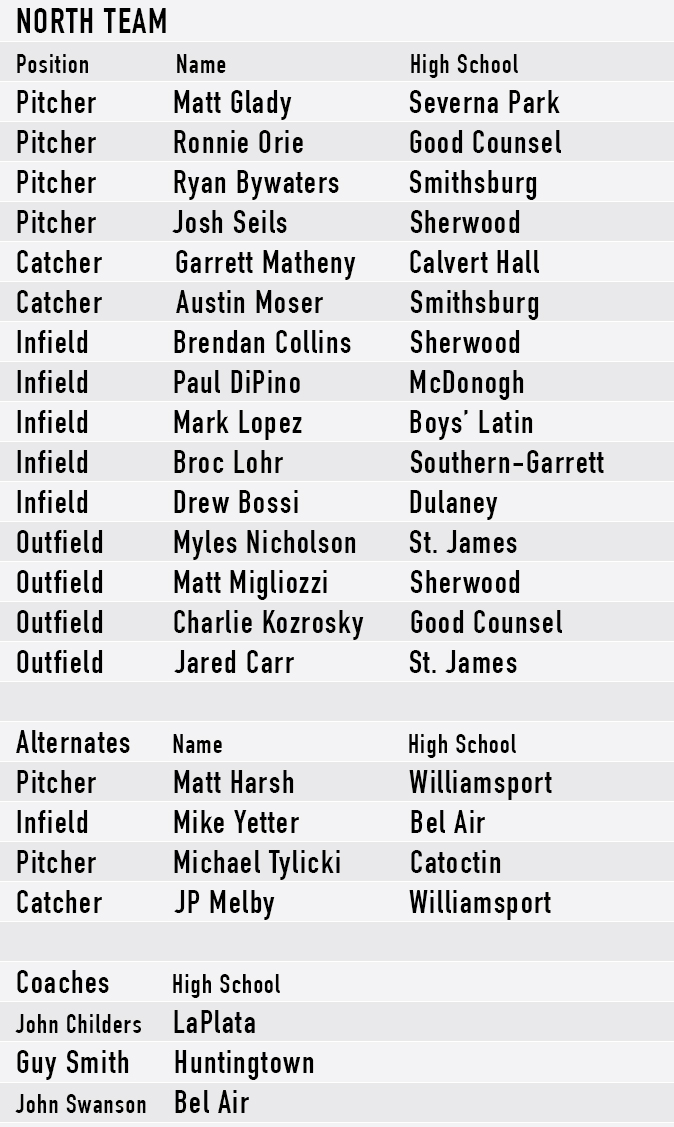