The passing of an Orioles' 'Moonlight Graham' - BaltimoreBaseball.com 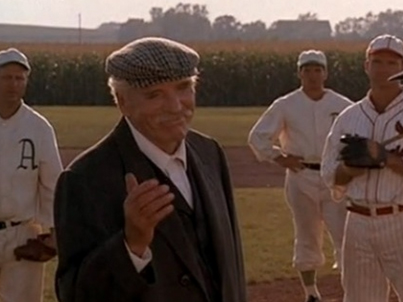 The Orioles and A’s were rained out, so it’s kind of hard to give you analysis of something that didn’t happen.

So I thought I’d share a little tale about an old Orioles ballplayer today – yeah, call it a rainy-day story (or post-rainy-night story).

It was brought to my attention Friday that Gordon “Gordie” Sundin died this week in Florida. Sundin was a big, strong right-hander that once pitched for the Orioles.

Sundin pitched in one game, one inning, in 1956 for the Orioles. He was only 18 and a little more than a year removed from a Minnesota high school when he debuted.

He had been signed to a five-year, $50,000 contract – he could have played college halfback at Notre Dame, Minnesota or Wisconsin, but chose baseball – by the Orioles’ Paul Richards, who was collecting a stable of bonus-baby-type pitchers.

I interviewed Sundin back in 2006 when I was with the Baltimore Sun and wrote a couple pieces about the Orioles’ “Moonlight Grahams,” guys who played in just one big league game in their entire careers. (The movie “Field of Dreams” immortalized Archibald “Moonlight” Graham, who played in one game for the New York Giants in 1905.)

At the time my story ran, there were six players who qualified as Moonlight Grahams for the Orioles: Roger Marquis in 1955, Sundin and George Werley in 1956, Tom Patton in 1957, Jeff Rineer in 1979 and Radhames Dykhoff in 1998.

There appears to be two more since I wrote those pieces: pitchers Zach Clark and Mike Belfiore, both of whom pitched one game in 2013 and are out of affiliated baseball.

I focused one story specifically on Sundin back in 2006. It ran on the 50th anniversary of his lone game. The full story is here.

Sundin was fantastic when I talked to him. In fact, he joked about the whole incident; realizing his lifelong dream turned into a bit of a nightmare.

Sundin had been hurt most of the year, and was just waiting for a chance to finally get into a game in 1956. It happened on Sept. 19. He entered to start the eighth inning at Briggs Stadium in Detroit against the Tigers. He walked the first batter he faced and then the second – on a total of nine pitches.

He then had to pitch to Harvey Kuenn, the AL’s hits leader that season. After two more balls, coach Luman Harris came out to remove the hard-throwing kid with no control. Ten balls in 11 pitches will do that.

Sundin retold a mound exchange between him and Harris that was straight out of a baseball movie.

“Let me take care of Kuenn,” Sundin pleaded to Harris.

“That’s what we’re afraid of, son,” Harris responded. “Give me the ball.”

And that was it.

Sundin never got the chance to accidentally maim a big league batter. He walked off the mound and never pitched in the majors again.

He ended up with an infinite ERA when reliever Billy O’Dell allowed a sacrifice fly to Hall of Famer and Baltimore native Al Kaline in the eighth. The run was charged to Sundin, who gave up one run without recording an out in his career.

Sundin didn’t live to see the 60th anniversary of that moment.

So I’m telling his tale again for him – roughly 60 years after his not-so-shining moment on the big league mound.