Some thoughts on the passing of ex-Oriole pitcher Milt Pappas - BaltimoreBaseball.com 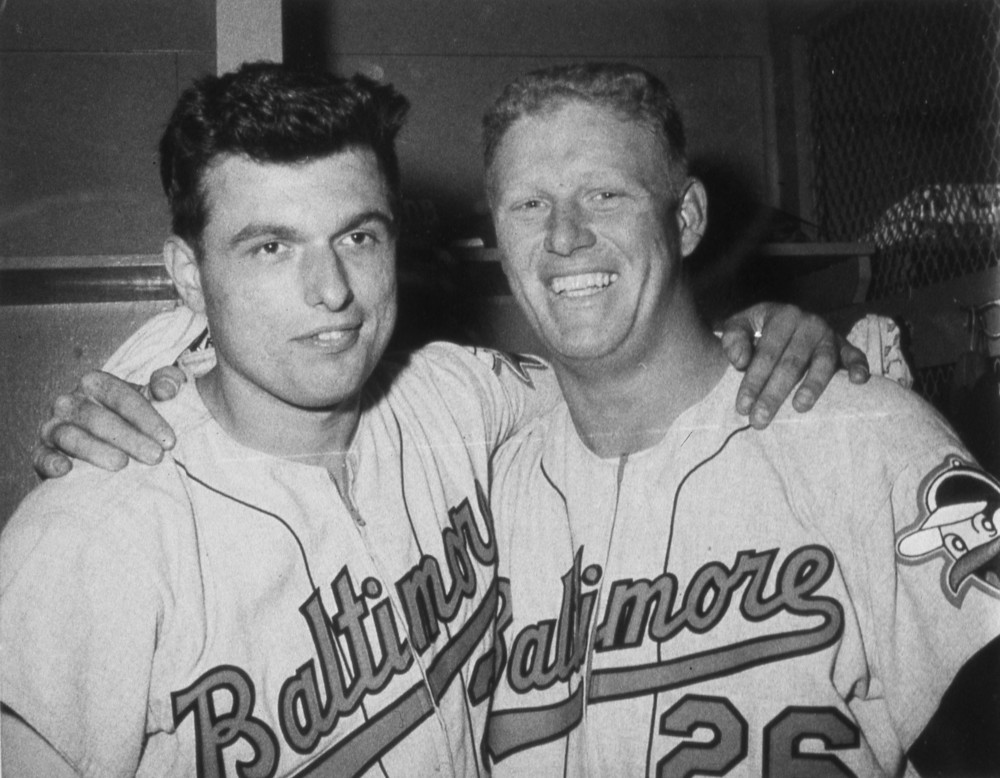 Right-hander Milt Pappas (left, in the above picture with Boog Powell) will forever be remembered in Baltimore – and in the annals of baseball history — as the key piece of the trade that netted the Orioles slugger Frank Robinson from the Cincinnati Reds before the 1966 season.

It was a trade that transformed the Orioles from a good team to a perennial World Series contender.

Pappas, who died Tuesday from natural causes in Chicago at age 76, didn’t want to leave the Orioles in 1965. And as a 209-game winner and two-time All Star in a 17-season career, he didn’t want to be known simply for being on the wrong side of a famously lopsided trade.

I had heard Pappas was still bitter about that deal decades later. But I knew I wanted to talk to him for the book, “100 Things Orioles Fans Should Know & Do Before They Die” that I was writing in 2014.

So I approached Pappas during the Orioles’ 60th anniversary celebration that year and explained my line of questioning. He told me to give him a call.

I did. And we talked for an hour, maybe more.

He was tremendous about so many things: about pitching with the Kiddie Corps in 1960; about his experiences with former Oriole manager/GM and Paul Richards; about what it was like to throw to Gus Triandos. And he probably was the best about the Robinson trade – so much so that I made his recount of it a sidebar in the book. He laughed through part of the retelling of the story, joking, “That was pretty nice of me to give (Robinson) a World Series, huh?”

If there were any bitterness, it was directed more toward how management misled him after it was reported in newspapers that the Orioles may be shopping him to San Francisco in late December 1965.

It was shocking news, Pappas told me, because in the trip back from Cleveland at the end of the 1965 season, lefty Steve Barber was yelling to anyone who would listen that he wanted to be traded. So Pappas assumed if a starting pitcher were going to be sent packing from Baltimore for an offensive lift, it would be Barber.

Pappas sought confirmation while he was at a hotel in Florida as part of the player representative meetings. He ran into an Orioles’ contingent that included manager Hank Bauer and several members of the front office. He asked them about the rumors and was told, “You are our No. 1 pitcher. You are not going anywhere.”

Pappas sighed when he delivered the painful punchline.

“Two days later, I got traded,” he said.

I’m a sucker for baseball history, especially hearing the tales from the people who lived it. That hour I spent talking with Pappas was among the most enjoyable interviews I conducted for the book. So much fun, so entertaining.

Here was another story: Pappas was a member of the 1969 Atlanta Braves and knew plenty about the surprising (and Amazin’) New York Mets, who beat the Braves in the NLCS. Pappas was still living in Baltimore at the time, so after his season ended he spoke with several Orioles as they prepared for the World Series. The opinionated Pappas told me, matter-of-factly, what he said to his old Orioles buddies before that October Classic upset: “You’re gonna get your ass kicked. Mark my words.”

I howled when he relayed that one. I laughed through much of our conversation.

So many people will remember Pappas as the guy in the Robinson trade. Old-time Orioles fans will remember him as a consistent winner, whose 110 victories in parts of nine season landed him in the Orioles’ Hall of Fame and is still seventh most in franchise history.

But me? I’ll remember that fantastic conversation with a man who brought the club’s history to life with his stories.