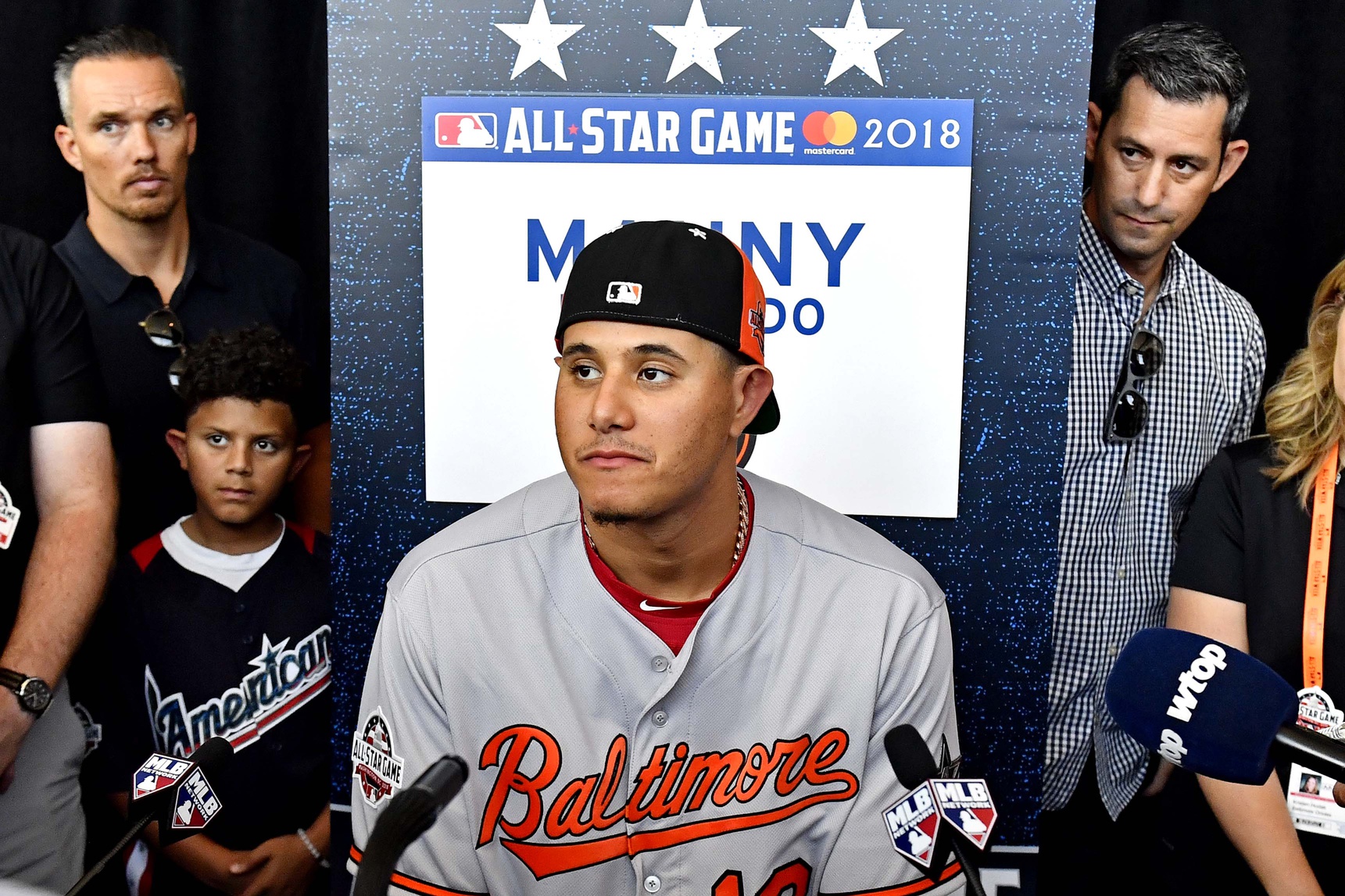 This summer, the Orioles will celebrate the 40th anniversary of their last World Series championship in 1983. That team featured three Hall of Famers — Eddie Murray, Jim Palmer and Cal Ripken Jr.

Since then, the Orioles haven’t gotten to the World Series and have produced only one Hall of Famer, pitcher Mike Mussina who played most of his career here. Mussina played 10 of his 18 seasons with the Orioles and eight with the New York Yankees, but chose not to be identified with either team on his Hall of Fame plaque.

Although former Orioles, Harold Baines, Vladimir Guerrero Jr., Tim Raines, Lee Smith and Jim Thome have been elected to the Hall of Fame, none played close to the majority of their career in Baltimore. Raines and Thome didn’t even play a full season with the Orioles.

There weren’t any close calls on former Orioles in the Hall of Fame voting results announced Tuesday night. Longtime shortstop J.J. Hardy didn’t receive a single vote, and reliever Francisco Rodriguez, who saved 437 games, fourth most in history, but none for the Orioles in his 23-game stint with the team in 2013, received 10.8 percent.

That’s far from the 75 percent needed for election, but above the five percent threshold to ensure that K-Rod will remain on the next ballot.

There aren’t any Orioles likely to be serious contenders in the near future. Adam Jones, Nick Markakis and Matt Wieters were outstanding players and surefire Oriole Hall of Famers but aren’t likely to garner significant support for Cooperstown.

Other former Orioles, including Jim Johnson and Chris Tillman, are eligible to be considered for next year’s election, but they must first pass a screening committee to even make the ballot.

There could be some Oriole connections in future Era Committee elections. Bobby Grich, an overlooked candidate with a lifetime WAR (Wins Above Replacement) of 71.1, is in Hall of Fame territory.

Third baseman Scott Rolen, the only player elected this year, had a 70.1 WAR.

Although he began his career with the Orioles, Grich played more than 400 more games for the California Angels and had more than twice as many home runs (154-70) with the Angels.

It’s a golden age for managers. Showalter contemporaries Dusty Baker (ninth all-time in wins), Bruce Bochy (12th) and Terry Francona (16th) have won six World Series between them, and are headed for Cooperstown.

Though Showalter managed in Baltimore for longer than he managed in any of his other four major league jobs, it’s not a certainty that he would go into the Hall as an Oriole if he were elected.

Those are joint decisions made between the Hall of Fame and those enshrined. Rolen said on MLB Network that he hadn’t decided on his identification, and it’s not unusual for those with several teams to not pick one.

Machado has been named to six All-Star teams, four with the Orioles, and won both his Gold Gloves at third base in Baltimore.

He left Baltimore at the All-Star break in 2018 and may be just halfway through his career. It would seem unlikely that playing the first seven of a possible 20-year career would cause Machado to consider identifying himself as an Oriole when and if the call from Cooperstown came.

Oriole fans flocked to upstate New York in 2007 when Ripken was inducted, the last for an Oriole. It may be decades before there’s another.