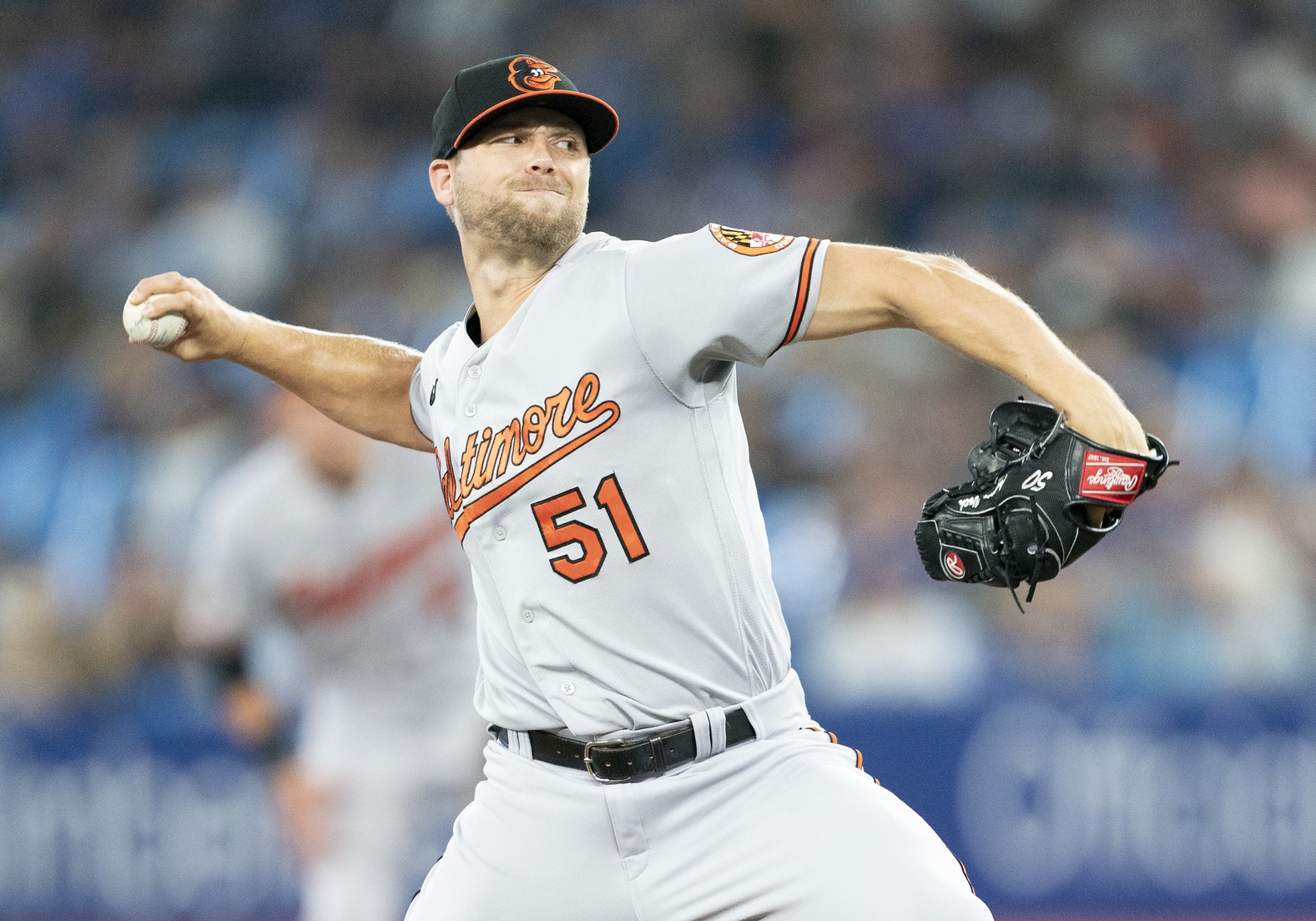 It shouldn’t be a surprise that the only one of the six Orioles eligible for arbitration who hasn’t reached an agreement with the team is pitcher Austin Voth. That’s because the 30-year-old right-hander, unlike the other five players who came to agreements on Friday, doesn’t have a set position.

Players and teams had until 1 p.m. Friday to reach agreement on a 2023 contract or else they’d have to exchange figures. Voth has asked for $2 million and the Orioles are offering $1.7 million.

MLBTradeRumors.com predicted Voth would receive $2 million, and their predictions on what the other five would get were accurate.

Executive vice president/general manager Mike Elias has a policy of not negotiating beyond the deadline but made exceptions for multi-year deals for Trey Mancini and John Means last year, which were agreed to before arbitration hearings.

While $300,000 is a lot of money for you and me, it’s not in baseball. You also might think the two sides could compromise at $1.85 million with incentive clauses for performance bonuses or an All-Star team selection, as the other players negotiated. The difference is one of the lowest among the 33 players who filed for arbitration on Friday.

If there’s no settlement, Voth’s hearing will be held in St. Petersburg, Florida before a panel of three arbiters between January 30th and February 17th, which is two days after Oriole pitchers report to Sarasota.

Voth was valuable last season. After he was claimed off waivers from the Washington Nationals on  June 7th, Voth went to the bullpen for three appearances before he became a starter, though he did pitch in relief twice later in the season. He completed only six innings twice in 17 starts, but he didn’t allow more than three runs until his final start of the season.

Voth was 5-4 with a 3.04 earned-run average, but he pitched only 83 innings, far fewer than Dean Kremer, Kyle Bradish, Spenser Watkins and Tyler Wells, none of whom pitched a full season for the Orioles.

Bradish, Kremer, Wells, newcomer Kyle Gibson and top prospects Grayson Rodriguez and DL Hall are higher priorities for the starting rotation. If the Orioles sign another starter before spring training, he’ll slot ahead of Voth as well.

With three bullpen spots available and innings limits for others, Voth could slide between long and middle relief and starting. He doesn’t have any minor league options remaining.

Mancini’s a Cub: It took Trey Mancini most of the offseason, but the ultimate Orioles’ good guy found a new home for 2023 and possibly 2024. The Chicago Cubs and Mancini reportedly have reached an agreement, and if Mancini amasses 350 plate appearances this season, he’ll be able to opt out of the contract and test the free-agent market again next offseason.

Mancini will earn $14 million over the two years with an additional $7 million available in performance bonuses.

Some fans hoped the Orioles would re-sign Mancini, but there was no chance of that because they were looking for a left-handed hitter at first base and designated hitter to back up Ryan Mountcastle. With Mancini clearly frustrated by the new dimensions of the left field wall at Camden Yards(nearly 30 feet deeper and 6 feet higher), it was time for him to move on.

The Orioles are scheduled to visit Wrigley from June 16th-18th.

Call for questions: I’ll be answering Orioles questions in the coming days. Please email yours to: [email protected].