John Angelos: 'Fear not, the Orioles will be here' - BaltimoreBaseball.com 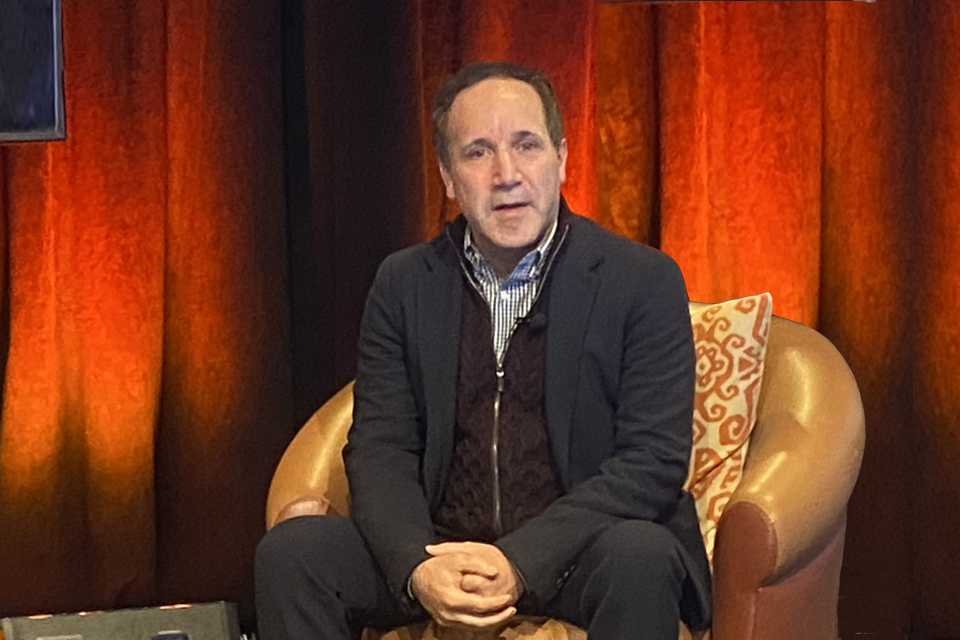 The Orioles remain committed to Baltimore and plan to sign a lease extension, John Angelos, their chairman and CEO, said on Monday.

“The Orioles are going to be here for the long-term,” Angelos said at a Martin Luther King Day event at the Camden Yards warehouse. “We have been here, and I’ve said many times, publicly, unsolicited, unprompted, we’re never going anywhere.”

The event was to announce a $5 million donation from the Orioles to the CollegeBound Foundation, an organization that aids Baltimore City school children in getting into and completing college.

“As long as I have this job, I think you can count on the fact that the Orioles are going to be in Baltimore,” Manfred said.

“The Orioles will continue to work with the Stadium Authority [Chairman of the Maryland Stadium Authority] Tom Kelso and the next administration. I count [Baltimore City Mayor Brandon Scott and Governor-elect Wes Moore] as my personal friends,” Angelos said.

“We’re going to get this done for just about every reason. We’re all local people who have the best of intentions. Fear not, the Orioles will be here.”

Scott, who attended the event, is a lifelong Orioles fan.

“The Orioles have continued to make deep investments in the community,” Scott said. “There are many worries I have. The Orioles are not one.”

It was a rare public appearance for Angelos — his first since his brother Louis filed suit against him and his mother — and he had a testy exchange with Dan Connolly of The Athletic who asked whether his family remained committed to the team.

“That’s not an appropriate subject matter for this day,” Angelos said. “This day is about young people who are attempting … There’s a vicious and virulent amount of racism historically through this country, and part of what we’re trying to do here is change that.

“It’s really not important at all in the grand scheme of things to people that are clear-thinking and who mean well and have a perspective to, on Martin Luther King Jr. Day, where we’re talking about putting kids, who don’t have a shot in hell at anything because of where they were born, through college to be talking about those kind of things.

“I find that completely inappropriate and I think your focus is completely out of touch and has no perspective on what real-world people face and what the real pillar and role of an organization like the Orioles and the Ravens ought to be.

“My family owns over 70 percent of the team … Number 2, we’re not going anywhere, Number 3, the principal owners are Georgia and Peter Angelos, and Number 4, you see what we’re doing here in the community.”

Angelos went on to point out the Orioles’ accomplishments, highlighted by a 31-game improvement in the team’s record last year.

“You also know that in 36 months, with an 18-month overlay of Covid, we were able to turn the entire team around, one of the top … reversals in the history of Major League Baseball while also taking the minor league system from 25th to first.”

He also mentioned the Orioles having top prospects in Adley Rutschman and Gunnar Henderson in consecutive years as perhaps unprecedented.

“I’ve been very outspoken. I’ve been very transparent. In fact, I would like you and all your colleagues next week, not on Martin Luther King Day, you can come back in this building, you can meet me in this office, I’ll take you down to the third floor, and I’ll show you the financials of the Orioles, I’ll show you the governance of the Orioles. I’ll show you everything you want to know, and I’ll [answer] all your questions, but today on MLK day, I’m not answering any of those questions.”

About CollegeBound: After Angelos and Scott spoke, Cassie Motz, executive director of the CollegeBound Foundation, addressed the Orioles’ gift.

“A $5 million gift is transformative,” she said. “We work with students during high school to guide them to college and then we give out $4 million of scholarships every year to Baltimore City graduates, and then we stay with our students during college. Seventy-five percent of the students in our program are graduating from four-year college, which is an incredibly impressive number.”