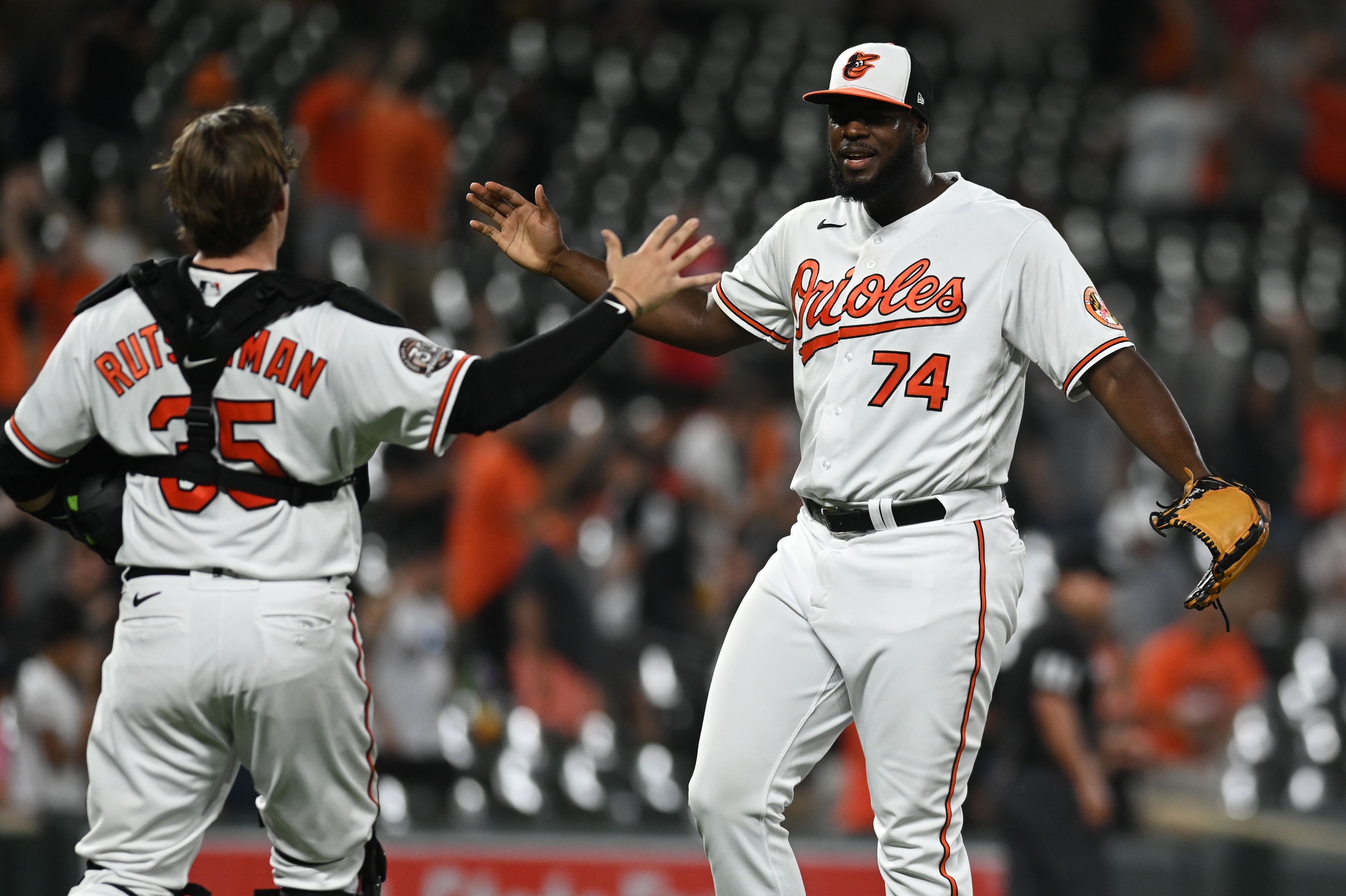 The Orioles’ bullpen was surprisingly good in 2022. Three relievers with no track record — Bryan Baker, Félix Bautista and Cionel Pérez — were keys to the bullpen’s success.

Executive vice president/general manager Mike Elias knows that as impressive as Baker, Bautista and Pérez were last year, they could take a step back this year. So could Dillon Tate, who had more recent success in the major leagues than the other three.

To guard against a bullpen regression, Elias signed Mychal Givens as a free agent, returning the 32-year-old to the team he was traded away from in August 2020.

Elias has also made three other moves to bolster the bullpen. Each pitched in the Boston Red Sox organization last season.

Right-hander Andrew Politi was the Orioles’ selection in the Rule 5 draft. Eduard Bazardo signed with the Orioles as a minor league free agent last month. On Wednesday, the Orioles acquired left-hander Darwinzon Hernandez from the Red Sox in exchange for cash considerations.

The numbers that stand out are Hernandez’s against the Orioles. He’s 1-0 with a 2.25 ERA in seven games, and he has struck out 16 batters in eight innings.

Bazardo has a 2.08 ERA in three games against the Orioles.

With five of a probable eight spots accounted for — Baker, Bautista, Givens, Pérez, Tate — there will be strong competition in spring training for the final three spots.

If Mike Baumann, Austin Voth, Spenser Watkins and Bruce Zimmermann aren’t in the starting rotation, they could be in the bullpen mix, too. Voth, who has no options remaining, might have the advantage, especially with his 3.04 ERA and starting experience.

If DL Hall isn’t in the starting rotation with the Orioles or at Triple-A Norfolk to begin the season, he could be in the bullpen, too.

Yennier Cano, acquired from Minnesota in the trade for Jorge López, remains on the 40-man roster. Noah Denoyer, who has yet to pitch above Double-A Bowie, was placed on the major league roster in November.

Left-hander Nick Vespi, who didn’t allow an earned run in 26 appearances for Norfolk and went 5-0 with a 4.10 ERA in 25 games with the Orioles, is also on the roster. Vespi had hernia surgery last week and might not be able to begin the season with the Orioles.

Of the bullpen candidates, Akin, Hall, Pérez, Zimmermann and now Hernandez are also left-handed. The starting staff is overwhelmingly right-handed.

John Means, the staff ace, started just twice last season before he had Tommy John surgery in late April. Including an emergency start from Akin, only 16 games were started by Oriole left-handers. Zimmermann started 13 and Hall started in his major league debut on August 13th at Tampa Bay.

Politi is perhaps the most interesting story to watch in spring training. With so many spots apparently accounted for, the Orioles may want flexibility, and they’re unable to option Politi to the minor leagues.

However, his minor league numbers last season were excellent: 6-1, 2.34 ERA and eight saves in 50 games for Double-A Portland and Triple-A Worcester. In 69 1/3 innings, Politi allowed 45 hits, struck out 83 and walked 22

It’s a welcome change for the Orioles to have a number of viable candidates for the bullpen.

As the deadline for exchanging figures for arbitration-eligible players nears on Friday, there’s much movement around the game, and first baseman Lewin Díaz again found himself on the move. In just over seven weeks, Díaz was acquired off waivers by Pittsburgh from Miami, claimed by the Orioles, traded by the Orioles to Atlanta, claimed again by the Orioles, and with the acquisition of Hernandez, designated for assignment again.

Perhaps the Orioles will be able to get Díaz and another left-handed hitting first baseman, Ryan O’Hearn, through waivers and get them to spring training on minor league contracts. O’Hearn was acquired in a trade with Kansas City, also for cash considerations on January 3rd, and two days later designated for assignment when Díaz was claimed from Atlanta. O’Hearn’s fate could be decided on Thursday.

Note: The Orioles have $5,825,500 in their bonus pool to spend in the international free-agent signing period that begins on Sunday. Bonuses less than $10,000 are not counted against the limit.