McCann wants to be a veteran leader for young Orioles - BaltimoreBaseball.com 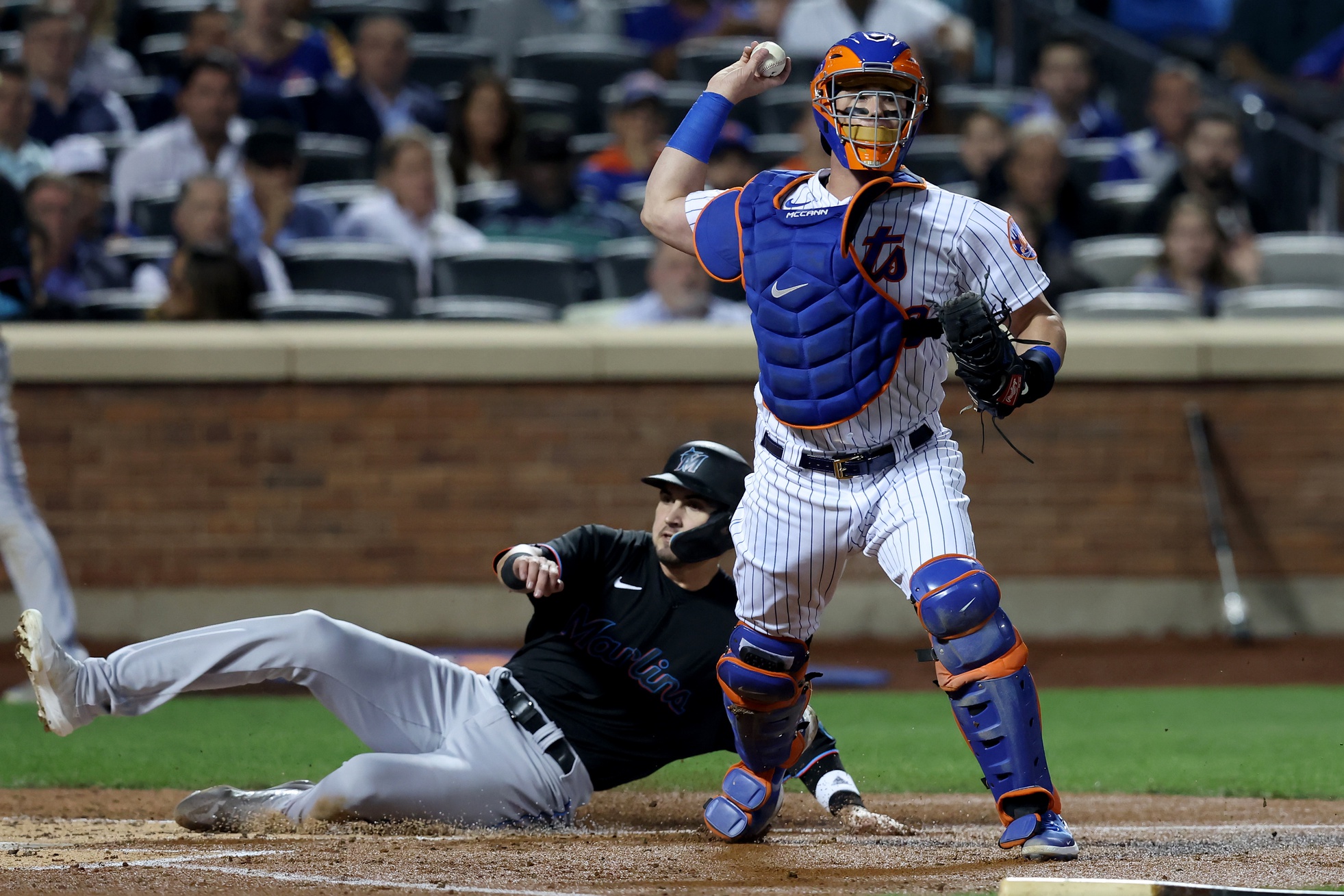 On December 21st, the Orioles filled their need for a backup catcher when they acquired James McCann from the New York Mets in exchange for cash considerations.

McCann, who has signed for the next two seasons, wasn’t expecting the move.

“The timing of it was a little crazy, especially with the holiday season,” McCann, 32, said during a video conference call on Tuesday. “I’m excited to be part of a young, up-and-coming team. The opportunity to be a veteran leader and mentor some of the younger players and lead Baltimore back to the playoffs and beyond.”

McCann played five seasons with the Tigers, two with the White Sox, and two with the Mets. Last season, he never got to see the Orioles.

“Since I’ve been traded, guys around the league have reached out to me who saw them, especially down the stretch this year, talked about how talented a roster the Orioles have, that we’re going to be a good team,” McCann said. “Seeing them in highlights, seeing what they accomplished down the stretch, I think there’s a lot of things to be excited about in Baltimore.”

McCann was a regular until last season when he played 61 games with the Mets, hitting .195 with three home runs and 18 RBIs. He had two lengthy stays on the 10-day injured list because of a broken bone in his left wrist and an oblique strain.

“If you look at ’22, the expected numbers and hard-hit [percentage], everything was good except for the actual results,” McCann said. “Things didn’t bounce my way in ’22, whether it was injuries or balls hit right at people.”

With starter Adley Rutschman set for perhaps 120 games behind the plate, McCann is facing a different role.

“Adley’s obviously a very talented player,” McCann said. “He came up last year and had a heck of a season. I’m looking forward to working with him, looking forward to offering any sort of veteran experience to help him in his learning curve, calling a game and managing a game at the big-league level.

“I can’t control how many games I play, how many games I don’t play. All I can control is the kind of teammate that I am, what I do when my name does get called. I’ll be prepared for whatever comes my way. I’m looking forward to meeting Adley and helping him continue to develop.”

McCann is moving from a veteran-heavy team in the Mets to one on which he’s the third-oldest player on the 40-man roster behind starter Kyle Gibson and reliever Mychal Givens, both signed as free agents last month.

“I hear about the bullpen Baltimore’s put together,” McCann said. “Hearing about the youth and the unbelievable talent, guys telling me how much they hated facing the Orioles. I didn’t get to see it first-hand, but guys telling me that, that’s a good sign.

“I’ve caught quite a few pitchers in my career. I’ve seen Cy Young winners. I’ve helped guys get to where they are, so I can bring a lot as far as sharing what different guys do in their routines, sharing different bits and pieces that I’ve learned over the course of my career. One thing you can’t replace is experience.

“You can’t take a guy that’s had only one or two years’ experience and expect him to have the knowledge that somebody who’s played an extended time at this level has. Part of my role, whether it’s Baltimore or whether it was in New York, is sharing that expertise, sharing what I’ve learned in my career, and I’m a big believer that that’s the job of veteran players.”

McCann is eager to share what he has learned.

“Everybody’s got a learning curve,” he said. “If you can help speed that process up with maybe a key word here … A guy’s going through a tough stretch, having a veteran player who’s been there and been through tough stretches and come out of it, talk to a young player, that’s a game-changer,” McCann said.

McCann wants to get to know the Orioles’ pitchers.

“Understanding what makes a pitcher tick is one of the most important jobs that a catcher has, being able to get the most out of them. I think knowing that background-type stuff is as important as anything.”