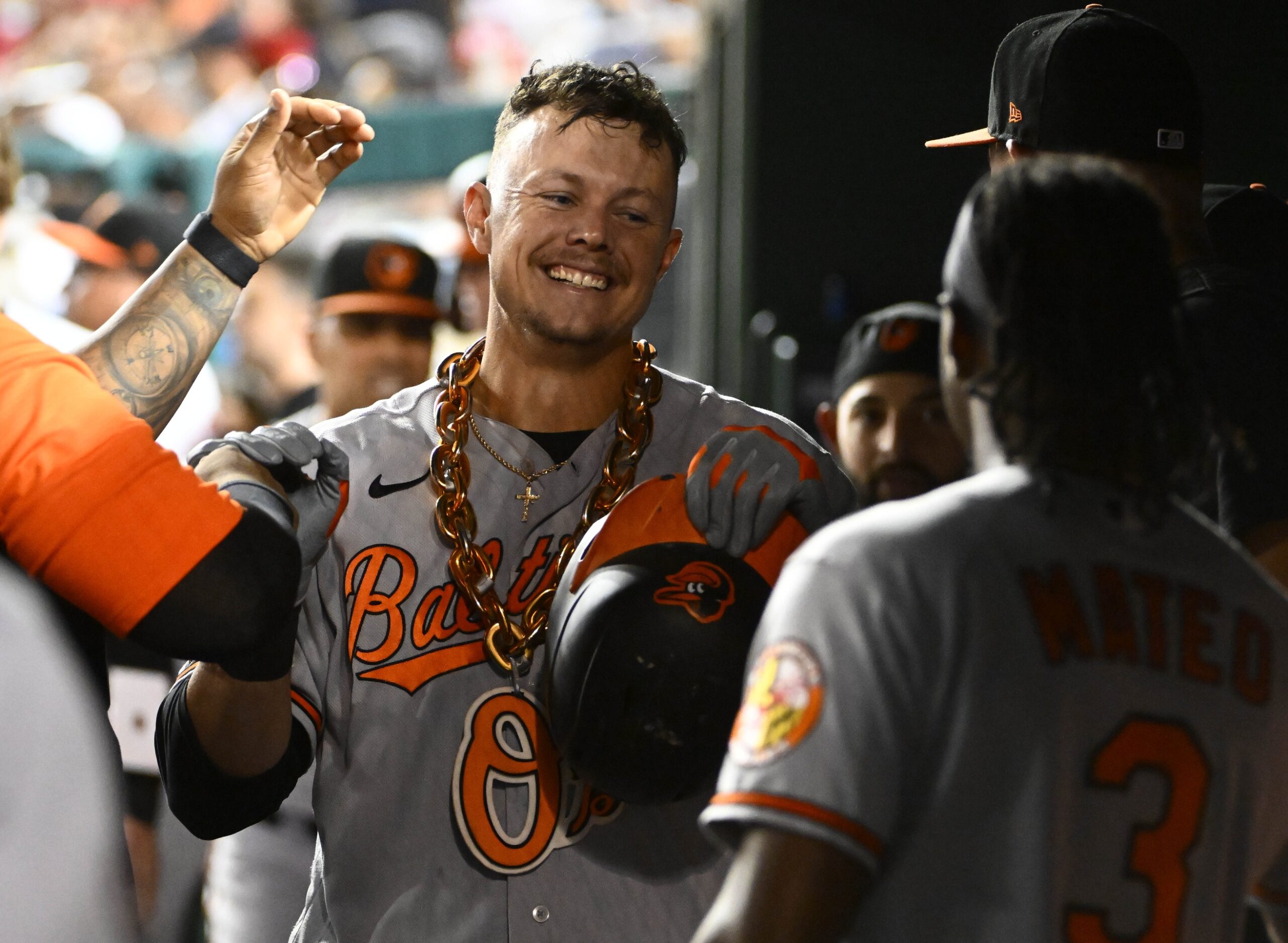 In six weeks, the Orioles will begin reporting to the Ed Smith Stadium complex in Sarasota, and while a number of questions about the 2023 team were answered with the signings of starter Kyle Gibson, reliever Mychal Givens, second baseman Adam Frazier and the acquisition of catcher James McCann, there are still some to be answered.

On New Year’s Eve, the Orioles traded infielder Tyler Nevin to the Detroit Tigers for cash considerations. Nevin had been designated for assignment when McCann was acquired from the New York Mets.

The trade removed Nevin from the competition for a backup to first baseman Ryan Mountcastle.

It’s roughly the halfway point between the end of the 2022 Orioles season and the beginning of the 2023 season, so let’s tackle those remaining questions.

Will another starter be added?  During the holiday break, a few free-agent starters linked with the Orioles found new homes. The biggest name among the starters was Nathan Eovaldi, who signed a two-year, $32 million contract with a vesting option in 2025 with the Texas Rangers.

Eovaldi’s market was slowed because the team that signed him had to surrender a draft pick since he turned down a $19.65 million qualifying offer from the Boston Red Sox.

There are still a few recognizable names available. Michael Wacha is the highest-rated free agent still on the market, and the Orioles reportedly have expressed interest in him.

Johnny Cueto, Zach Davies, Wade Miley, Mike Minor and Michael Pineda are some of the others still without a 2023 team.

Gibson, the 35-year-old who signed a one-year, $10 million contract, is the Orioles’ most experienced starter. The returning starters include Kyle Bradish, Dean Kremer, Austin Voth and Tyler Wells.

Voth doesn’t have an option remaining, but with the Orioles monitoring the innings of their young starters, he might be valuable as a swing man.

The Orioles still could sign a veteran or trade for a more established starter this month. If they trade, they’d probably want a starter who’s perhaps two years removed from free agency, and if they do, they’d have to surrender either a veteran of value or some of their promising prospects.

The Orioles could have Voth or perhaps Mike Baumann, Spenser Watkins or Bruce Zimmermann as a long man. A long man and the five relievers leave two openings.

Hall, Rule 5 selection Andrew Politi, Keegan Akin, Logan Gillaspie, Joey Krehbiel and Nick Vespi are among those who could compete for the final two spots.

The Orioles would like a left-handed hitter/DH-type. McCann has played six major league games at first, but he’s a right-handed hitter, and while Adley Rutschman could be the DH when McCann catches, Rutschman is probably not going to play first as he did occasionally in the minors.

Ramón Urias played some first base in the minor leagues, but the backup probably will come from elsewhere. Franchy Cordero, who was signed as a minor league free agent, could get a shot.

There was speculation that the Orioles had interest in Eric Hosmer, released last month by the Red Sox, but the Chicago Cubs might be interested as well.

How many position player spots are open? With an infield of Mountcastle, Frazier, Jorge Mateo and Gunnar Henderson, with Urías in reserve, Rutschman and McCann, and outfielders Austin Hays, Cedric Mullins and Anthony Santander, that leaves three spots.

Ryan McKenna, who was a valuable fourth outfielder last season, is probably a favorite for one of them. Kyle Stowers could be another, but he might be challenged by Cordero and non-roster outfielder Nomar Mazara.

Terrin Vavra, who’s a left-handed hitter,  has the ability to play second and the corner outfield positions.

Infield prospects Joey Ortiz and Jordan Westburg could begin the season at Triple-A Norfolk, but if a spring training injury sends a player to the 15-day injured list to begin the season, that could always change the Orioles’ thoughts.