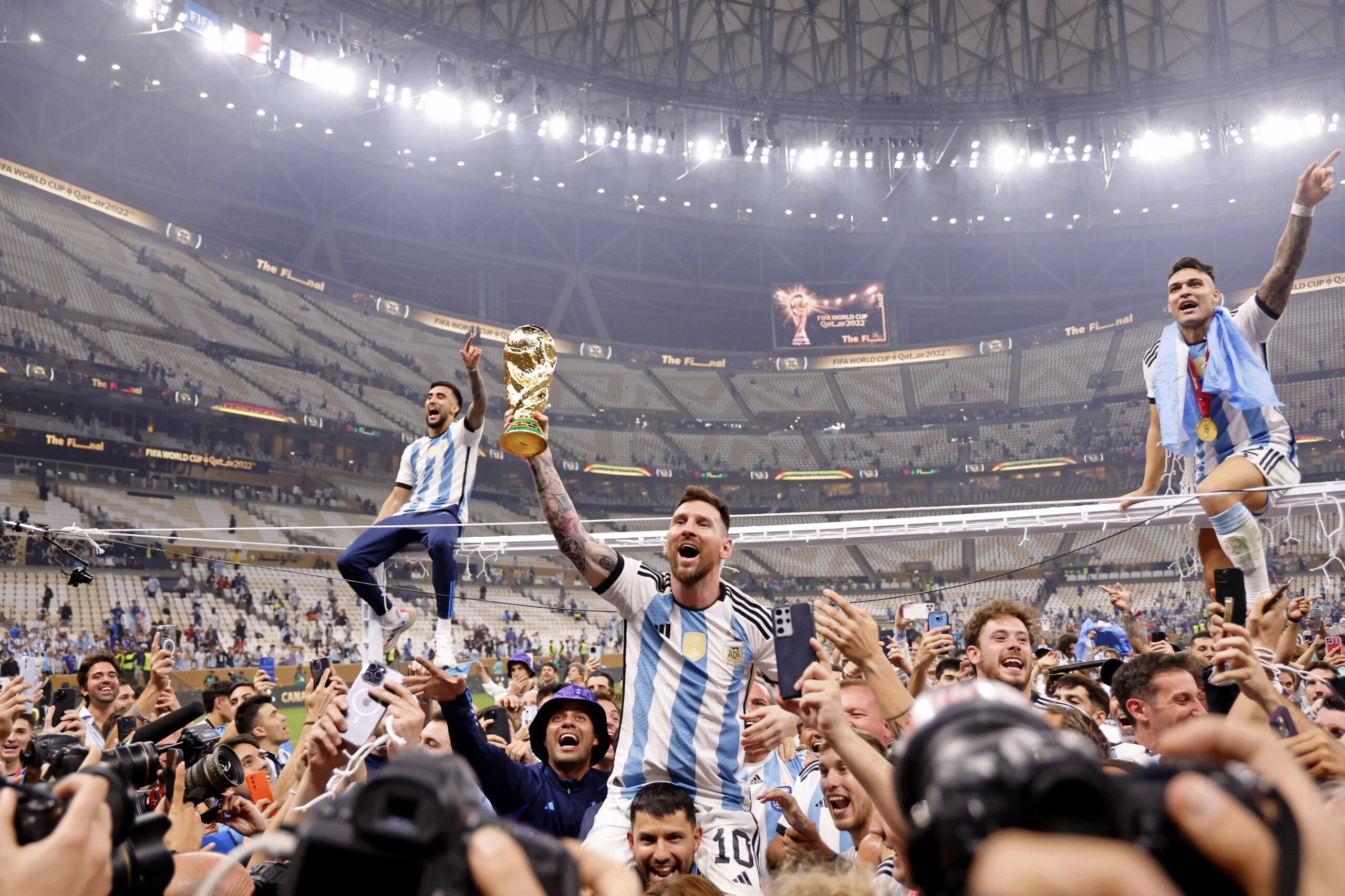 Editor’s Note: The exceptional World Cup final between Argentina and France, and the tournament in general, prompted baseball writer Rich Dubroff to kick around a different idea for a day.

There are probably millions of Americans who can say that they’re not really soccer fans but thoroughly enjoyed the World Cup. You can add me to that list.

Until just a few days before the World Cup began, I paid no attention to it but with so much chatter about the American team, and the games being televised on November mornings and afternoons, it made it convenient for me to watch.

Once Team USA was eliminated, I thought I wouldn’t watch, but I did, and while I didn’t see every match, I watched enough of the last few matches to find myself enjoying it.

I wasn’t thrilled with Qatar hosting the World Cup, cringed at stories about how the workers and disadvantaged citizens were treated, and was convinced that if it had been held in America, it would have been an even bigger event.

Because of the intense Middle Eastern heat, the World Cup was held in November and December instead of June and July, but that turned out to be good fortune for me because I would have been so busy with baseball that I would have seen much less of it.

In 2026, the World Cup will be in North America, with most matches taking place in the U.S. and some in Canada and Mexico. It will be a big deal.

Unfortunately, no games are scheduled for the Baltimore/Washington area, and that’s a shame because Baltimore is a hotbed for soccer.

During some World Cup matches, Baltimore was in the top five markets in television ratings, and that shouldn’t be a surprise. For years, this area has had a huge number of diehard soccer fans, but no team to cheer for.

From 1967-1969, the Baltimore Bays played first in the National Professional Soccer League and then the North American Soccer League. In the Bays’ first two seasons, they played at Memorial Stadium, and in their final season played at the now demolished Kirk Field.

While there have been some minor soccer league teams and several iterations of indoor soccer with the Baltimore Blast, which plays in Towson after a long run in downtown Baltimore, there isn’t major league soccer in Baltimore.

Watching the World Cup made me realize there should be soccer here.

The Blast has a small but devoted following, and they’ve helped keep interest in the sport growing, but if Baltimore is a major league city, it ought to have a major league soccer team.

The Blast moved to Towson a few years ago but had it stayed downtown, would have had to play their games elsewhere this season because their onetime home, which now will be called the CFG Bank Arena, has been undergoing renovations.

Instead of building a new arena and attempting to attract an NBA or NHL team, which would be fruitless since the Washington Wizards and Capitals hold territorial rights, the decision to renovate and enlarge the arena was finally made. The renovated arena will open in March.

Many sports fans in Baltimore are happy enough having just the Orioles and Ravens, and while professional soccer is more of a niche sport, it would be nice to have a third major league team here.

When Major League Soccer’s DC United was searching for a new home, they explored the idea of moving here, but that was mostly a ploy to find a new home in the District.

Instead of playing at the soon-to-be-demolished RFK Stadium, they’re now in their own facility, Audi Field, just a few blocks from Nationals Park.

Nearly all the teams in Major League Soccer have built their own stadiums. Instead of playing at NFL or college stadiums, most are playing in stadiums that seat between 20,000 and 25,000. Audi Field sits around 20,000.

Many of the MLS teams share their facilities with teams from the National Women’s Soccer League, making them more cost-effective.

Baltimore doesn’t have one of these stadiums, but it should.

When DC United looked at Baltimore, a stadium in Westport, a section south of the Camden Yards complex, was envisioned, and that wouldn’t be a bad spot.

Major League Soccer has 29 teams in the U.S. and Canada. There are teams in Cincinnati and Kansas City, two markets similar in size to Baltimore, which don’t have NBA and NHL franchises.

Because these facilities are smaller than baseball or football stadiums, they can be built more quickly, but in the interim, games could be played at M&T Bank Stadium, which has held well attended international matches in recent years but is too large for an MLS team.

When the World Cup was last in the U.S. in 1994, matches were played at RFK Stadium. The Ravens were still in Cleveland, and M&T Bank Stadium wasn’t built until 1998.

FIFA explored the Baltimore/Washington area, but because of the sad condition and lack of public transportation to FedEx Field, this area was bypassed. Audi Field is too small for World Cup matches.

In the interim, it would be good for Baltimore to add an MLS team and facility. Perhaps then fans around North America would realize what a strong area for sports this is.