Givens grateful for another opportunity with Orioles - BaltimoreBaseball.com 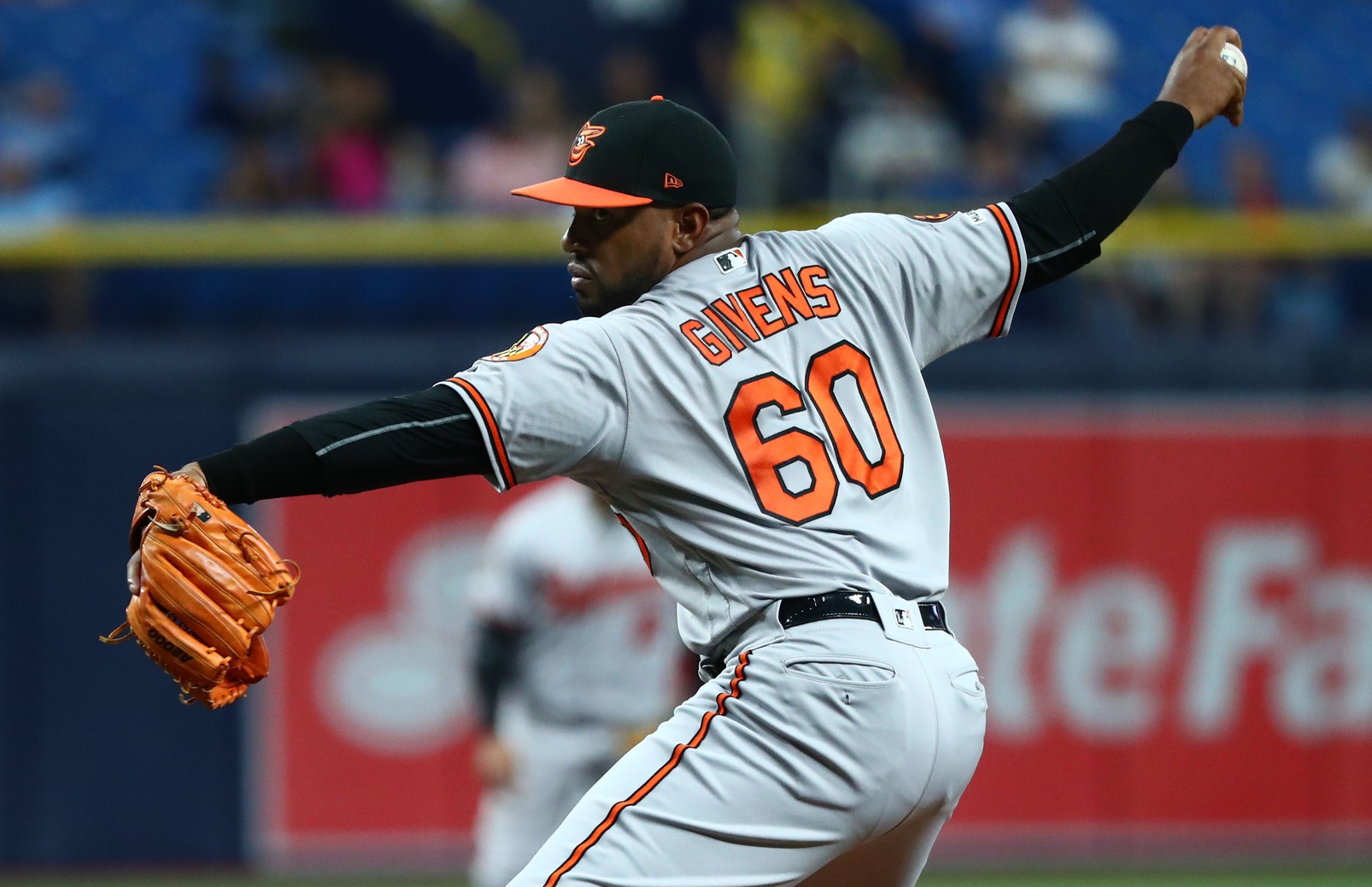 Mychal Givens is coming home. He made that clear in his re-introductory video conference call on Wednesday when his two daughters, Makaylah and Ahmya, preened for the camera during the call.

Makalayh was born in 2016, the last year the Orioles qualified for the postseason. Givens calls her his wild-card baby.

After being traded to the Colorado Rockies and playing for four National League teams since the August 2020 deal, Givens is back.

“This is where my daughters [were] born, as an Oriole,” he said. “And I’m excited to have them relive their young lives.”

Givens, who turns 33 in May, was dealt to the Rockies for infielders Tyler Nevin, who was designated for assignment on Wednesday night after the acquisition of catcher James McCann from the New York Mets and Terrin Vavra and minor league outfielder Mishael Deson. He also has played for the Reds, the Cubs and the Mets.

“I always thought I’d have the opportunity to come back,” Givens aid. “With the great ownership with [the Angelos family] and leaving on good [terms] with the front office and the things they were doing. [It’s always a place] I could call home.”

Givens didn’t pitch when the Cubs visited Baltimore in June but pitched a perfect inning against them at Wrigley Field on July 12th, striking out ex-teammate Austin Hays and also retiring Adley Rutschman and Ramón Urías, with whom he briefly played.

“I got to face them when I was in a Cubs uniform last year and I got to see the improvements from afar, the things they were doing with the young talent,” Givens said. “It’s been a great success, great scouting.”

He was a teammate with eight of the players on the Orioles’ 40-man roster, though others, including Rutschman, were in the organization when he left.

Rutschman reminds him of Matt Wieters, his catcher when Givens broke into the big leagues in 2015, a switch-hitter, “a big-time pick,” he said.

When Givens arrived in the majors, the Orioles had an all-star bullpen with Brad Brach, Zack Britton, Tommy Hunter and Darren O’Day. Now, he’s the experienced member of the bullpen.

“I got older. That’s one thing,” Givens said. “It’s just been a great opportunity to use that knowledge to give back to the youth of the guys I’ve been around the last few years.”

Dillon Tate is the only reliever with whom he has pitched, and he’s eager to work alongside others such as Bryan Baker, Félix Bautista and Cionel Pérez.

“When you get older, you try to get wiser, try to learn your routine, learn to be consistent, understand you’re going to have your ups and downs and just forget the negative outings and wake up the next day and just perform and help out the bullpen,” Givens said. “The biggest thing I’d like to take from it was that we made our bullpen a family in Baltimore. We had great success being a great bullpen. To bring back that [camaraderie] to these young guys, to have great success with what they’ve done and try to get better from what they did last year.”

Givens was with the Orioles from 2009-2020 before going from one club to another.

“That comes with the game,” he said. “You’ve got to get used to it, the business part of it. You … just try to go out and be in the middle of the clubhouse and fit in with the things they’ve been doing.”

He’s back in the difficult AL East.

“The biggest thing is taking the ball … and competing,” Givens said. “A lot of guys don’t understand it’s a very scary place to be on that mound. It doesn’t matter [whether] you’re in Baltimore or New York or Boston or anywhere in the AL East, just grabbing a ball and just trusting your stuff and having confidence.”

He’s not sure what his role will be, but he’s excited.

“Just looking to filling in the blanks and the things they need from me and be a late-innings guy and help out the coaching staff and help out [manager Brandon] Hyde the best way possible to make us win a game,” he said.

He’s comfortable being back.

“I’m a big believer in that community, and especially Adam Jones, who took me under his wing. He was big with the Boys and Girls Club in his community. It’s real important to the community in Baltimore.”

Note: Because of damage at the Tampa Bay Rays spring training site in Port Charlotte, the Orioles’ game with the Rays on March 5th has been moved to Tropicana Field.