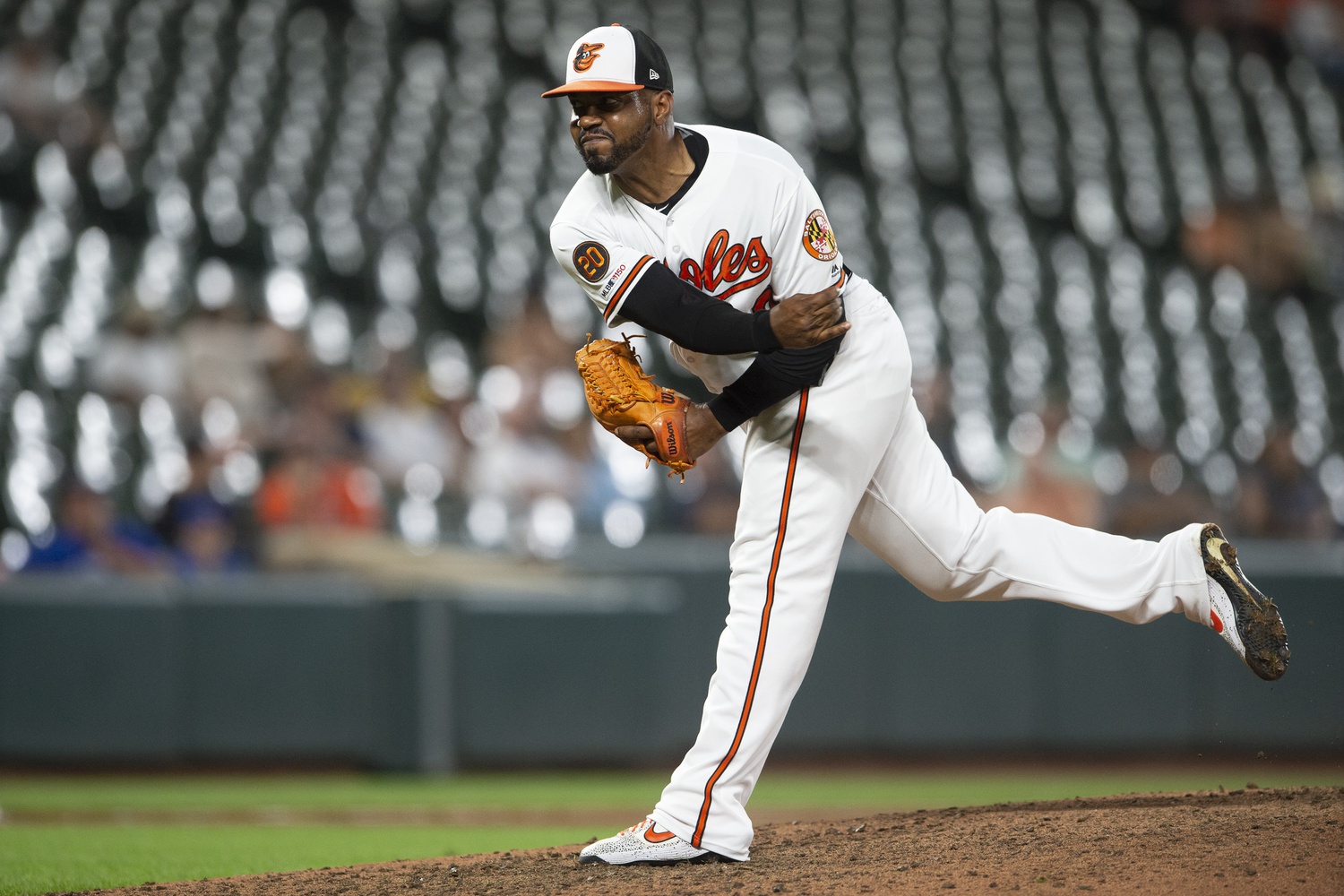 The Orioles’ reported agreement with relief pitcher Mychal Givens is fascinating on many levels. It’s the first time that executive vice president/general manager Mike Elias has brought back a former Oriole, and one he had traded.

It adds a veteran to a young bullpen, and the reported $3 million 2023 salary for the 32-year-old right-hander was higher than many believed he’d spend for an experienced reliever.

Givens has a mutual $6 million option for 2024, according to The Athletic. If he declines the option, he receives $1 million and if the Orioles refuse it, he receives a $2 million buyout. Once Givens’ contract is official, the Orioles must drop a player from the 40-man roster, which is full.

When Elias traded Givens on August 30th, 2020 to the Colorado Rockies for infielders Tyler Nevin, Terrin Vavra and outfielder Mishael Deson, he also moved another reliever, Miguel Castro, to the New York Mets.

After the trade, Elias emphasized his admiration for Givens, and said he’d always be part of the Orioles. More than two years after trading Givens, he has brought him back. The deal isn’t official yet because Givens must pass his physical.

Drafted as an infielder in the second round of the 2009 draft, Givens was converted to pitching in 2013, and he reached the majors in 2015. Givens was part of an outstanding bullpen. He pitched in the middle innings ahead of Brad Brach, Darren O’Day and Zack Britton, who are all free agents.

Since leaving the Orioles, Givens pitched for the Rockies, Red, Cubs and Mets. His best times came in 2022 with the Cubs when he was 6-2 with a 2.66 ERA and two saves before being  traded to the Mets on August 2nd.

Pitching for his former Orioles manager, Buck Showalter, Givens was 1-1 with a 4.79 ERA in 19 games with the Mets and pitched twice in New York’s three-game loss to San Diego in the National League wild-card series.

The Orioles’ bullpen, which was a key to its 31-game turnaround last season, is relatively inexperienced. Only Dillon Tate regularly worked in the same bullpen with Givens. With Tate, Félix Bautista, Bryan Baker, Cionel Pérez all set to return, Givens can slide into a comfortable setup spot.

With manager Brandon Hyde monitoring innings for an inexperienced starting staff, an effective bullpen is going to be necessary if the Orioles are going to duplicate the success they had this past season.

The Orioles also added reliever Andrew Politti in the Rule 5 draft. Should they decide to keep him, more experienced relievers can protect him from high-leverage situations.

Bazardo was 1-0 with a 2.76 ERA in 12 games for Boston in 2022 and allowed one earned run in 4 1/3 innings in three games against the Orioles. He could challenge for a bullpen spot as a non-roster invitee to spring training.

Charles has never pitched above Double-A and had an 11.43 ERA in 20 games for Double-A Midland in Oakland’s organization in 2022.