Adam Frazier is eager to help the Orioles - BaltimoreBaseball.com 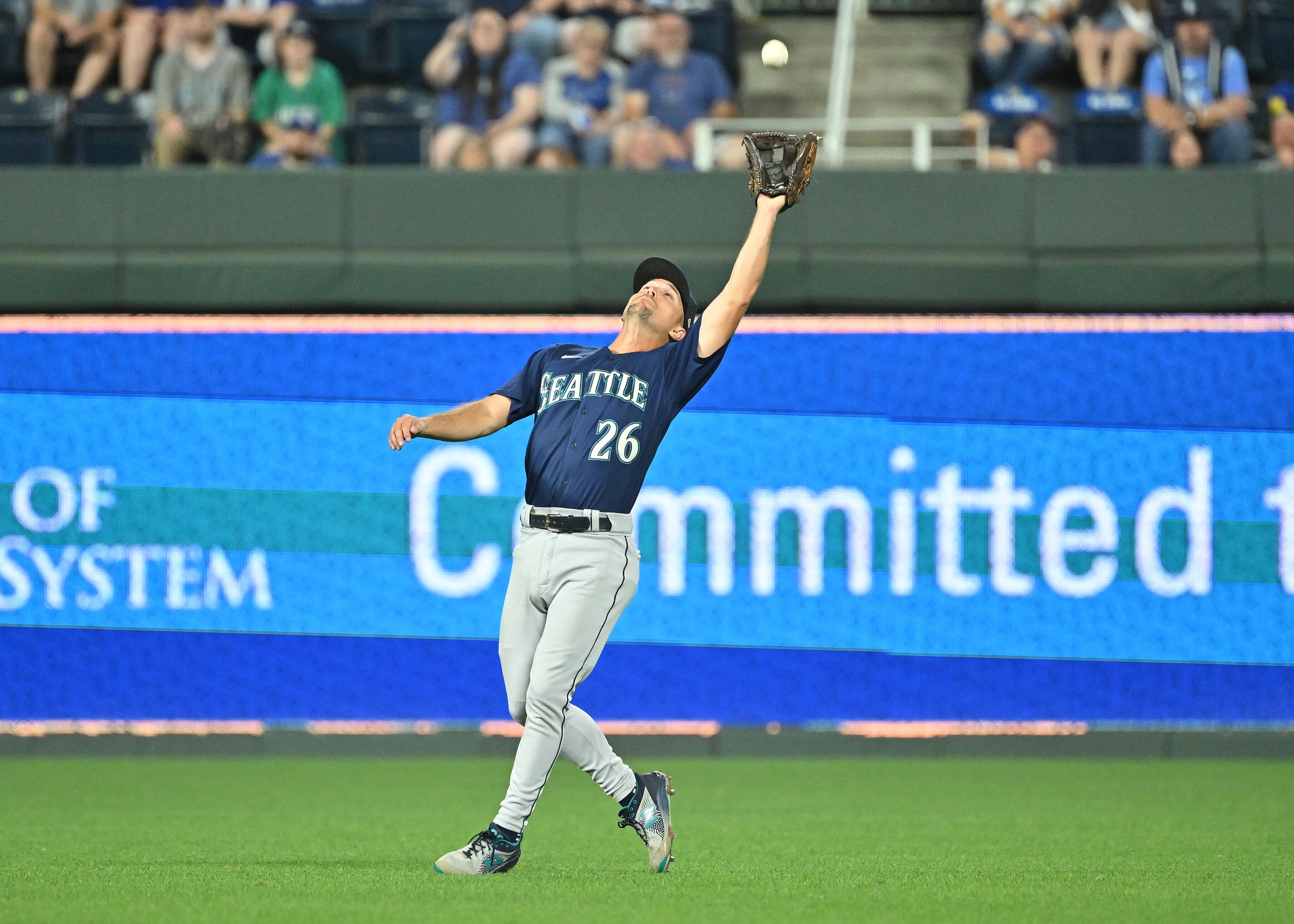 Adam Frazier says he brings qualities that can help the Orioles. Frazier, who signed a one-year, $8 million contract to play second base on Thursday, turned 31 the day before he signed.

“I can provide a lot of things for the Orioles,” he said in a video conference call on Friday. “Exciting, young team. I think everybody got a glimpse of that last year. I was just looking at the roster. I think I’m the second oldest now. That’s exciting.”

Kyle Gibson, who signed a one-year, $10 million contract to be one of the Orioles’ starting pitchers, is the only player on the roster older than Frazier at 35.

“I got a little taste of being that veteran-type guy last year,” Frazier said.

In 2022, Frazier played in the American League for the first time, hitting .238 with three home runs and 42 RBIs for the Seattle Mariners, who were a wild-card team. He also stole 11 bases, a career high.

“Frustrating at times,” he said. “Even when I felt like I was going good, I hit balls right at guys. It was also the most fun I had playing the game, the most fun since college. Winning does a lot for that. I put my personal stuff aside and did whatever I could to help the team win that night. That’s what it came down to.”

Last season, the Orioles and Mariners had long winning streaks concurrently. The Orioles won 10 straight from July 3rd-13th, and Seattle won 14 in a row from July 2nd-17th.

“A lot of the same kind of qualities in that team as Baltimore has,” Frazier said. “It’s a lot of fun for me coming from the outside, watching against them and playing against them, the excitement that they had and the energy they brought each and every night. I’m looking forward to that.”

Frazier was one of the free agents who executive vice president/general manager Mike Elias and manager Brandon Hyde spoke to in Zoom calls. They had something to offer Frazier.

“The opportunity to play every day, whether it be at second or in the corner outfield,” he said. “I didn’t have my best offensive performance last season. Mike had asked what kind of adjustments I was making or trying to make this offseason, and then pulled up a frame of exactly what I had said.

“It seems like they’ve done their homework and we view things in a similar manner. The chance to get back on track, the opportunity the ballpark provides for a hitter like me is pretty enticing, too, and the opportunity to be on a young, fun team that’s hungry and really good. That’s exciting to join up with a group like that.”

Frazier played for the Pittsburgh Pirates from 2015-2021, making the National League All-Star team in 2021 before a late July trade to San Diego and was dealt to the Mariners in November 2021. That deal brought him to the postseason for the first time.

“It’s something you dream of your whole life,” Frazier said. “You’re sitting in the backyard, picturing yourself in those moments. Having that opportunity is what you’re playing for. The second half run we had in Seattle was similar to what Baltimore was doing. It’s why you play the game.”

The Mariners beat Toronto in the wild-card round and were swept in three close games by Houston in the Division Series. The Astros beat Seattle, 1-0, in 18 innings to clinch the series.

“It makes it a lot easier coming to the yard every night, playing a hard nine when you’re in contention, when you’re pushing for something,” Frazier said. “It’s the same game, just a lot more energy, a lot more exciting to be a part of.

“When you’re in that race through that couple or three months, down the stretch, the attention to detail in every aspect of the game is there, so it’s really just a carryover of that. Every pitch means something. Every out means something. If you give away extra outs, they’ll come back and bite you.”

Although he has played in only five games at Oriole Park, he trained with the Pirates in Bradenton, Florida, just 20 minutes away from Sarasota and played against the Orioles often in spring training.

Frazier doesn’t know many Orioles, though he is familiar with second base prospect Jordan Westburg, who also went to Mississippi State.

“We’ve met a couple of times, back in Starkville,” Frazier said. “I’ve watched him play a good bit when he was at Mississippi State … very exciting player, a lot of tools. He’s fun to watch. Look forward to working with him in spring training and picking his brain a little bit and helping him out.”

The left-handed hitting Frazier doesn’t think the rule eliminating the shift will affect him much.

“I don’t think it’s going to be as drastic for guys like myself,” he said. “It’s more that big lefty, the pull lefties. It’s going to affect them a lot. The biggest change is not letting the second baseman go to short right field because I think that’s going to allow some balls to get through.

“I don’t think it’s going to be a huge difference. Defensively, it will be, you’re going to have to cover a little more ground. At the same time, you’re still at the same area. Maybe you have to show a little more quickness getting to balls, not having to range to short right field. You have to be a little more athletic and hopefully at the plate have a few more balls go through.”

Frazier is realistic about his skills.