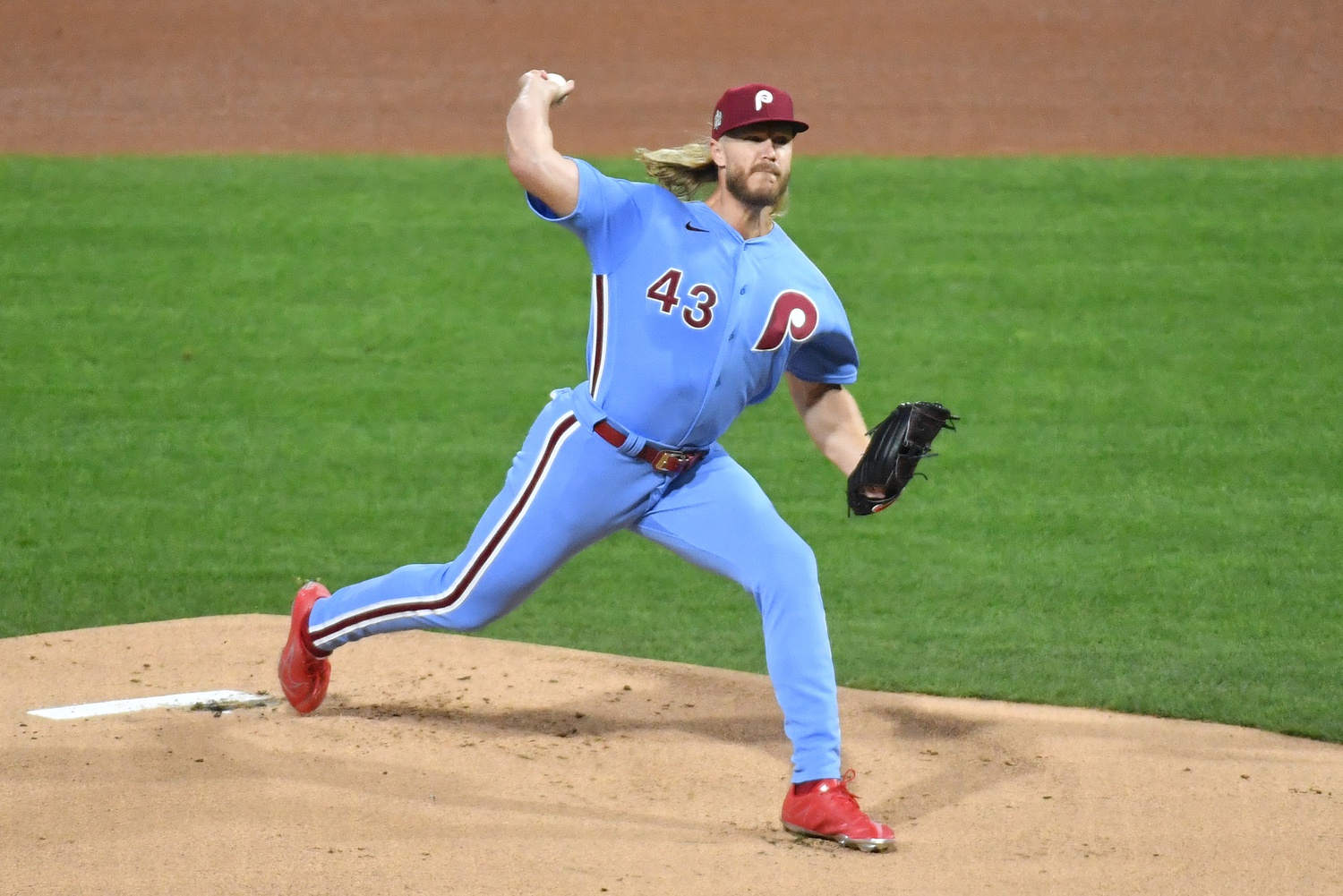 Last week’s Winter Meetings in San Diego surprised those who thought the Orioles might be aggressive in pursuing free-agent starters. That wasn’t the case.

More surprising than the Orioles’ failure to sign another starter beyond 35-year-old Kyle Gibson, whose signing was announced on the first day of the meetings, was that there weren’t even rumors about the team being linked with starters.

That has continued this week. Last week, Jameson Taillon and Tijuan Walker came off the board. This week, some other logical possibilities — Chris Bassitt, Sean Manaea and Ross Stripling — also found new homes.

Manaea and Stripling each signed two-year, $25 million contracts with the San Francisco Giants with an opt-out clause after the 2023 season.

While the Orioles aren’t going to spend wildly on Carlos Rodón, the most attractive starter still left on the free-agent market, the contracts Manaea and Stripling signed seemed to be about what the Orioles would pay a free-agent starter. Gibson’s contract is for $10 million this season and replaces the $11 million option they declined for last year’s most effective starter, 32-year-old Jordan Lyles.

Last week, executive vice president/general manager Mike Elias, who has yet to sign a free agent to a multi-year contract, said that some of the team’s offers were for multiple years.

There are still two months left until spring training, but this month’s free-agent market has been frenetic, and many starters that the Orioles could have been a match for have already signed elsewhere.

Another of the prospective free agents who spoke with the Orioles, Noah Syndergaard, reportedly reached agreement on a one-year contract with the Los Angeles Dodgers worth $13 million, plus $1.5 million in performance bonuses.

Besides Rodón, Nathan Eovaldi and Michael Wacha are the biggest names still on the board. On Wednesday night, MLB.com’s Jon Morosi reported that the Orioles had interest in Wacha, who was 11-2 with a 3.32 ERA in 11 starts with Boston last year.

The Toronto Blue Jays, who signed Bassitt earlier this week, have reportedly expressed interest in Cueto.

Davies is a former Orioles prospect who was traded to Milwaukee in July 2015 for outfielder Gerardo Parra. Besides the Brewers, Davies has pitched for San Diego, the Chicago Cubs and Arizona.

Hill, who will turn 43 in March, pitched for the Orioles in 2007, and has had three stints with Boston since then.

Also remaining is Lyles, who led the Orioles in wins and innings pitched in 2022 and was a mentor to his younger teammates.

The Orioles might turn their attention to the trade market and attempt to acquire a starter who has a year or two remaining before free agency. While the free-agent market was the talk of the Winter Meetings, trade talk seemed to be muted. Perhaps as the January 13th deadline for exchanging figures for arbitration grows nearer there will be more serious trade talks.

It will be interesting to see how many of their higher-rated prospects the Orioles would consider trading for established starters if there’s not a free-agent addition over the next four weeks.

The starting pitching market which was fueled by big money deals by the Texas Rangers and Jacob deGrom and the New York Mets with Justin Verlander, isn’t the only hot market.

Three of the four top-shelf shortstops — Xander Bogaerts, Carlos Correa and Trea Turner — are also spoken for. Correa was the latest to agree on a reported deal for 13 years and $350 million with the Giants.

Former Orioles first baseman/designated hitter Trey Mancini remains a free agent. There was speculation in recent days that the Chicago Cubs might have interest in him.

The Orioles could still be in the market for a veteran infielder, and there are some recognizable names, including Adam Frazier and Jean Segura, out there. They could add a veteran reliever to augment their young bullpen, and they need a backup for catcher Adley Rutschman.

The markets for relievers and catchers haven’t warmed up, and there are many names still looking for a new baseball home for 2023.

Call for questions: I’ll be answering Orioles questions in a few days. Please email them to: [email protected]