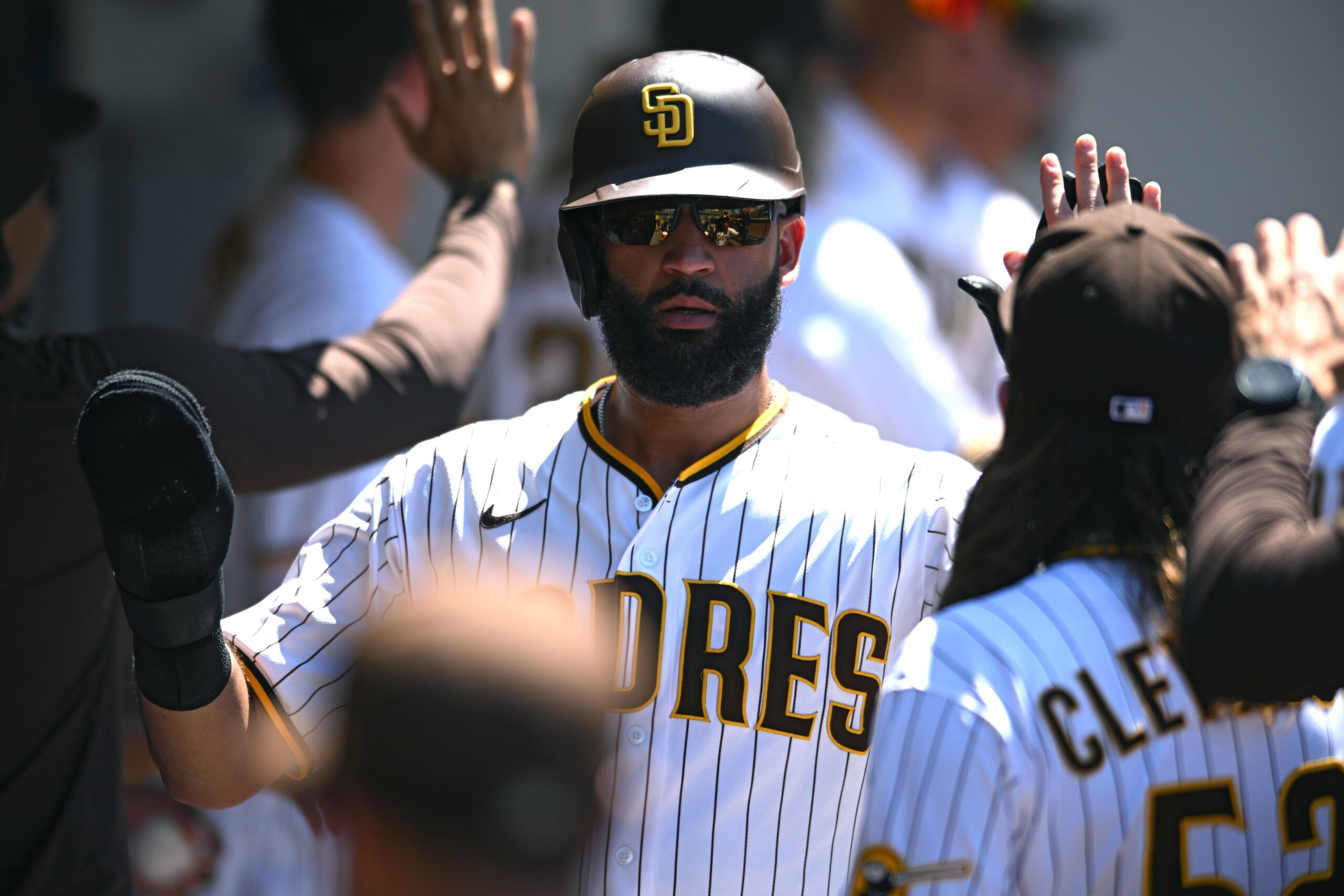 While most of the offseason attention has been focused on the Orioles’ pursuit of veteran starters, the team has been accumulating outfielders.

Perhaps it’s in case they decide to trade one of their starting outfielders — Austin Hays, Cedric Mullins or Anthony Santander — for a starting pitcher. Or it’s because they’re accumulating left-handed hitters who can take a turn at designated hitter.

During last week’s Winter Meetings in San Diego, the Orioles signed Nomar Mazara to a minor league contract. It wasn’t the signing the fans wanted, but he’ll get a chance to make the team in spring training.

Mazara’s signing could be compared to the August acquisition of Jesús Aguilar, a once potent slugger who was added to back up Ryan Mountcastle at first and to serve as an occasional DH. Aguilar hit just .211 with a home run and two RBIs in 49 at-bats. Mazara is five years younger than the 32-year-old Aguilar, but he’s also seen his numbers dive from a strong start to his career.

In his first four seasons with Texas, Mazara averaged 20 home runs and 77 RBIs while hitting .261. He also averaged 116 strikeouts a season. Since then, Mazara has played a season each with the White Sox, Tigers and Padres and he’s hit only six home runs and driven in 52 runs in those three seasons.

“There’s a lot to like about Nomar Mazara,” Orioles executive vice president/general manager Mike Elias said last week. “He was a huge prospect coming up, and he’s still a young guy. He’s 27 years old. I think he’s a good fit for our roster, which is why he chose us as he was choosing among some other opportunities … provides a left-handed bat option that can play both corner outfield spots. I think we’re going to have a roster spot on the team that presents a left-handed outfielder that’s kind of a platoon option, so I can see him filling that roster spot and it’s going to be a good opportunity for him to come in and make our team out of camp.”

Mazara isn’t the only left-handed hitting outfielder the Orioles have acquired this offseason. They also signed Franchy Cordero as a minor league free agent on December 2nd, just before the start of the Winter Meetings. Cordero had his most extensive major league experience in 2022 with Boston when he played 84 games, hitting .219 with eight home runs and 29 RBIs. Cordero has played all three outfield positions, and first base, in his six seasons with the Red Sox, Padres and Royals.

The Orioles also acquired a right-handed hitting outfielder, Daz Cameron, off waivers from Detroit last month, and outrighted him to Triple-A Norfolk. Cameron has hit only .201 in 73 games with the Tigers in the last three seasons, but he’ll get a look, too.

The Orioles also have Ryan McKenna, a versatile fourth outfielder, and the promising Kyle Stowers, who hit .253 with three homers and 11 RBIs in 34 games and is also a left-handed hitter.

“I think if the roster stays right now, he’s going to have an opportunity to win a major league job,” manager Brandon Hyde said. “He did some impressive things late. He took some good at-bats, some big homers. He got great experience playing in the games we were playing in, against our division, against Houston in September.

“Kyle’s got a ton of ability. We believe in him as a hitter. He has huge power. He’s going to make some adjustments at the plate and continue to improve, and he walks. He’s going to be able to play corner outfield defense. We like what we have in Kyle.”

The Orioles also have Tyler Nevin, who has played the corner infield and outfield. Nevin hit .197 with two home runs and 16 RBIs in 58 games with the Orioles and doesn’t’ have an option remaining.

In the near future, Colton Cowser, their top draft pick in 2021, and Heston Kjerstad, the second overall selection in the 2020 draft, could challenge for spots but that hasn’t stopped Elias from adding more outfielders.

After the season, the Orioles dropped former prospect Yusniel Diaz from their 40-man roster, and he’s now a minor league free agent. They also picked up Jake Cave off waivers from Minnesota, but at the same time they were acquiring first baseman Lewin Diaz off waivers from Pittsburgh. They lost Cave to Philadelphia on a waiver claim.

It wouldn’t be a surprise to see Elias add more outfielders before spring training begins in two months.

Call for questions: I’ll be answering Orioles questions in a few days. Please email them to: [email protected]