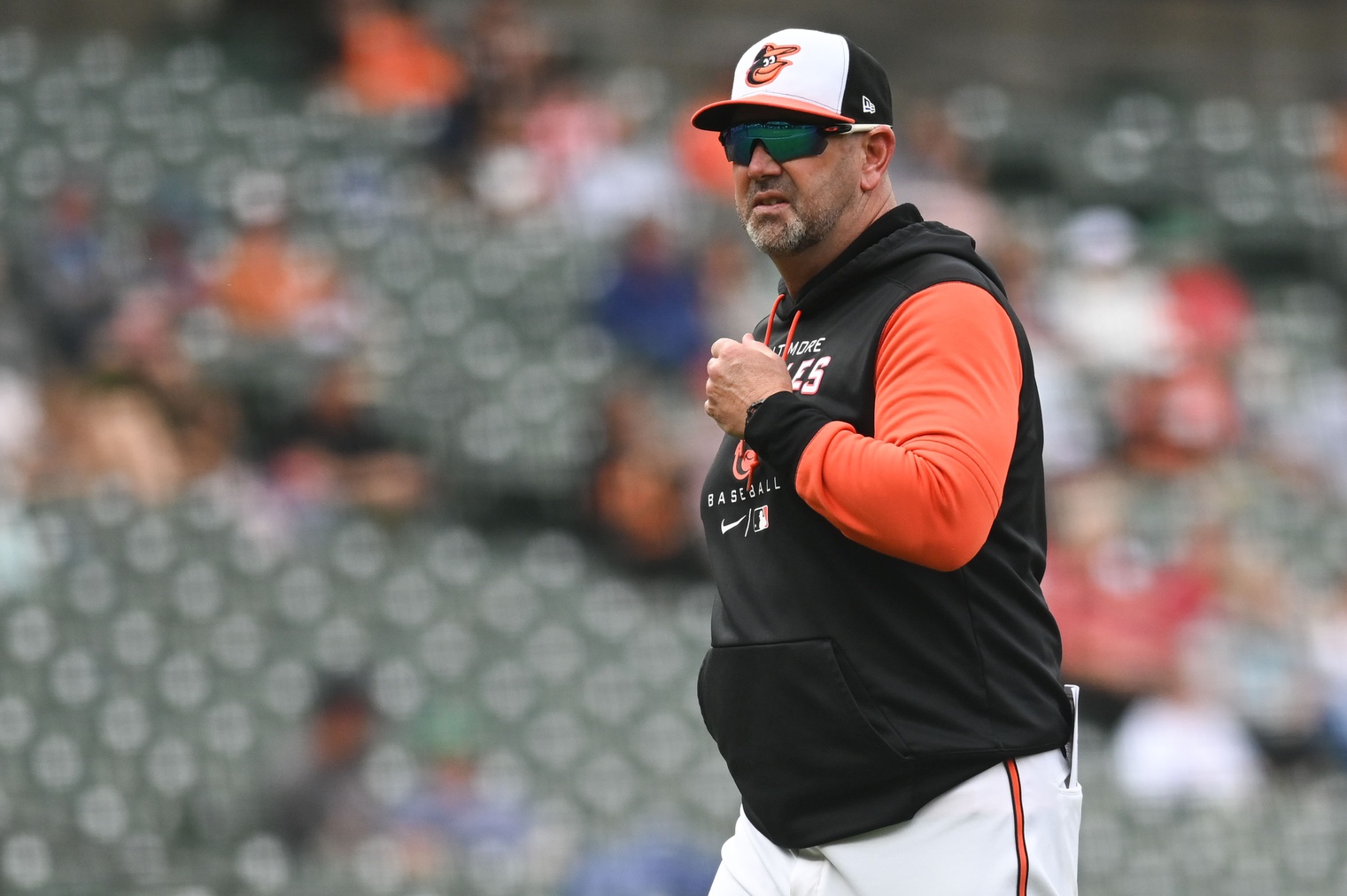 Most of the attention at the Winter Meetings is on the general managers who sign the free agents and make trades. Mike Elias spoke to the Baltimore media at the conclusion of each of the three days in San Diego.

Manager Brandon Hyde, who gets most of the media attention during the season when he speaks before and after each game, had his own session on December 6th, and spoke on a wide variety of topics.

Hyde believes the 2023 Orioles will be more mature and more competitive.

“A lot of those guys had really valuable experience,” he said. “We had games that mattered up until the last series of the year. It’s a pretty young core, a pretty young group.

“The majority of our bullpen guys, a year or two years in the big leagues or less, and you’ve got [starters Kyle] Bradish and [Dean] Kremer and Tyler Wells wasn’t with us at the end, but those type of guys don’t have much major league time, getting more experience on the pitching side, being able to pitch meaningful games, I think that was important. Another year for our position player guys that have been three or four years in the big leagues now, just continuing to improve and guys are getting better.”

For most of Hyde’s time with the Orioles, Trey Mancini was the clubhouse leader. Now, there’s a vacuum. Many think that catcher Adley Rutschman, who’ll be beginning his first full season with the Orioles, could be that leader.

“I want to believe that guys with another year under their belt, they’re going to step up,” Hyde said. “I think they just had some good examples of leading in three different ways, but being around them for a full season, I think it’s going to be impactful for our guys to now take that new step.

“Some guys are going to step up into that type of role and be more comfortable talking in meetings, holding guys accountable a little easier now that guys have played together and seewn what it looks like and what winning feels like, you want to believe that some of these guys can take the next step in their career.”

Hyde’s choices for the starting rotation are more appealing this offseason than they were a year ago.

“Grayson [Rodriguez] is going to be a part of it next year. It feels good knowing we have some real starting pitching candidates that have an opportunity to be good players. As it stands right now, I feel good about our guys. We’re going to add more. That’s great, the more depth the better, the more experience the better. We’ll see what happens.”

Kyle Gibson, Bradish, Kremer, Rodriguez and Wells appear to be the favorites to begin the season in the rotation, and Hyde likes the depth he has with Austin Voth, Spenser Watkins and Bruce Zimmermann also on hand.

“Austin Voth did a great job for us in the rotation and got an opportunity and ran with it, what he did, a 3-plus ERA, beating really good clubs,” Hyde said. “He’s definitely going to be in the mix, also.

“The more depth you have in the rotation, the better. You’ve got to stay fortunate with injuries. You always worry about things in spring training. Right now, the core guys we had in the rotation had a lot of success in the second half. I want to see them build on it.”

The Orioles don’t know whether DL Hall will begin the season in the rotation, in the bullpen or at Triple-A Norfolk. He pitched 13 2/3 innings for the Orioles, and struck out 19 batters. His 98 innings were the most in a pro career that began in 2017.

Ramón Urías was the surprise winner of the Gold Glove at third base, but Gunnar Henderson is expected to start the season there. Urías could play second or he could be a super utility player.

“That’s a great story from last year,” Hyde said. “We played him a lot at shortstop in spring training. Remember him and [Jorge] Mateo were splitting time at shortstop. We had no idea who our shortstop was going to be and moved Urías to second. We liked him when he played at third. We knew he was going to be a good third baseman, and then it fell into, ‘Ramón’s going to be our everyday third baseman,’ and then he goes out and wins the Gold Glove. I’m really comfortable putting Ramón in a lot of different places. I think he’s going to do a lot of things well and play well at second base. I think he could stand in at shortstop and be consistent over there for us also.

“He proved he could be an elite defender at third base. I think he can be a good second baseman as well. I think we’re going to see where we are roster-wise and see what the fit is. That’s what’s so great about Ramón is that the versatility. The more guys we can have like that that we can move around the field, it benefits us. It helps us in regard to injuries, guys out, to be able to have more guys play in different spots.”

Call for questions: I’ll be answering Orioles questions in the next few days. Please email them to: [email protected]