Winter Meetings are over, but Orioles' Elias says offseason is just beginning - BaltimoreBaseball.com 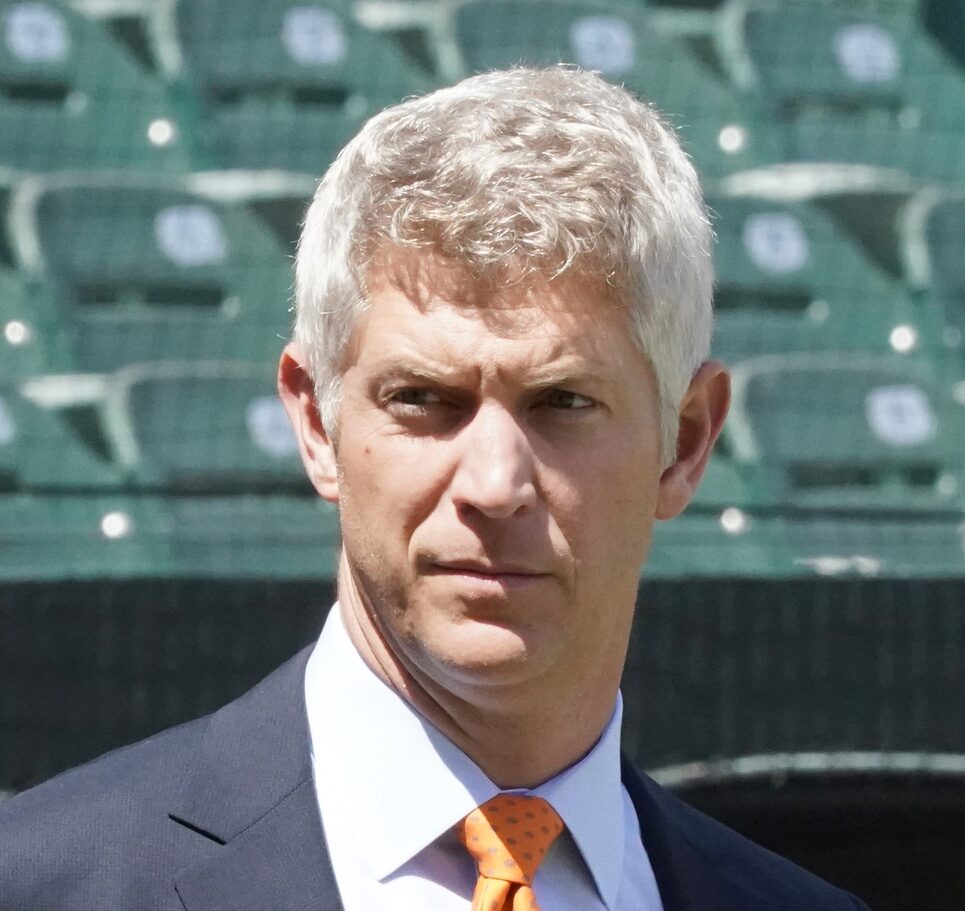 SAN DIEGO—The Winter Meetings are over, and the Orioles will leave for home on Thursday without a significant addition. They came to an agreement with right-handed starter Kyle Gibson last Saturday and made the one-year, $10 million contract official on Monday.

On Wednesday, they selected right-handed pitcher Andrew Politi, who could make their Opening Day roster, in the Rule 5 draft.

“I don’t know that we’re any closer to any acquisitions than we were this time last night or this morning,” Orioles executive vice president/general manager Mike Elias said on Wednesday. “We still have a great deal of players out there. It’s just the beginning of the offseason, so whether or not something comes together in the next day or two, I think there’s a lot of information to claim here today.

“There’s a lot of guys that are out there still that we’re still engaged with, in some cases, multi-year contracts that are free-agent starters. We’ve seen the market out here. It’s been very fast, very competitive. A lot of people are looking for pitching. It’s something that all 29 other teams are looking for. It’s made for some really robust deals so far for these guys, but there are still other people out there that we are targeting, and that’s not to speak of any trade possibilities, which we really haven’t seen that market pick up around the league yet, in my opinion.”

There are some desirable starters out there. Three of them — left-hander Carlos Ródon and right-handers Chris Bassitt and Nathan Eovaldi — would require teams that sign them to surrender a draft choice, in the Orioles’ case a third-rounder, something Elias said on Monday he was prepared to do for the right player.

Others who could be of interest to the Orioles are left-hander Sean Manaea, and right-handers Noah Syndergaard, with whom the club reportedly spoke with last week, and Michael Wacha.

“It’s pretty apparent here at the Winter Meetings that this is not some reticent market,” Elias said. “People are getting after it. It’s a good sign for the sport. It’s always fun. It’s nice after having two Winter Meetings off to have this happen. I think we’ve been in the middle of a lot of things. That’s really encouraging, that dialogue with agents and teams, and I’m glad we’re able to get Gibson in the fold for us because I think it’s a nice fit for us for what we’re looking for with veteran presence in the rotation.

“I look at it more as an information gathering event, first and foremost. You get to do a lot, see a lot of people. If we get into a competitive situation in the context of the Winter Meetings, then we’ll get into that competition. Honestly, that’s how we ended up with Gibson as we did.”

The Orioles didn’t sign an impact player, but Elias felt no pressure to do so.

“I don’t really see this as ‘you’ve got to come here and do something,’ but it’s a very productive trip for us,” Elias said. “And it’s been a lot of fun for me and the group to be in the mode that we’re in for the first time in this Winter Meetings.”

Elias won’t talk specifics about the payroll, and he knows that fans are eager to see a playoff team after last season’s 31-game turnaround.

“I came into this situation with the Orioles at the end of the 2018 season,” he said. “It was a very big and a very unique project for this entire group of people, including the partnership and the transition to John [Angelos], a lot going on at the franchise level. We had to reset things, reboot things, rejuvenate things at every corner of the organization. We’re still doing that.

“I know that we have a plan to keep the underpinnings of the organization healthy going forward, which is something that the Orioles haven’t done historically, while also funding a competitive team in the American League East, and it’s not something that we’re just going to force and do it all at once and have it encumber our roster because we went out and made deals that didn’t make sense for the next window. But I do expect our payroll is going to increase steadily from this point forward now that we feel that we have a competitive team and we feel the internal talent is there to fuel a competitive team.

“It doesn’t do me any good to get super specific about that because there’s a lot of other people that I’m competing with in the industry who are reading and listening to this stuff. I feel very healthy about where our organization’s at and where it’s going, and there’s a lot of stuff we’re still working on in terms of the future of the franchise, the lease, the Camden Yards renovations that come with that.

“This has been a pretty major effort. I think that we’re on track, more than on track. I think we’re ahead of schedule on the baseball side. We’ve got realities that we’re going to take into account so that we don’t put ourselves back in the unhealthy position that we were in back in 2018. Baseball is set up the way it’s set up and there are teams and markets out there that are frankly hard to keep up with. There’s other teams and markets that look the way Baltimore does that have really healthy and successful programs. It might involve us looking more like those, at least in the short term until the business is built back up, but there are ways to have a healthy Orioles franchise for the next 10, 15, 20 years, and that’s what we’re kind of transitioning ourselves into.”