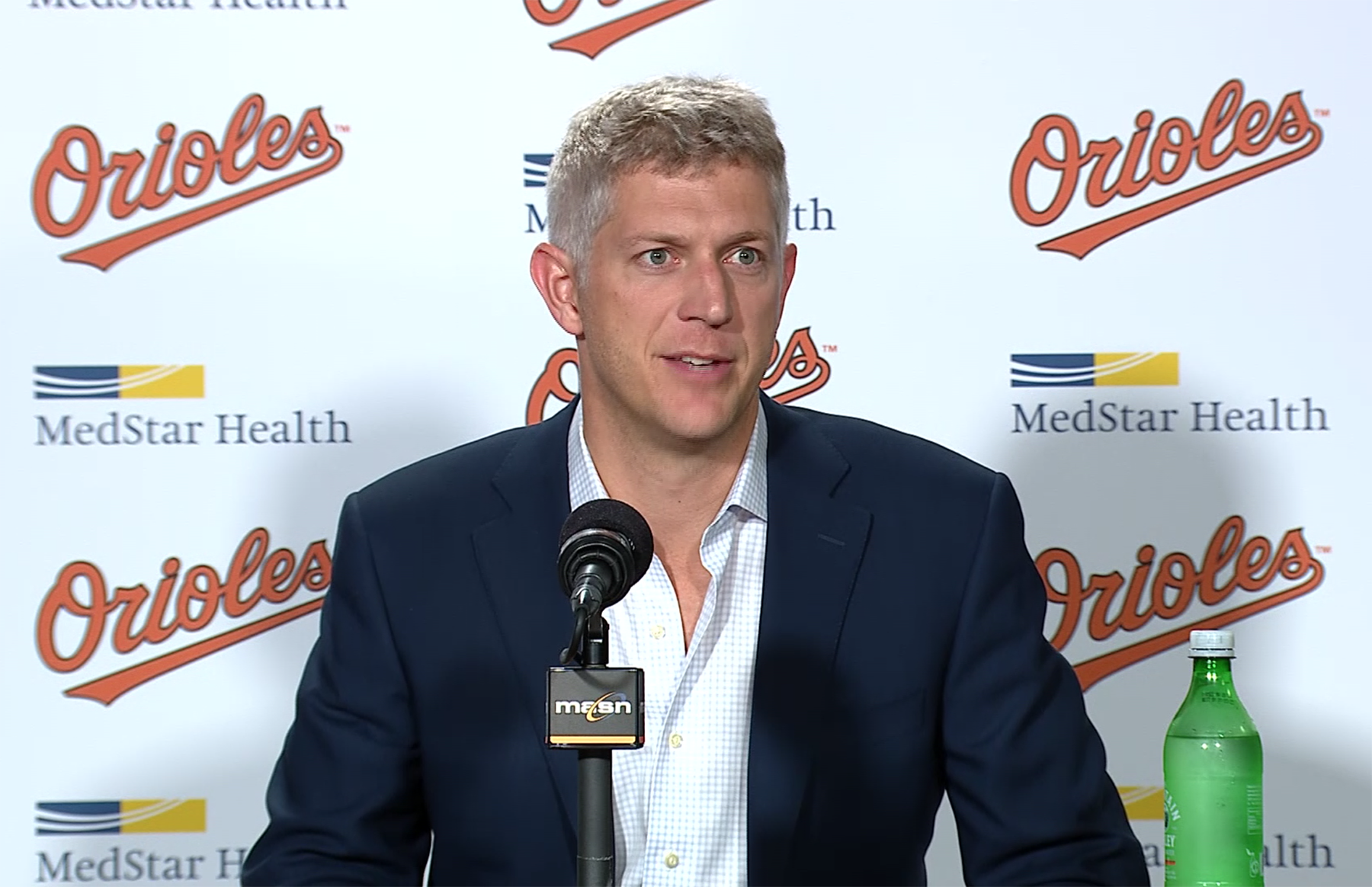 SAN DIEGO—In Mike Elias’ first four years as the Orioles’ head of baseball operations, he hasn’t signed a free agent to a multi-year contract. That could change. He says that the team has made offers of more than one year to free agents, and the man who covets draft choices isn’t promising he won’t surrender one for the right free agent.

If the Orioles were to sign free-agent pitchers Chris Bassitt, Nathan Eovaldi or Carlos Rodón, who received and rejected $19.65 million qualifying offers from the teams they pitched for in 2022, they’d have to forfeit a third-round draft choice.

“It’s just something that we factor in,” Elias said on Monday at the first day of the Winter Meetings. “It’s not going to make us turn away from anybody. You don’t love giving up a third-round pick. I don’t think it’s any type of non-starter.

“Fortunately, we have a great farm system right now, so I think that would put you in a little bit of a position of comfort versus a team that didn’t feel like it was using its minor league spots well. We have guys up and down the system getting repetitions. It puts you in a little easier mindset if does end up being the case.”

Elias says he’d consider a three- or four-year contract if the player matched up.

“We’ve had conversations already and offers already that have been more than one year,” he said. “We’ll see where this goes. I think it’s all so case-by-case that it sounds a little boring for me to answer it this way, but it’s true. It just depends on the situation and the position and the players and the dollars and everything little thing that we look at.”

Acquiring pitching: After announcing the signing of Kyle Gibson, Elias said that the Orioles could consider acquiring the other starter he’s looking for with a trade.

“We just signed a free-agent pitcher. We’re going to try to sign another one,” Elias said. “Major league acquisition by a trade is a wide-open possibility. You’ve got to put the odds against them happening, generally speaking. Just for two teams to line up and 29 other competitors out there, very, very  low percentages usually.

“We have tons of conversations and constant ideas going on and eventually you do end up finding a match sometimes. We’re going to look at that. We have the farm system depth to do it, doesn’t mean we want to lose those guys or give them away. I think we have the capital to trade for basically anyone who’s on the market. It’s whether or not we’re going to want to meet the acquisition cost of any of these players versus the alternatives in free agency.

“We’re going to be simultaneously looking at free agent and trade pursuits when it comes to rotation.”

Bruce Zimmermann started 13. DL Hall made his major league debut at Tampa Bay in August, and Keegan Akin made an emergency start on Labor Day when Jordan Lyles felt ill while warming up.

“We did for much of last year,” Elias said. “I think you do miss the lefty a little bit. We’d love to have one. There’s just so few out there. It’s hard for me to see that it’s mandatory for us to get a left-handed starter.

“With Gibson in the fold, it might lean us a little bit that way, but I don’t think we’re in a position of having enough free-agent pitchers out there to go around where you want to rule out 70 percent of them … Our ballpark now is really attractive for a left-handed pitcher, given that right-handed hitters usually have the platoon advantage over the left-handed pitchers.

“They now have that wall to deal with in left. I think there might be some mutual appeal with left-handed pitchers.” The Orioles moved the left-field wall back nearly 30 feet and raised it 6 feet in 2022.

“We have right-handed players. [Ramón] Urías projects to play a lot of second base … Left-handed bats tend to fit better for those needs right now.”

The Orioles also could add a veteran reliever.

“We’re definitely checking into any opportunities in the bullpen market,” Elias said. “But it’s something we’re a little more comfortable waiting and see how the market develops there and concentrating on some other targets, specifically in the starting rotation and seeing how that, if we do get another starter how that ripples for the rest of the staff.

“We’ve got some young pitchers that can possibly if they don’t make the Opening Day staff rotation can slide into the bullpen so definitely would not rule out a bullpen acquisition, particularly of a veteran variety with our young group. It’s fair to say that we’re having more conversations on position players and starting pitchers.”

What’s liftoff? In August when Elias declared that “I think it’s liftoff from here for this team,” many fans assumed he meant the Orioles would be aggressive in the free-agent market.

“I rattled that word off in Texas. I feel very organically that is what I meant,” Elias said. “I mean I think this team is going to continue to get better from this point forward.

“We’re sitting here with this young nucleus that’s extremely talented that’s going to be here for a long while. We’re sitting on the number one farm system. We have a roster and a payroll that we can custom build over the next few years because we don’t have any long-term contracts to build around and this is not a specific proclamation that we’re going to do it all at once in the Winter Meetings, but that the next several years of baseball in Baltimore is going to be excellent.

“I think the team is going to continually improve, and we’re going to build the business of Baltimore baseball back up over the next several years.

“We’re on the upswing. That’s what I mean when I say that. It’s a very exciting time for us. It’s been a long time coming and a lot of work getting to this point, but to be on the upward arc of where we’re at, regardless of what we do or don’t do this winter, I think is very encouraging for all of us in this organization and for the fans and for the players.”