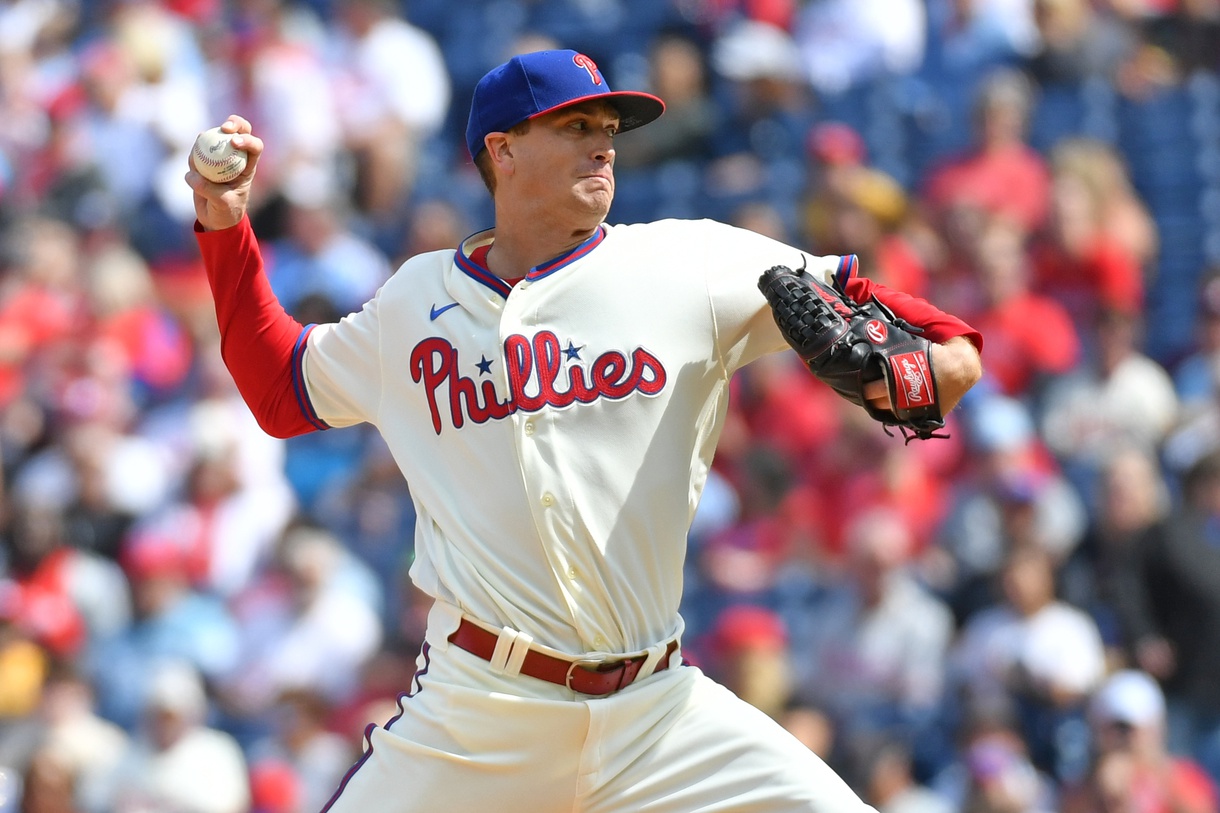 SAN DIEGO—The Orioles signed right-handed starter Kyle Gibson to a one-year, $10 million contract on Monday. Executive vice president/general manager Mike Elias announced the signing as he began his briefing with reporters on the first day of the Winter Meetings.

“This is a guy who’s thrown 1,500-some innings in his 10-year major league career,” Elias said. “Tremendous reputation around the league as a leader, but also the type of linchpin that will benefit our young pitching staff. In the rotation, he predicts to cover a lot of innings, a lot of starts for us.”

Gibson, who was 10-8 with a 5.05 earned-run average in 31 games for the Philadelphia Phillies in 2022, was selected for the American League All-Star team in 2021 and pitched an inning in this year’s World Series.

“He’s got six pitches,” Elias said. “He’s a guy our pitching department thinks can tap into a new gear.”

Elias said that manager Brandon Hyde, who was named the Manager of the Year by Baseball America, pitching coach Chris Holt and assistant pitching coach Darren Holmes and others have participated in Zoom calls with eight potential free agents.

The Athletic’s Ken Rosenthal reported that Gibson had an identical offer from another team, but Gibson preferred the Orioles because of their now pitching-friendly ballpark — after moving back the left-field wall by nearly 30 feet and raising its height by 6 feet — strong infield defense and the ability to work with catcher Adley Rutschman.

“We targeted Kyle. He was a priority for us,” Elias said. “We saw a lot of things to us that projected well into the future for Kyle. I think he’s going to have a really nice season for us. He’s a really good fit. It puts us in a position of security with our rotation and the pitching staff as we proceed through the rest of the offseason.”

The Orioles could have exercised an $11 million option on 32-year-old Jordan Lyles, who was the top performing starter last season and a mentor to his teammates, but declined it.

“We’re trying to bring in one more major league starter,” Elias said. “We’ll see what happens. I can’t predict the future or guarantee anything, but it’s definitely on our wish list to get another veteran major league starting pitcher, and anyone who’s out there that is a free agent is on our wish list in some, way shape or form. We’ll see where the market goes and what we decide to do.”

Elias said that John Means, who was the Opening Day starter in 2022 and had Tommy John surgery after just two starts, is progressing well and throwing off flat ground, and he thinks Means will return during the summer.

News from Monday: MLB.com reported that the Orioles were one of four teams interested in Jameson Taillon. The others are the Phillies, Mets and Cubs, according to the report.

Two of those teams, the Phillies and Mets, made big news by reported agreements with one of the four top shortstops on the market (Trea Turner, 11 years, $300 million with Philadelphia) and the biggest name starter, (Justin Verlander, two years, $86.66 million with the Mets).

The Orioles weren’t expected to be in the race to sign Verlander or Jacob deGrom, who left the Mets for the Texas Rangers for a five-year, $185 million contract.

With deGrom and Verlander spoken for, the top remaining free-agent pitcher is Carlos Ródon, who, according to a report in the New York Post, is seeking a six-year contract.

“We saw some big news today,” Elias said. “I think we have to have different plans in place in different avenues of targets that we’re looking at. I just don’t really know. I just know that we want to get another pitcher, at least at some point who we can pencil in the rotation, whether it’s the Opening Day spot or in the top 5 somewhere. I don’t know yet.”

Notes: The Orioles signed right-hander Ofreidy Gomez to a minor league contract. Gomez was 1-3 with a 5.19 ERA and two saves in 38 games with Triple-A Lehigh Valley and Double-A Reading in 2022. … Tickets for spring training games go on sale on Friday at Orioles.com/SpringTickets. … Thomas Eshelman, who pitched 31 games for the Orioles from 2019-21, his only major league experience, retired to become a pitching coach in the San Diego Padres organization.