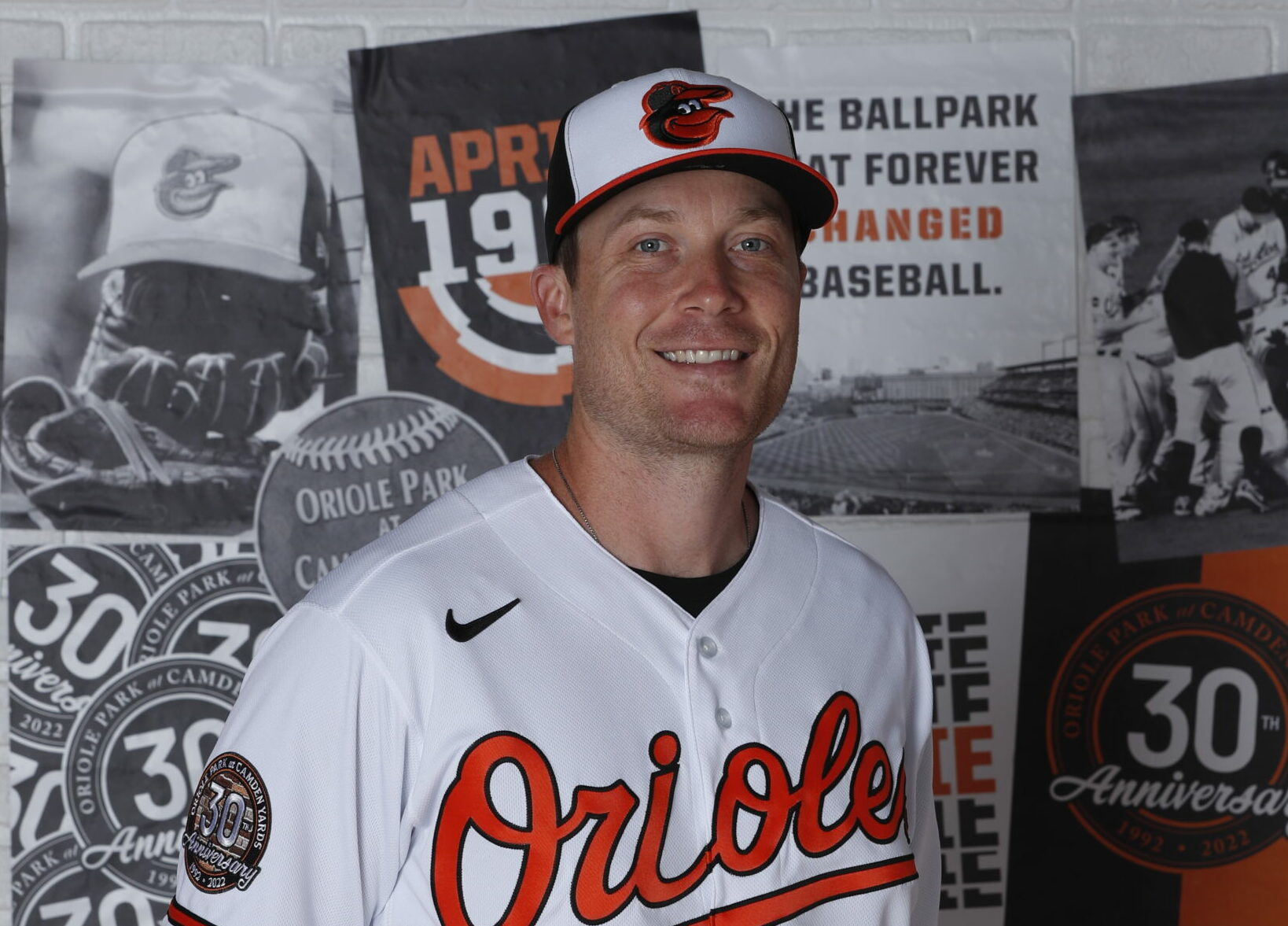 This week, the Orioles named Cody Asche as their first offensive strategist. Asche joined the Orioles for the 2022 season as their upper-level minor league hitting coach.

Unlike co-hitting coaches, Ryan Fuller and Matt Borgschulte, Asche has major league experience, playing four seasons with the Philadelphia Phillies and one with the Chicago White Sox from 2013-2017.

His role hasn’t been strictly defined, he said this week in a Zoom call.

“I think that’s something we’re still really trying to cement down,” Asche said. “The day-to-day, exactly what I’ll be doing.”

Asche said that the Orioles have done well at hiring talented coaches and instructors and not giving them exact duties.

“Allowing the role to morph into something that gets the most out of that person,” he said. “This allows you the opportunity to be successful. The way I see it, I’ll be an asset to Fuller and Borgs, hopefully to [manager Brandon Hyde] and [bench coach Fredi González] in game-wise, have contact with the front office and the analysts. I’ll hopefully be a Jack-of-all trades and just be there to support, help our hitters to get better.”

“On the surface, it might seem a lot more important than it really is,” Asche said. “If you asked that question 10 years ago, probably really, really important, but I think that this newer age of hitter, I don’t think they necessarily care all that much.

“They just want good information, and they want coaches that care, and they want coaches that can help them. Myself having some experience on the field in a major league setting, stepping into a box like that, I think that helps diversify our coaching staff just a little bit to where I can be a voice in the room with Fuller and Borgs and help them understand things maybe they haven’t gone through.”

During a game, time is limited, and brevity is vital.

“If [Ryan] Mountcastle is leading off, and we have a long inning on defense, and they bring in a new righty, you might only have 25 seconds to get his ear and give him a little bit of a nugget,” Asche said.

Asche has gotten to work with the top Orioles’ hitting prospects, and he’s excited about the future of the team.

“It was a big year for us in the minor leagues,” Asche said. “We needed to have some development of some high-level players. We did a good job of putting those guys in good situations. We’re really deep as an [organization] in the hitting side right now.”

In 2018, Asche played in Triple-A for the Mets and Yankees. His career ended with 23 games in Double-A for Boston and six games in the Independent Atlantic League in 2019.

Hitting and pitching instruction has changed radically in the short time since Asche played, but he said he was preparing to coach when he played. He would organize extra hitting sessions among his teammates.

“I’m really just infatuated by hitting,” Asche said. “I just love it so much. It was just a natural transition.”

Asche is trying to provide the type of coaching he didn’t have when he was a big leaguer.

“Would it have made me from a fairly average major leaguer to an All-Star?” he said. “Maybe not. I think what it would have done is to exit the game with a lot less ‘what ifs?’

“The way that coaching has evolved, you’re just a little bit more involved with the player and a little more invested in the player, and I think it’s tremendously important for the game … That transition to the big leagues has started to become a little bit easier on young players, and I think that’s because the newer requirements of the hitting coach is really there to support, support, support and support.”